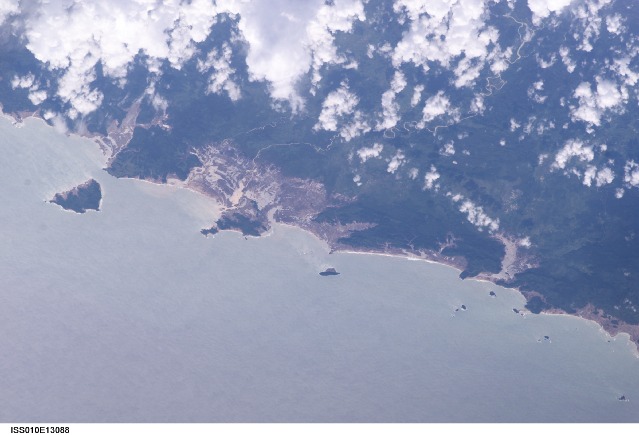 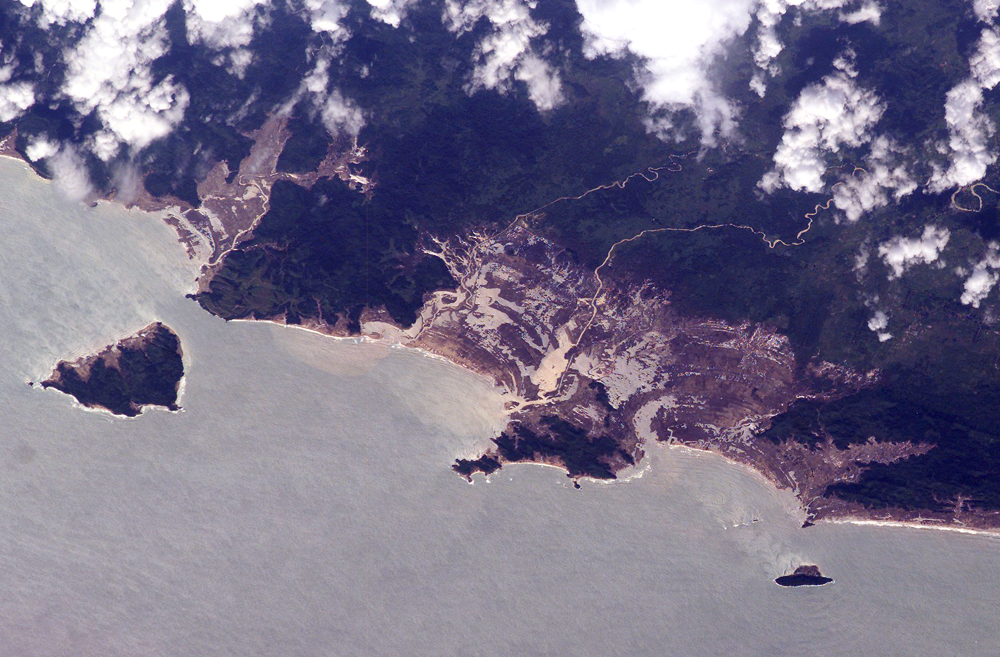 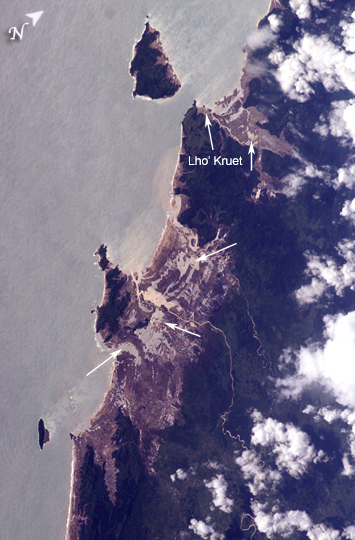 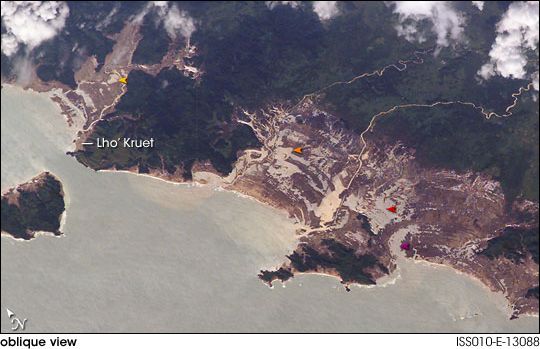 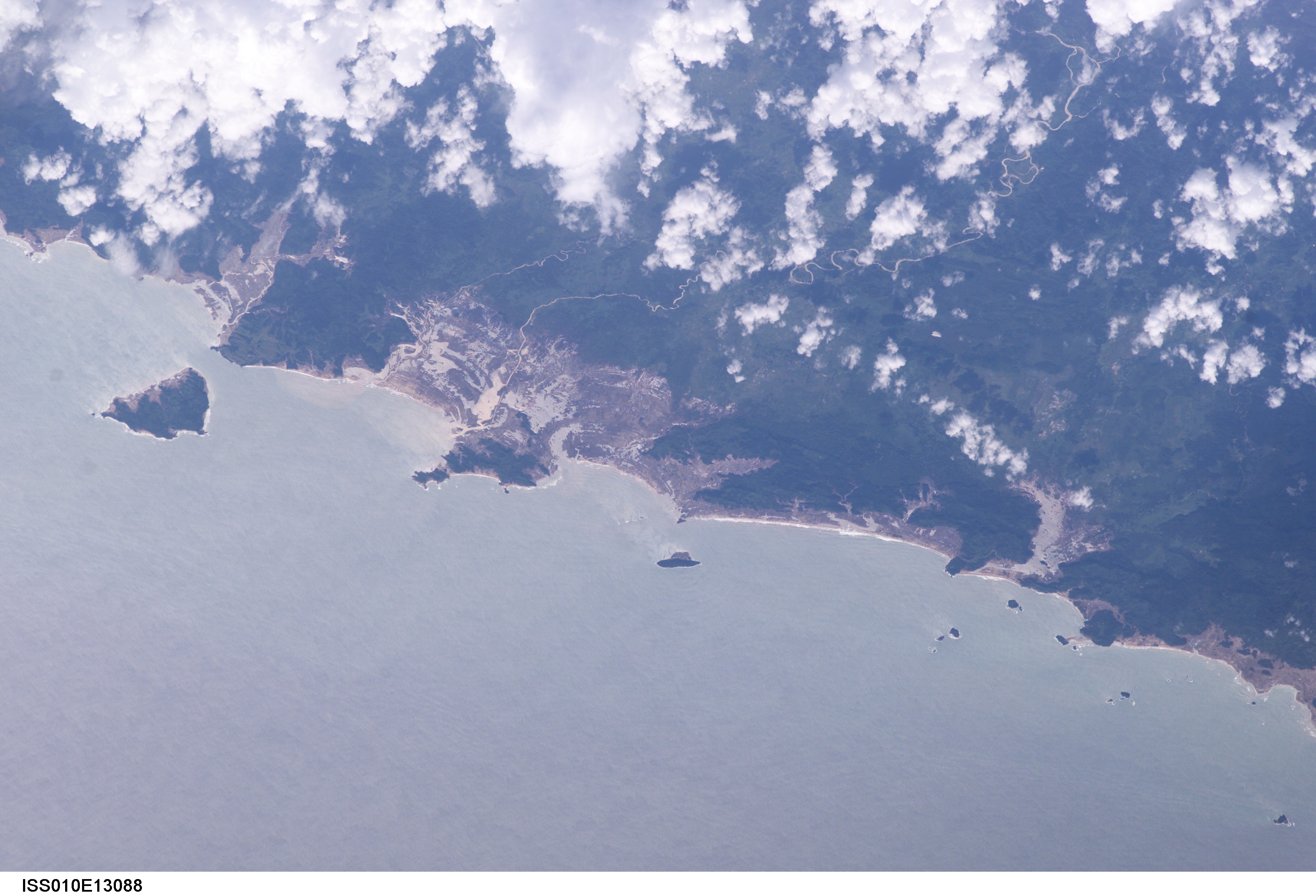 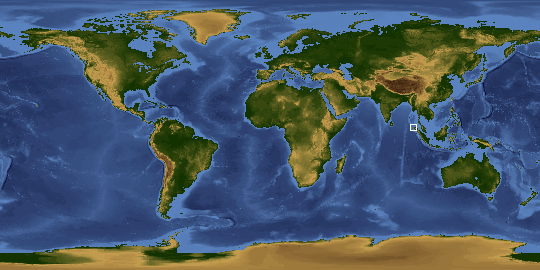 On December 26, 2004, a large (magnitude 9.0) earthquake occurred off the western coast of Sumatra in the Indian Ocean. The earthquake was caused by the release of stresses accumulated as the Burma tectonic plate overrides the India tectonic plate. Movement of the seafloor due to the earthquake generated a tsunami, or seismic sea wave, that affected coastal regions around the Indian Ocean. The northwestern Sumatra coastline in particular suffered extensive damage and loss of life. These astronaut photographs illustrate damage along the southwestern coast of Aceh Province in the vicinity of the city of Lho' Kruet, Indonesia.

Large areas of bare and disturbed soil (brownish gray) that were previously covered with vegetation are visible along the coastline in the near-nadir (top) image. Embayments in the coastline were particularly hard hit, while adjacent headlands were less affected. The oblique (lower) astronaut photograph was acquired 45 seconds after the near-nadir photograph, and captures sunglint illuminating the Indian Ocean and standing water inland (light gray, yellow). Distortion and scale differences in the images are caused by increased obliquity of the view from the International Space Station. Arrows on the photographs indicate several points of comparison between the two images. Standing bodies of seawater may inhibit revegetation of damaged areas and act as sources of salt contamination in soil and groundwater.