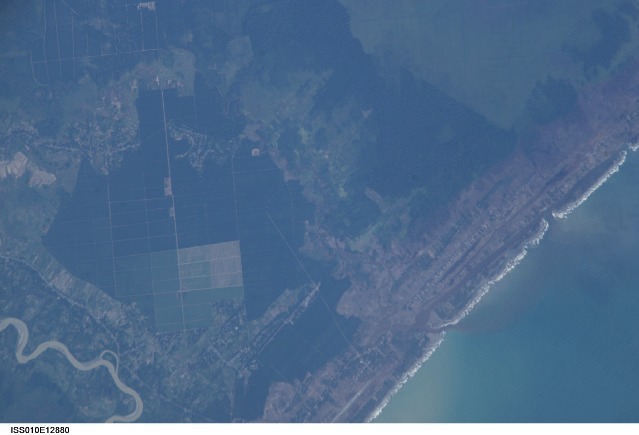 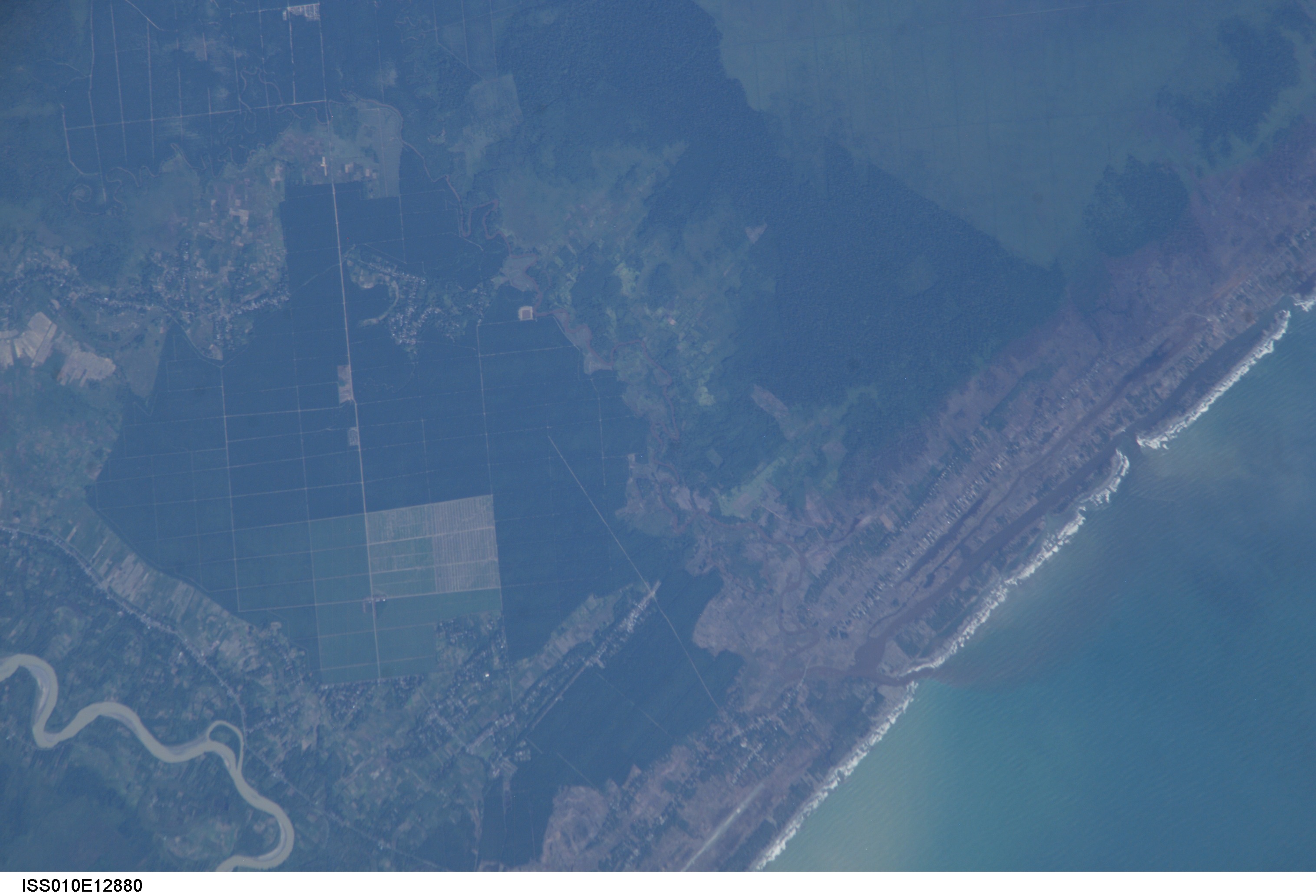 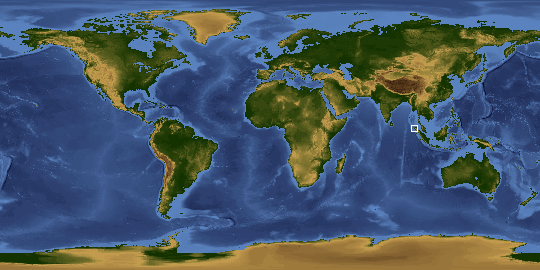 Other options available:
Download Packaged File
Download a Google Earth KML for this Image
View photo footprint information
Download a GeoTIFF for this photo
Image Caption: ISS010E12880 (13 January 2005) --- One of a series of post-tsunami digital still images which were photographed from the International Space Station on January 13, 2005 . This image is centered at 4.04 degrees north latitude and 96.28 degrees east longitude on the northwest coast of Sumatra. According to NASA scientists studying the ISS imagery, the frame shows a devegetated coastal condition, caused by the tsunami.