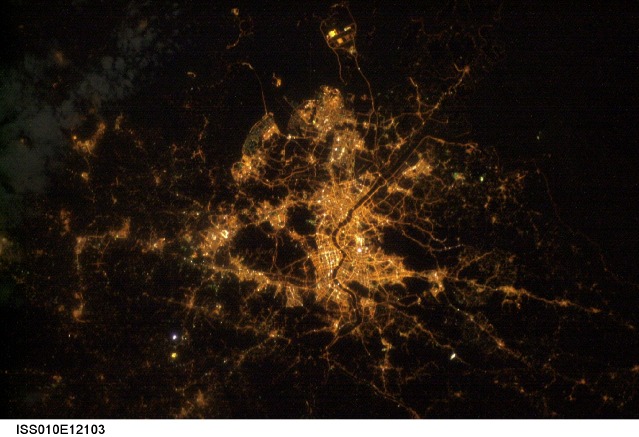 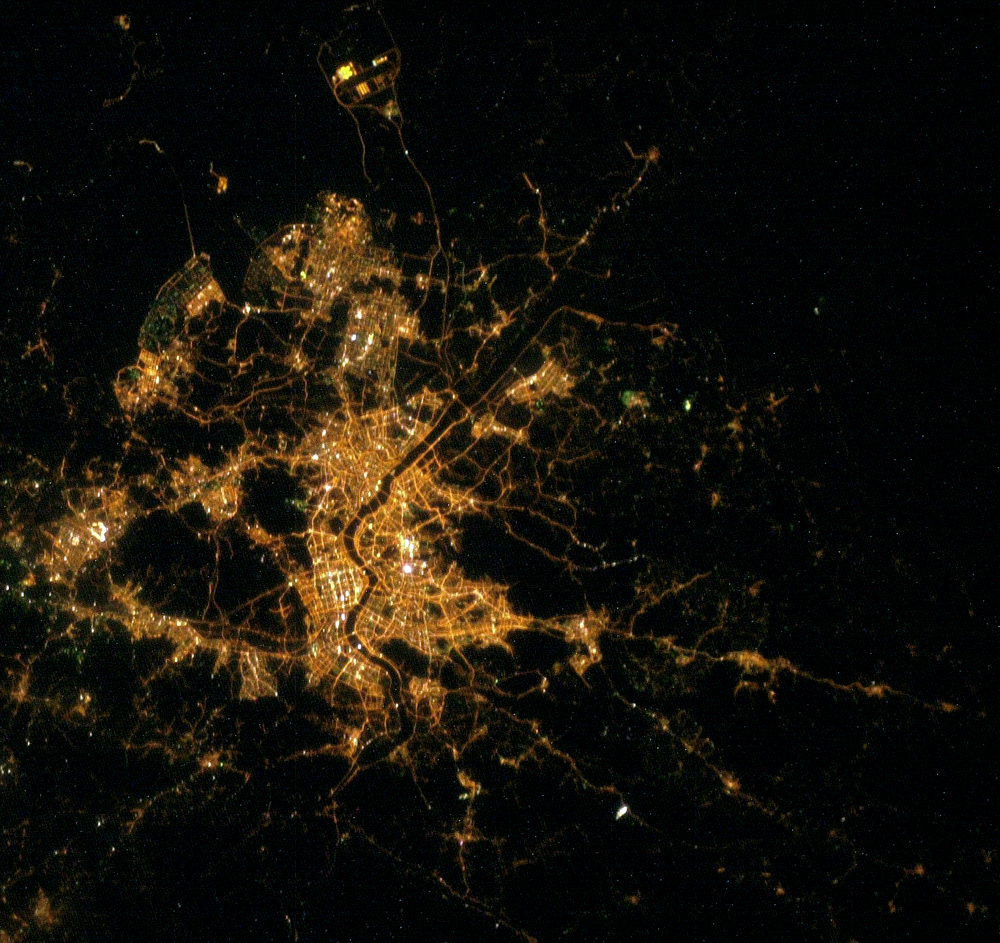 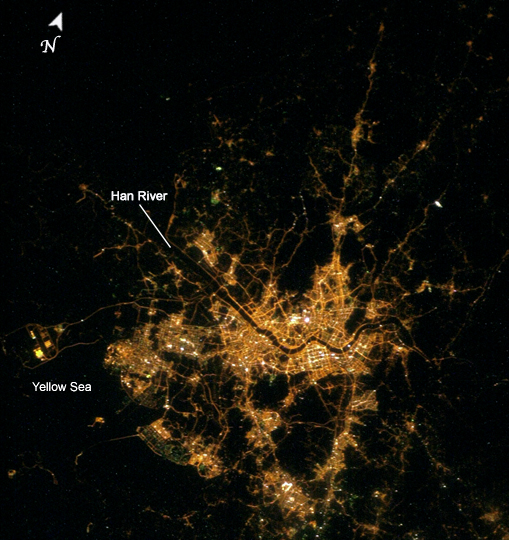 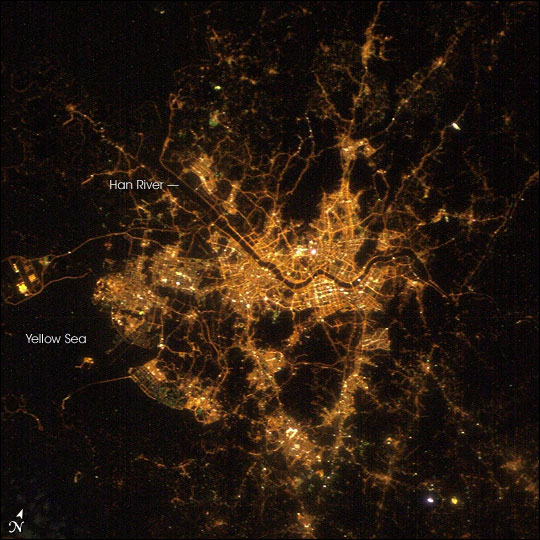 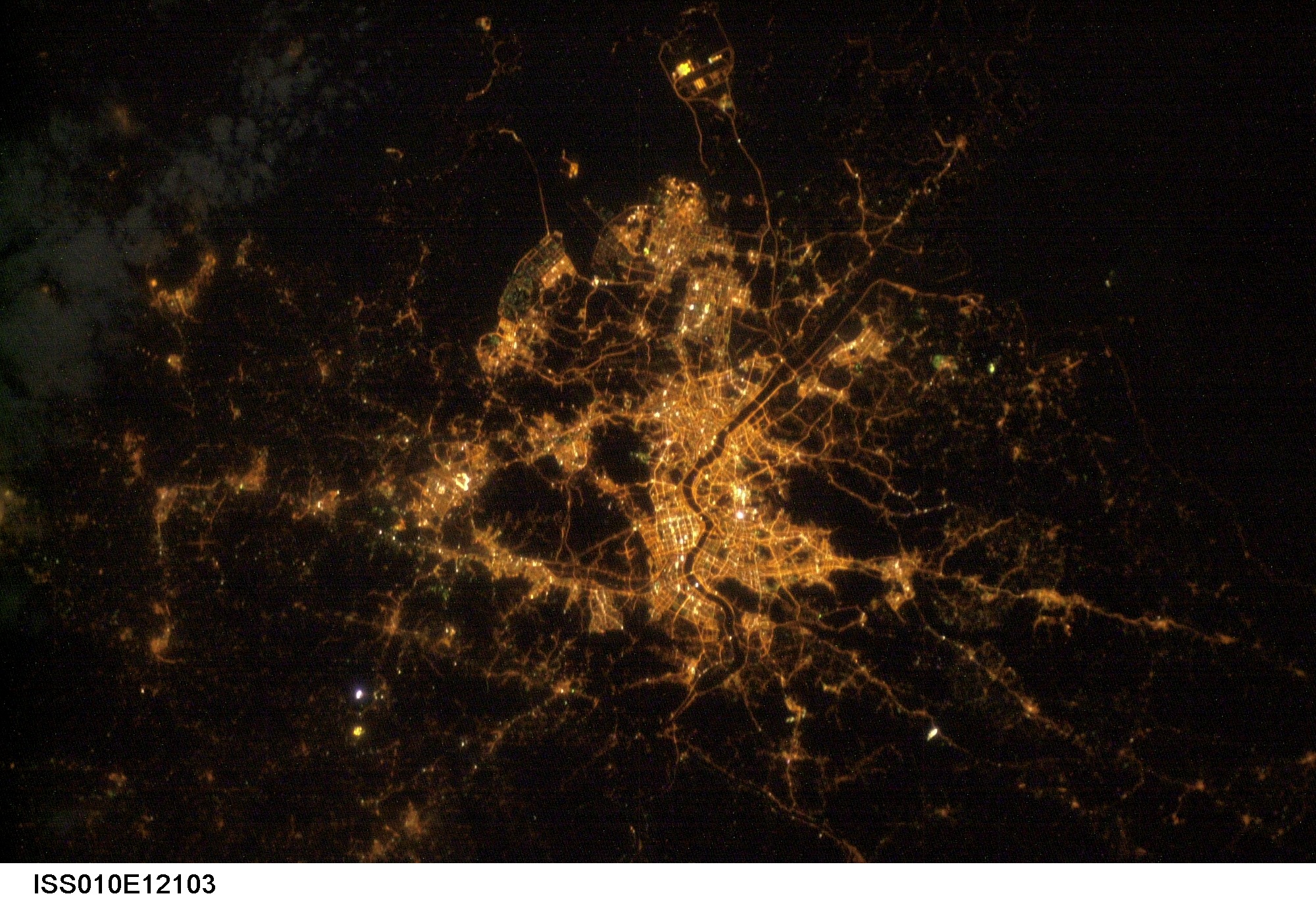 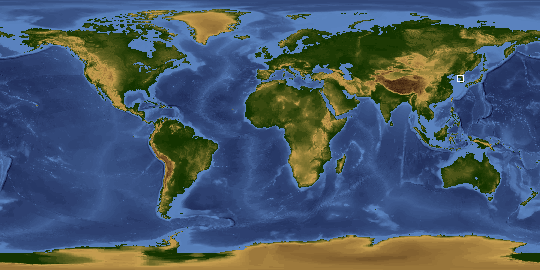 The city of Seoul (originally known as Hanyang) has been the capitol of Korea for more than 600 years. It became the capitol of South Korea as part of that country's independence in 1949. Despite this long history, Seoul is a thoroughly modern megacity that has a population of over 10 million people. As the dominant (or "primate") city in South Korea, Seoul is a major force in regional politics, finance, culture, and education.

This astronaut photograph illustrates the Seoul urban area at night. Major roadways and river courses (such as the Han River) are clearly outlined by street lights, while the brightest lights indicate the downtown urban core (center of image) and large industrial complexes. One such complex is located at the far left of the image and occupies an island in the Yellow Sea. Very dark regions in the image are mountains or large bodies of water. Nighttime images have been used extensively in urban climate and urban growth research to map the extent of urban (bright) versus rural (dark) regions.