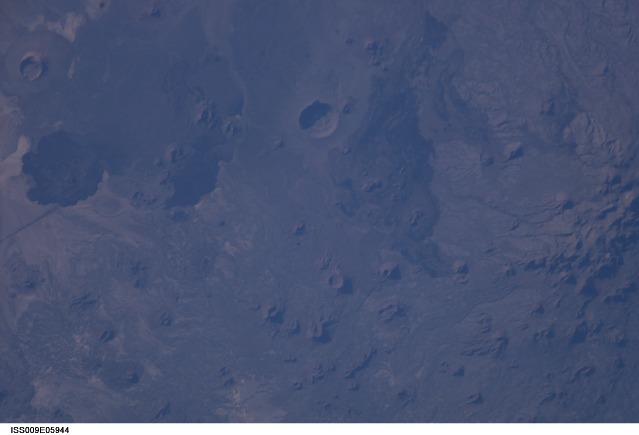 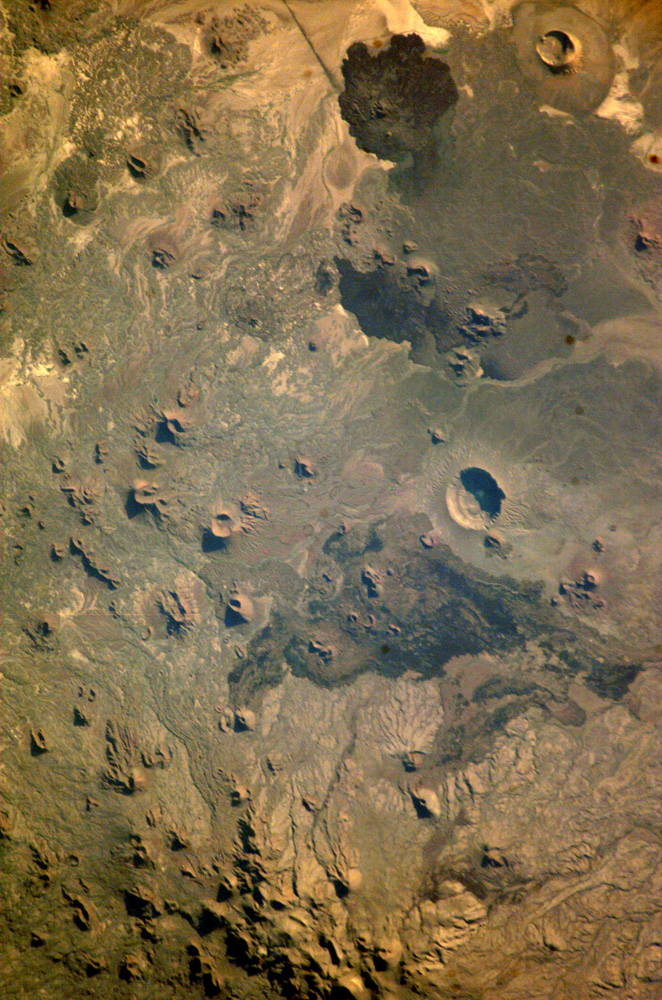 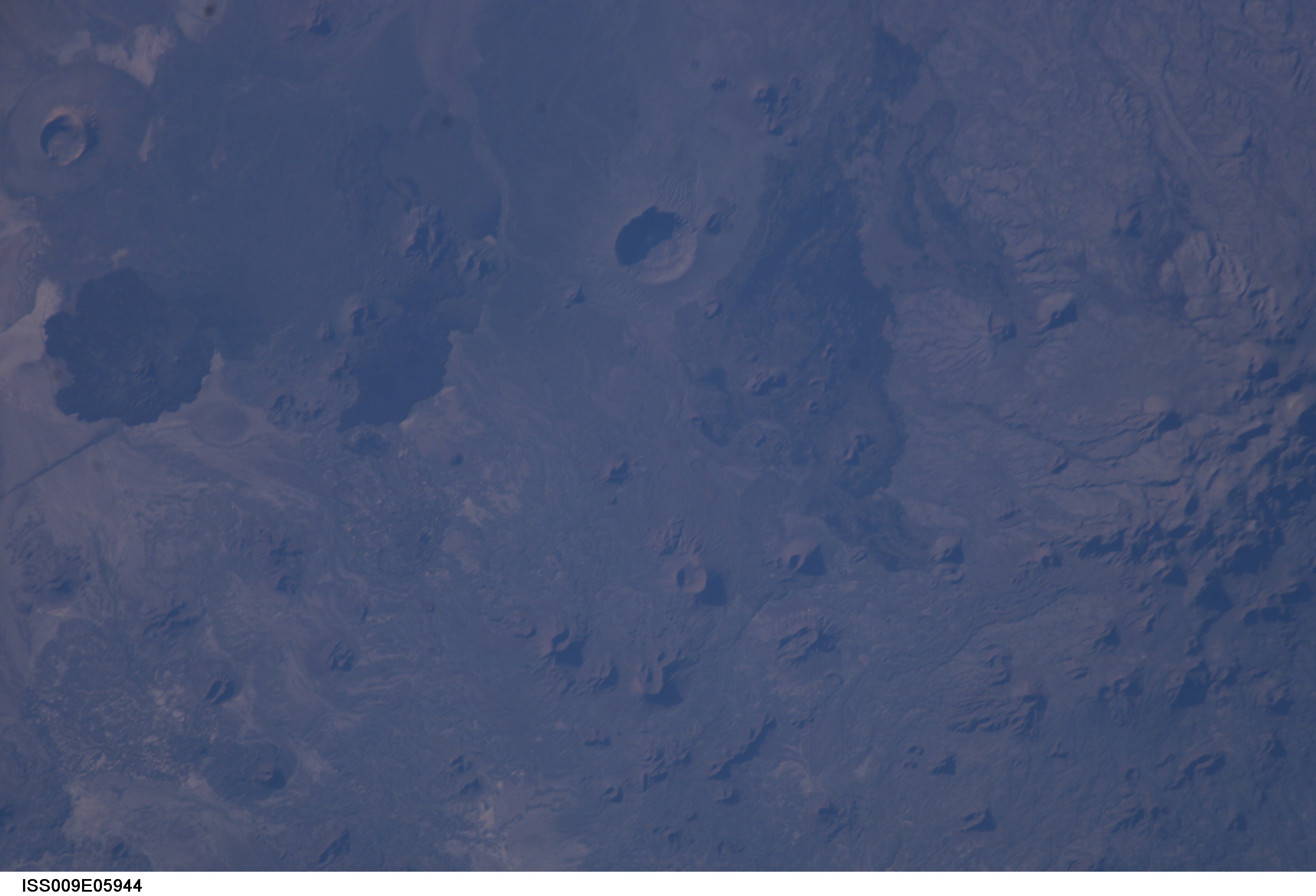 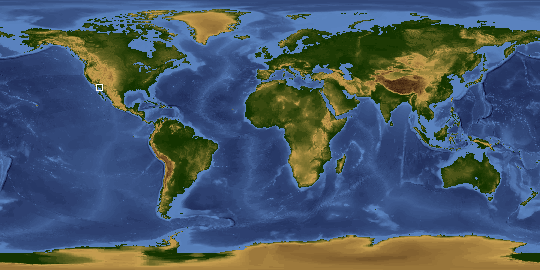 Other options available:
Download Packaged File
Download a Google Earth KML for this Image
View photo footprint information
Download a GeoTIFF for this photo
Image Caption: Pinacates Biosphere Reserve:
The Pinacates region of Mexico's Sonoran Desert is one of the most unique and striking landscapes in North America. Located just a few miles south of the Mexico-Arizona border, this volcanic field originated with the rifting of the Gulf of California millions of years ago, but the features seen today (volcanic peaks, lava flows, cinder cones and collapsed craters) formed in the late Pleistocene period (2 million to 11,000 years ago). The volcanic range is surrounded by one of North America's largest dune fields, Gran Desierto.

The natural history of the region includes thousands of years of human occupation; it is the aboriginal homeland of the O'Odham tribe, also known as the Papago. The region also served as an early training site for Apollo astronauts in the 1960s. This ecosystem supports a wonderfully diverse northern Sonoran desert assemblage of plants and animals, including large saguaro cacti, ocotillo, many species of reptiles, amphibians, and insects. In fact, the name Pinacate is derived from "pinacatl," the Aztec name for the desert stink beetle, which is common in the region. The natural and cultural resource management of the region, including the archeological sites and the high biodiversity, is now guaranteed: the site was declared a UNESCO Biosphere Reserve in 1993.

Early in May 2004, the new Space Station crew (ISS-9) obtained high-resolution images of the Pinacates, allowing for detailed observations of the surface features. One example is a large volcanic crater (see box in image ISS009-E-5953, and detail in current image) called Crater Elegante which is one of the most prominent and interesting features of the Pinacates. For scale, the diameter of the crater is approximately 1500 meters. Such detailed images can be used to monitor vegetation and development in the region.