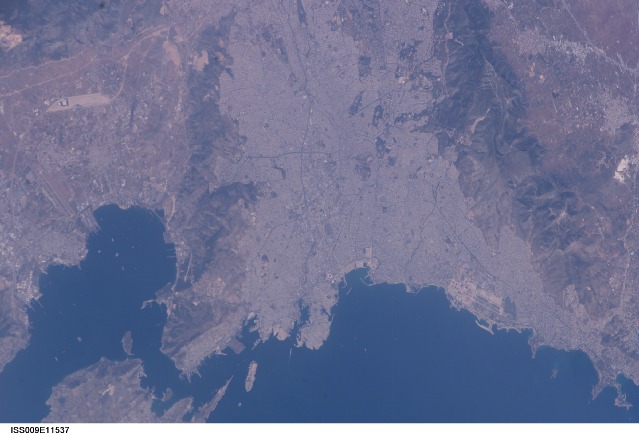 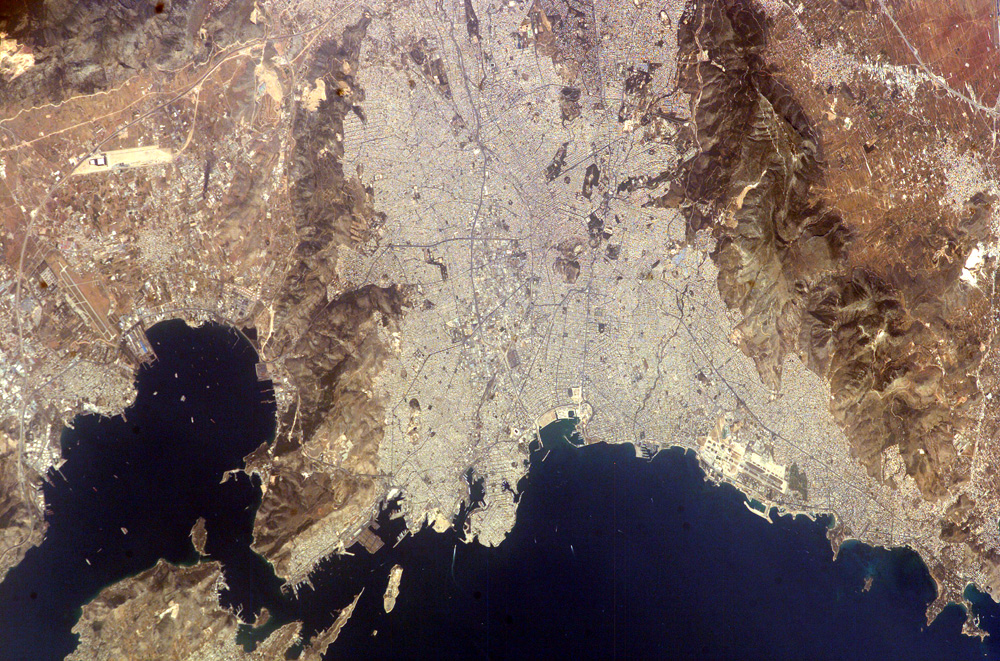 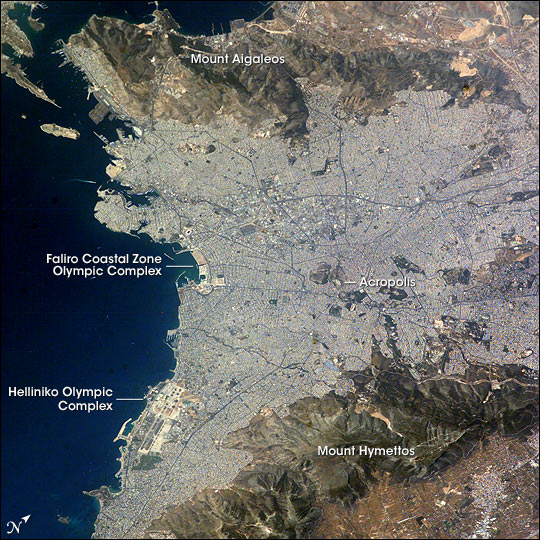 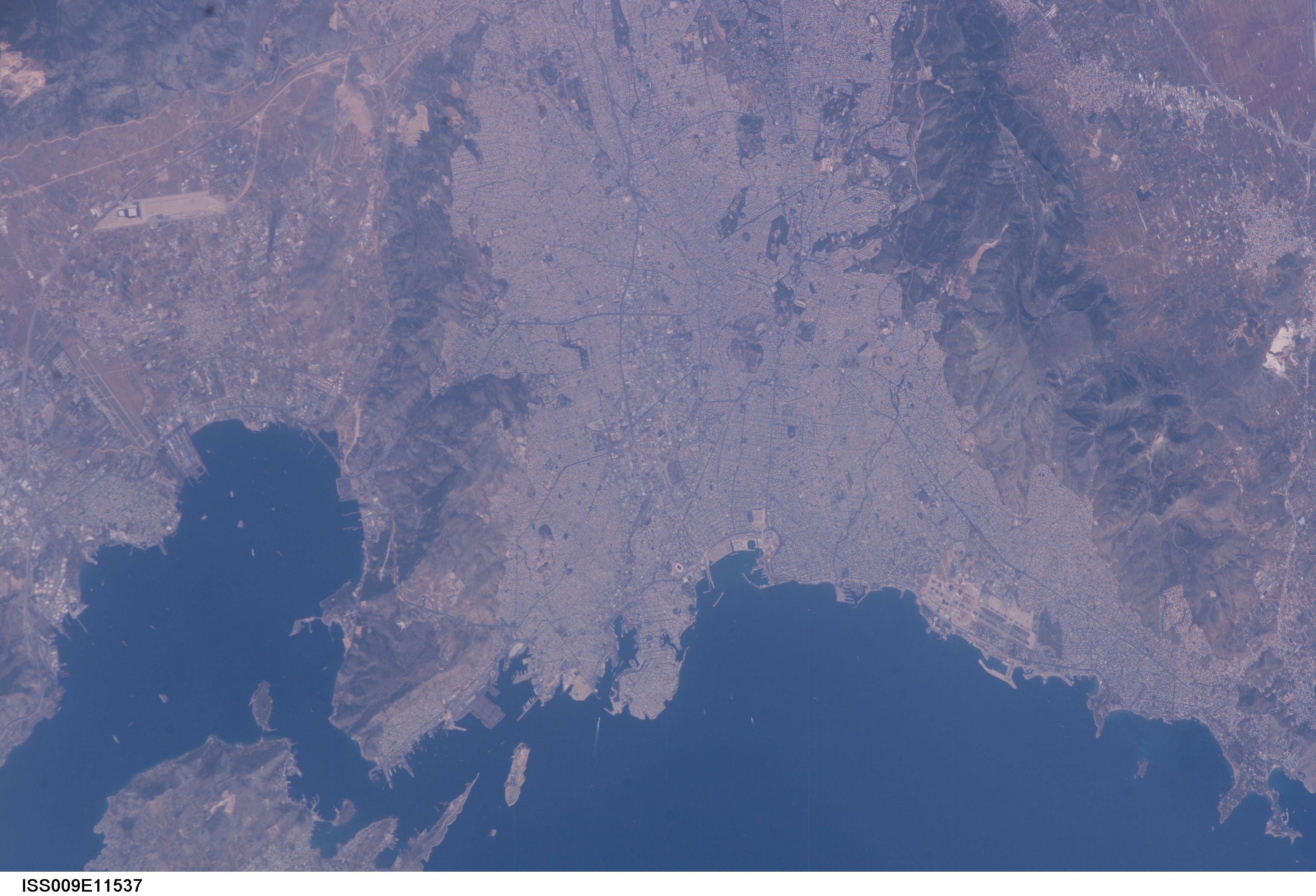 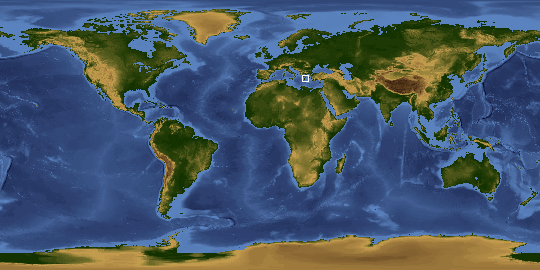 Other options available:
Download Packaged File
Download a Google Earth KML for this Image
View photo footprint information
Image Caption: Athens, Greece:
Athens, Greece, enjoys both historical and current significance on the world stage. The ancient city of Athens, considered to be the birthplace of many Western traditions in philosophy, the arts, and the scientific method, is located in the Central Plains region of Attica in eastern Greece. This astronaut photograph captures the western extent of the modern urban area. The large basin in which Athens is located was formed by faulting and has accumulated thick deposits of clays and alluvium. These clay deposits were the source of Athen's historical (and current) pottery trade. However, the same tectonic processes that lead to the formation of the basin--ongoing collision of the Eurasian and African plates--are also responsible for frequent strong and damaging earthquakes in the region.

There are many remnants of ancient Athens preserved in the modern city, including the Acropolis (labeled above). During the Classical Period, Athens was an important Mediterranean city-state whose enduring political and military dominance of the region was only ended following the Peloponnesian War of 431-404 BC. Following a long succession of foreign rulers, Athens became the capitol of the current Hellenic Republic (Greece) in 1834. The 2004 Olympic Games this week mark a homecoming for the modern Games, which were first hosted in Athens in 1896.

This astronaut photograph includes areas of new construction or renovation for the Olympic Games, such as the Faliro Coastal Zone Olympic Complex and Helliniko Olympic Complex. The image also demonstrates the control of bounding mountain ranges (Mts. Aigeleos and Hymettos) on the western and southern expansion of the Athens urban area. However, polygonal regions of high brightness in and adjacent to the mountains attest to ongoing development and land use change in these areas as well.

The ISS-9 Space Station crew obtained this high-resolution image of the western Athens area in June of 2004, allowing for detailed observations of land cover and land use changes in the urban area.