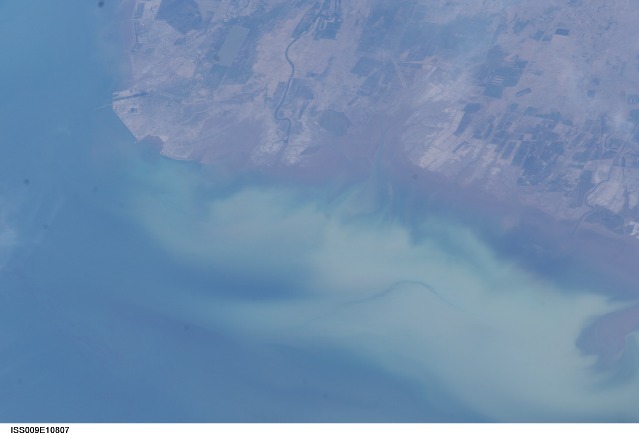 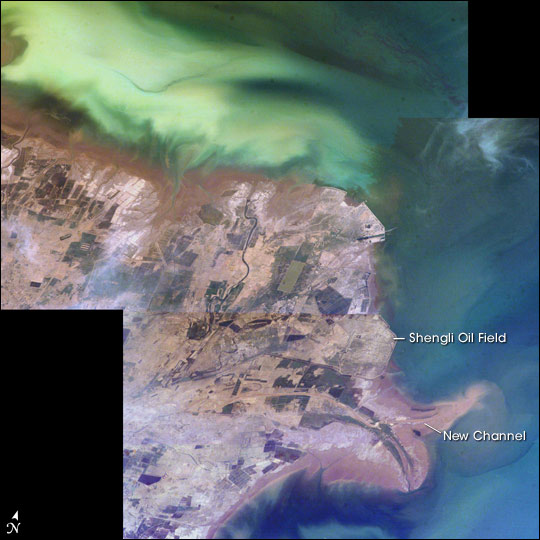 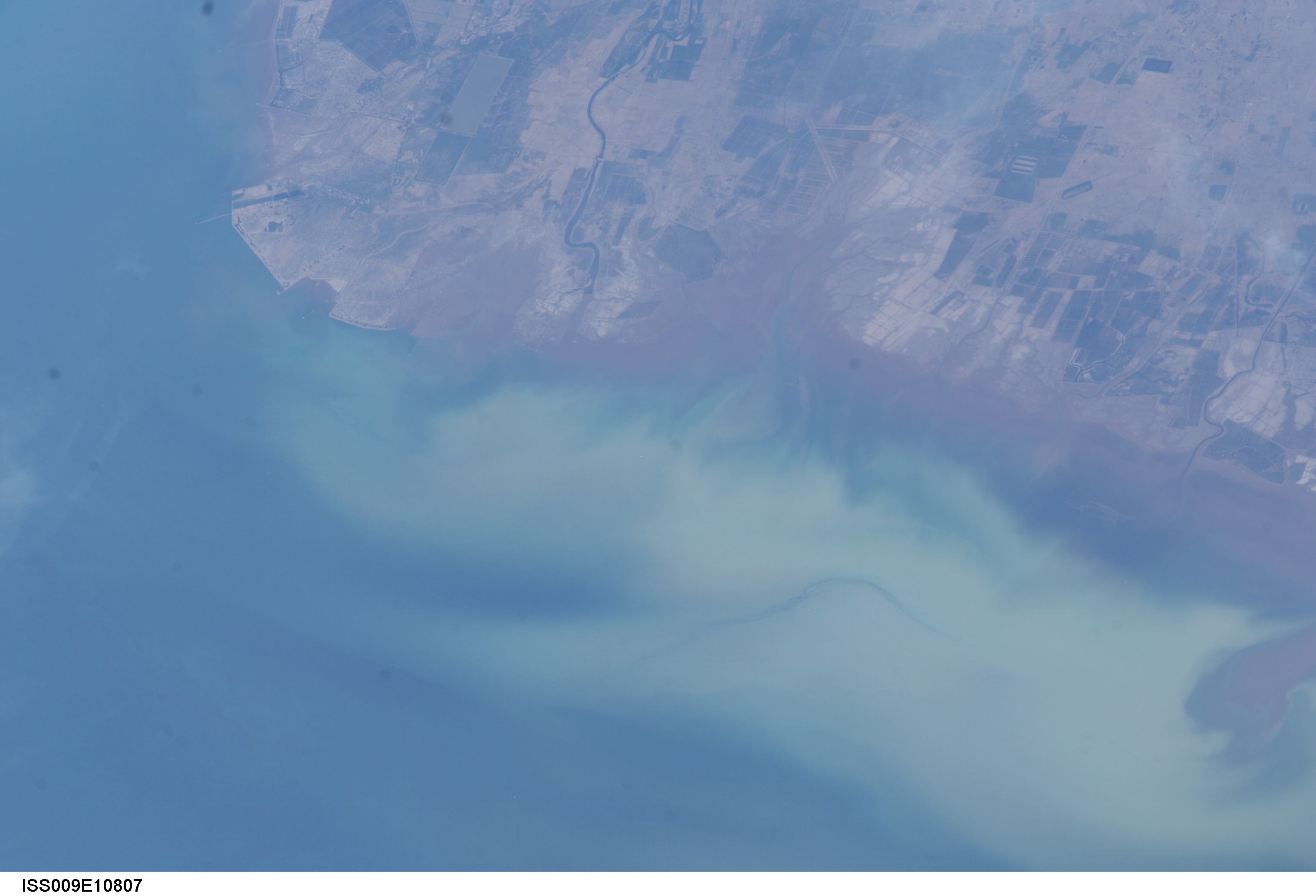 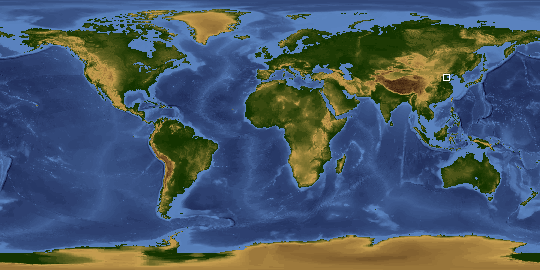 Other options available:
Download Packaged File
Download a Google Earth KML for this Image
View photo footprint information
Image Caption: The Yellow River Delta coastline along the Gulf of Bohai has always experienced dramatic changes, and those changes continue today. Remote sensing provides an efficient mechanism to document both natural and anthropogenic land use changes leading to coastline evolution, and provides context for understanding and quantifying those changes.

This mosaic of images taken by astronauts aboard the International Space Station shows several things. First, the image shows today's configuration of the delta of China's Yellow River, which is one of the most dynamic coastlines on Earth (see the Earth Observatory article Astronaut Photography: Deltas). Second, the scene allows mapping of land use along the coastal plain, including the boundaries of the Shengli Oil Field, China's second largest oil field. But perhaps the most interesting aspect of this image is the large patch of green water off the northern coast of the delta -- a presumed plankton bloom.

Over the past 15 years, several hundred square kilometers of sediment have accreted and eroded from the delta coastline. Two major factors contribute to the changes. The river carries a heavy sediment load, leading to clogged channels and frequent river course changes; and the river is heavily engineered and water demand is greater than supply, resulting in little flow to the coast in recent years. In response to these dynamics, a new channel was cut near the tip of the delta in 1996. Photographs collected by astronauts over the years provide a time series that demonstrate both the scale and specific locations of coastal change. Documentation of current delta changes--including coastal development along the Yellow River several other rapidly changing coastlines-- continues from the International Space Station.