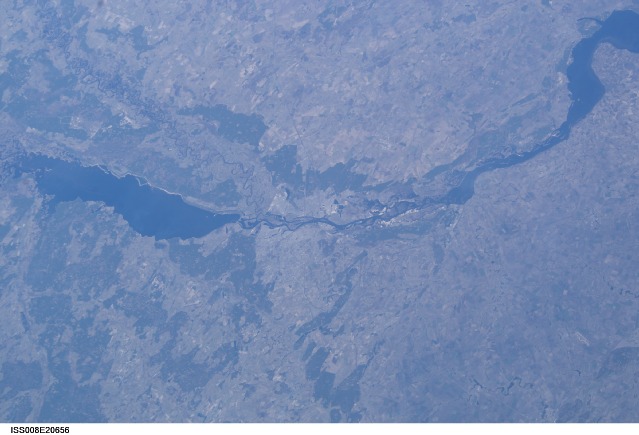 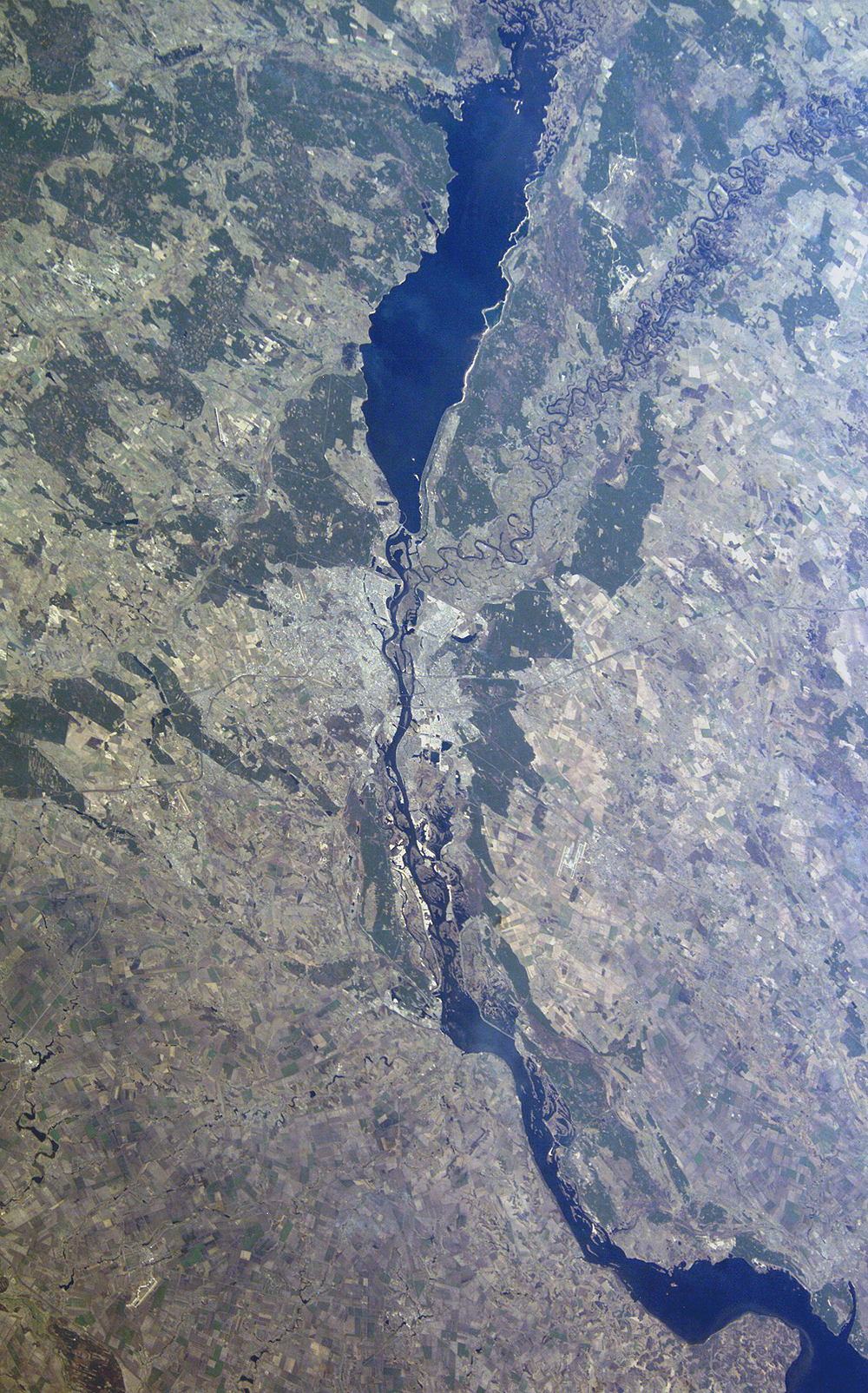 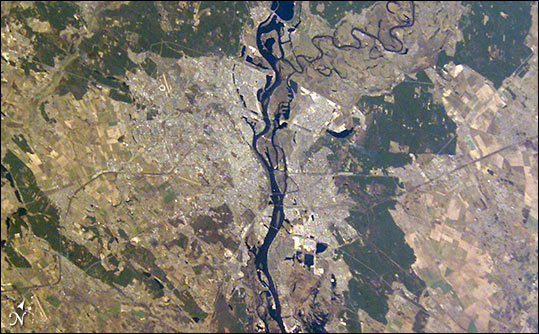 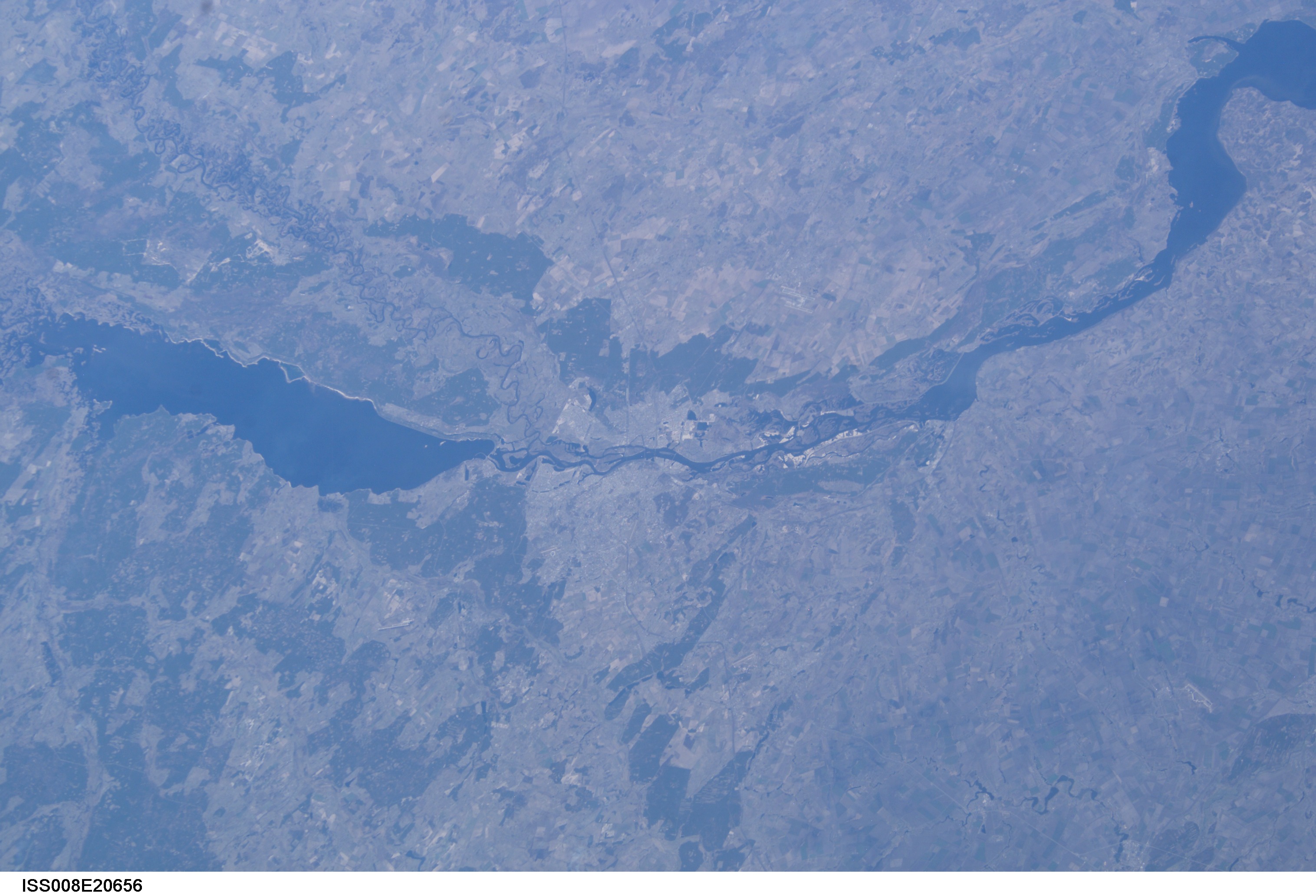 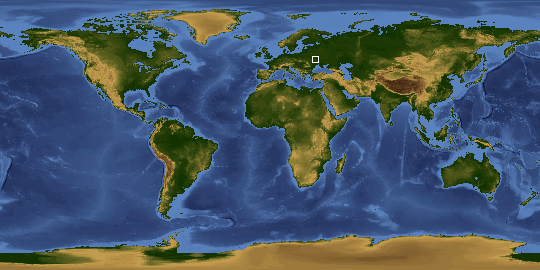 Other options available:
Download Packaged File
Download a Google Earth KML for this Image
View photo footprint information
Download a GeoTIFF for this photo
Image Caption: Kiev, Ukraine:
Last week, The International Space Station Expedition 8 crew took a series of images of the Ukrainian city of Kiev on a reservoir on the Dneiper River. Kiev is the capital of Ukraine and home to nearly 3 million people.

Kiev is rich in the history of western civilization. It was a trade center on the Baltic-Black Sea route in the 11th and 12th centuries, and one of the major cities in the Christian world, until Mongol invaders destroyed the city in 1240. Some of the 11th-century cathedrals, which contain famous artifacts, remain standing and have been restored. Throughout the Middle Ages, Kiev suffered through different occupations, but rose to be the center of Russian Orthodox Christianity by the 1800s. This cosmopolitan city was again largely destroyed during World War II. Despite its turbulent history, many of Kiev's world famous artifacts have been rebuilt, and the city is prominent as a cultural center.