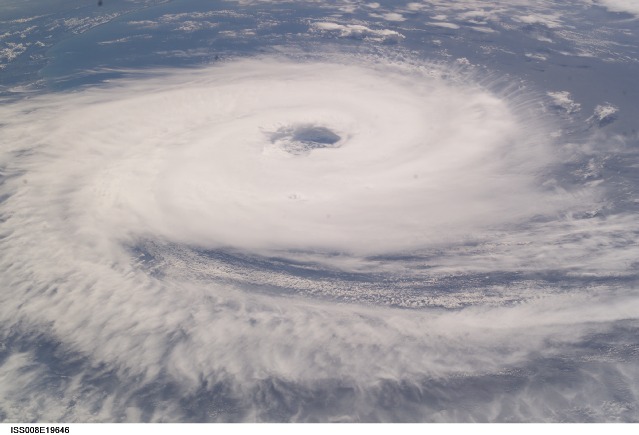 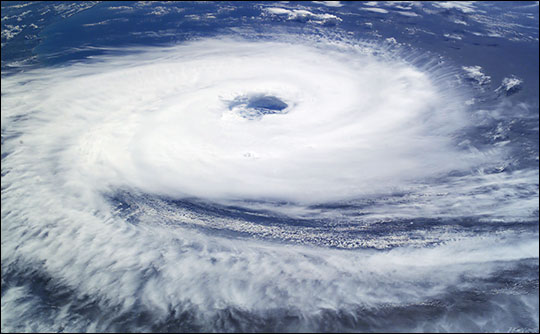 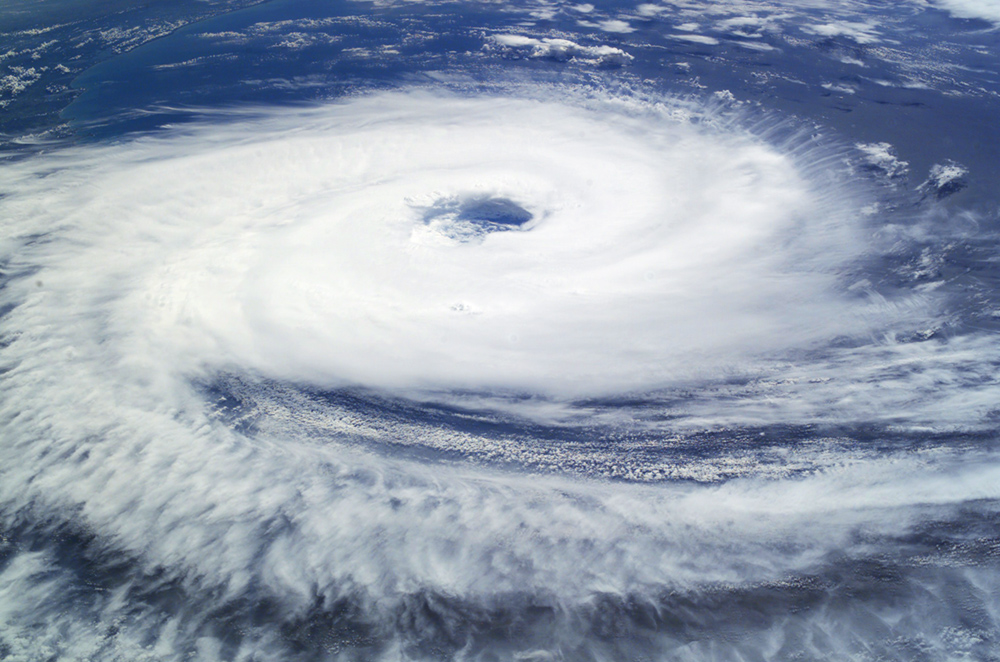 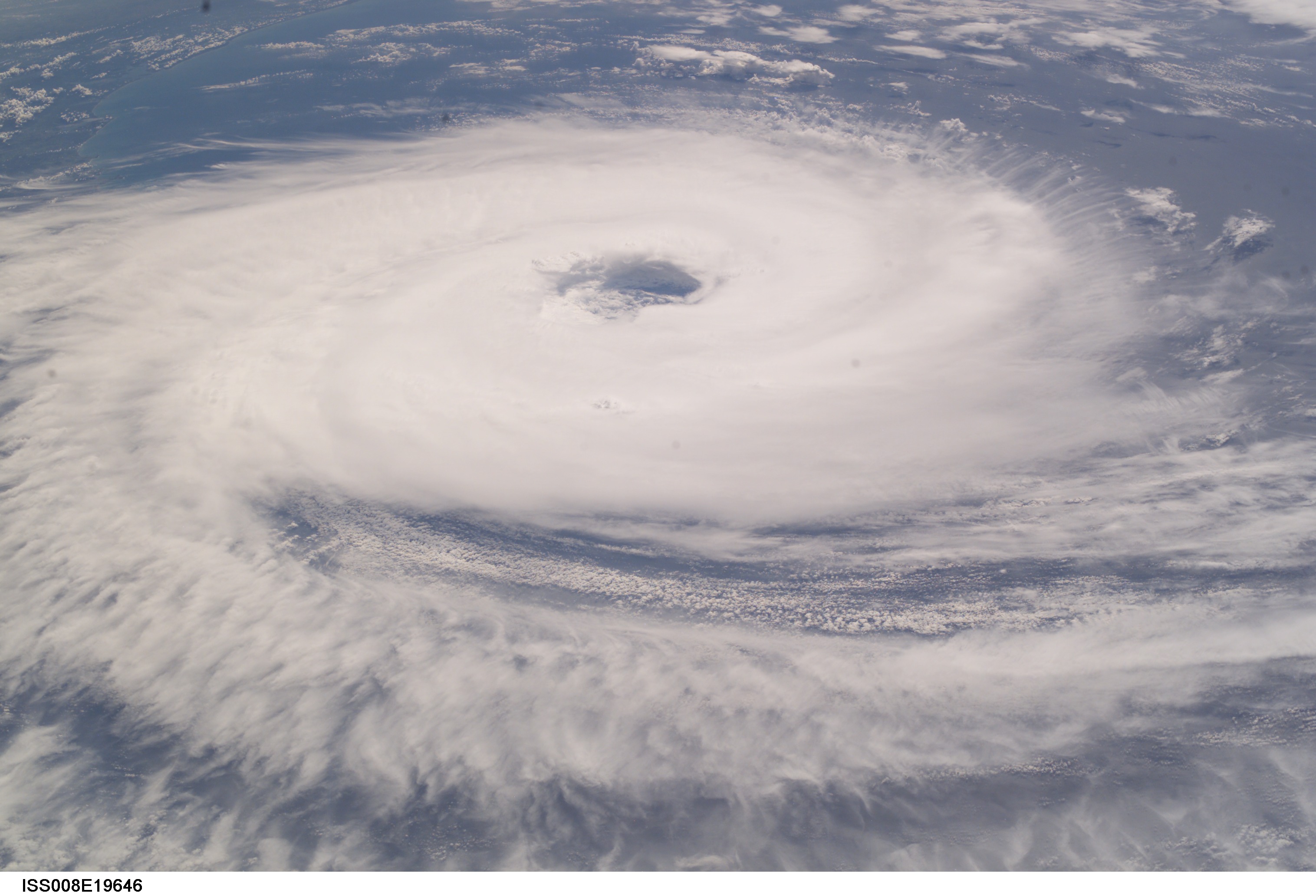 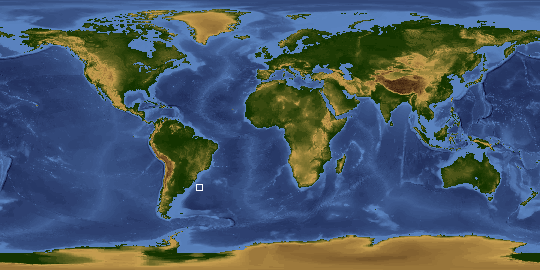 Other options available:
Download Packaged File
Download a Google Earth KML for this Image
View photo footprint information
Download a GeoTIFF for this photo
Image Caption: "Hurricane" Catarina hits Brazil:
Until this past week only two tropical cyclones had ever been noted in the South Atlantic Basin, and no hurricanes. However, late last week, a circulation center well off the coast of southern Brazil developed tropical cyclone characteristics and continued to intensify as it moved westward. The system developed an eye and apparently reached hurricane strength on Friday, March 28, before eventually making landfall late on Saturday, March 27, 2004.

The crew of the International Space Station was notified of the cyclone and acquired excellent photographs of the storm just as it made landfall on the southern Brazilian state of Catarina (the storm has been unofficially dubbed "Hurricane Catarina"). Note the clockwise circulation of Southern Hemisphere cyclones, the well-defined banding features, and the eyewall of at least a Category 1 system. The coastline is visible under the clouds in the upper left corner of the image.