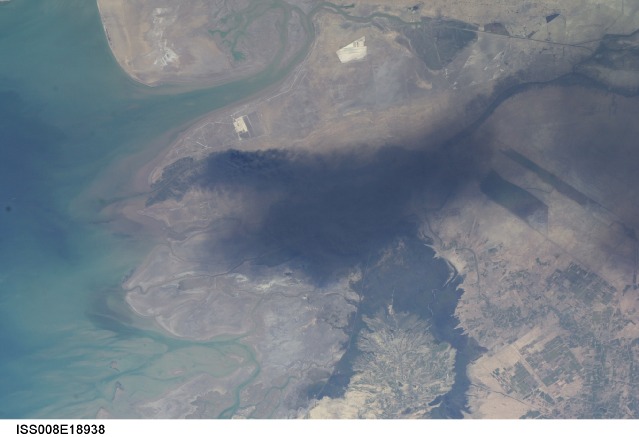 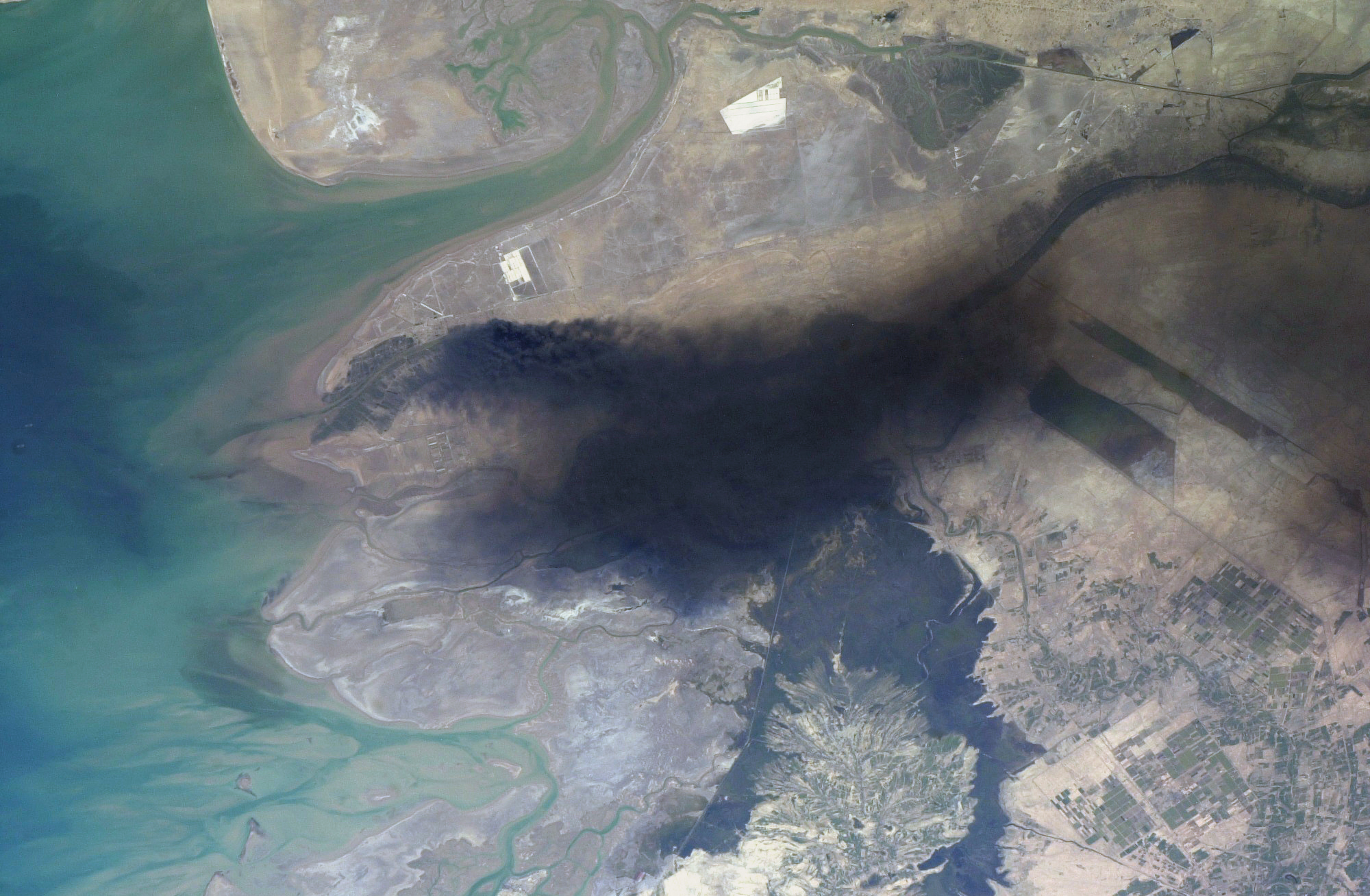 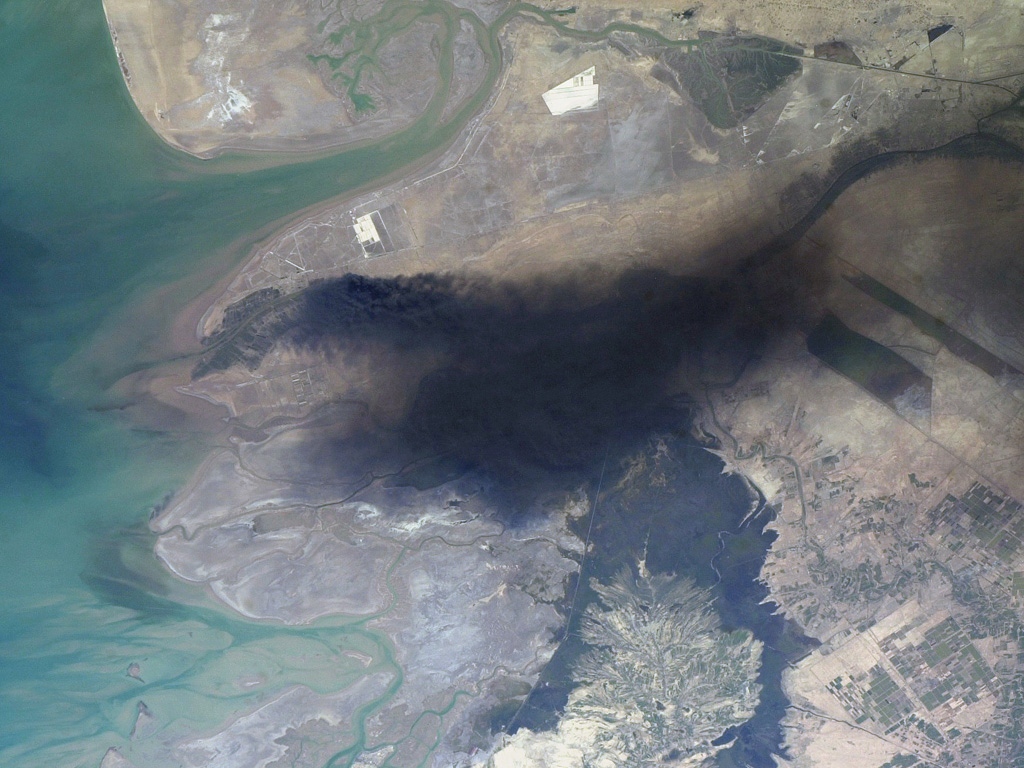 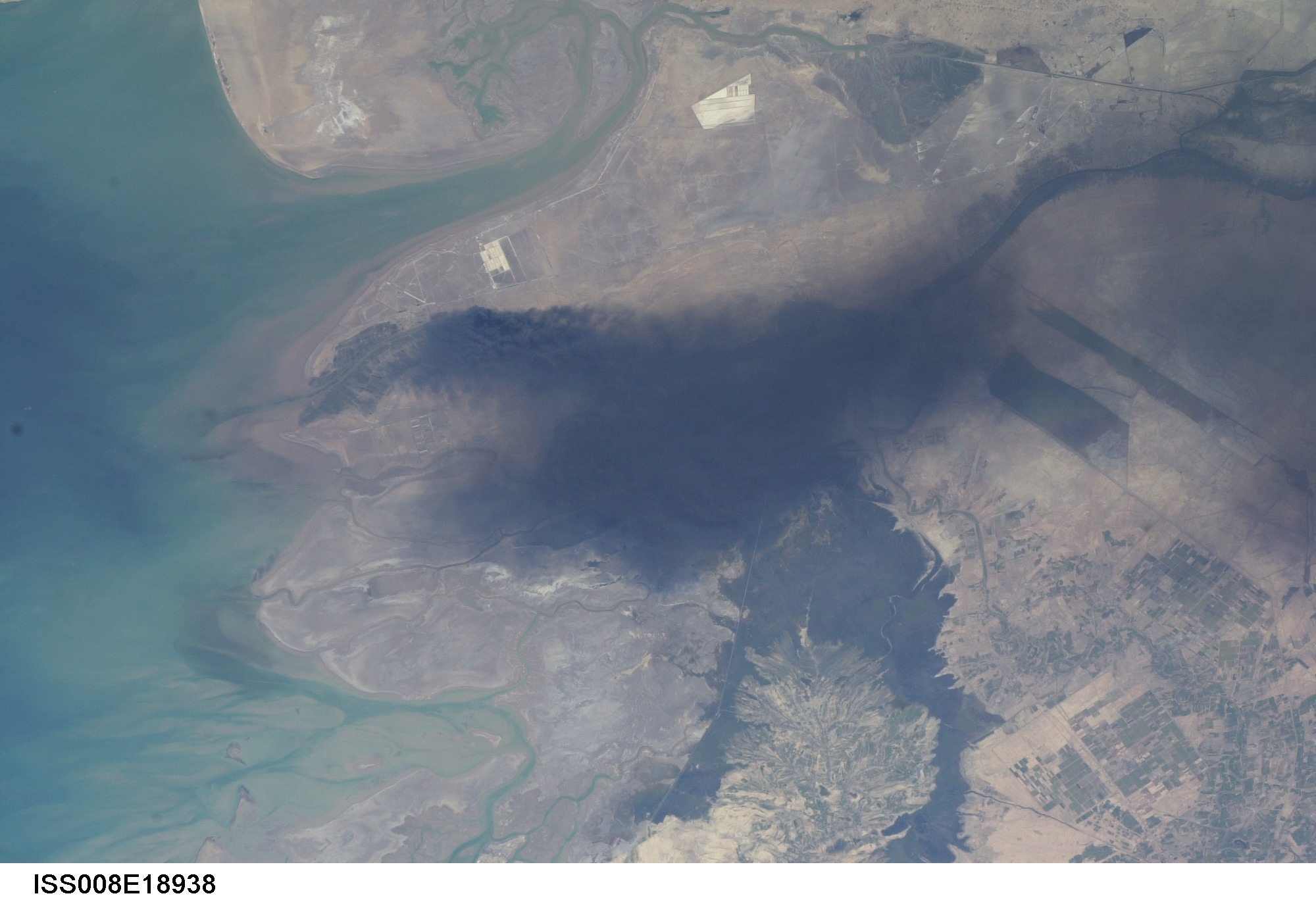 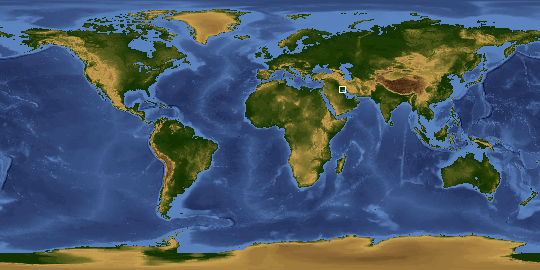 Other options available:
Download Packaged File
Download a Google Earth KML for this Image
View photo footprint information
Download a GeoTIFF for this photo
Image Caption: ISS008-E-18938 (24 March 2004) --- This photo of a large black smoke plume over southeastern Iraq was taken by an Expedition 8 crewmember on the International Space Station. The oil that is burning spilled from a ruptured pipeline on March 23, 2004. This photo was taken the next afternoon and shows details of land use near the fire. The delta of the Shatt al Arab has numerous channels, estuaries, and tidal flats. Near the top of the photo (southwest) are two large white salt evaporator operations while to the lower right are wetlands and irrigated agricultural fields. Iraq's only oil terminal on the Persian Gulf is near the left edge of the plume.