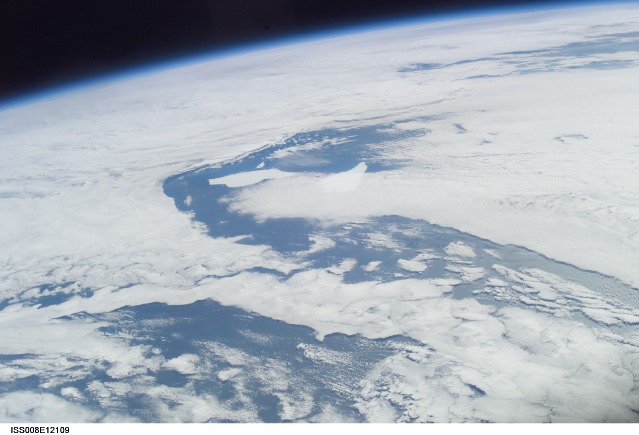 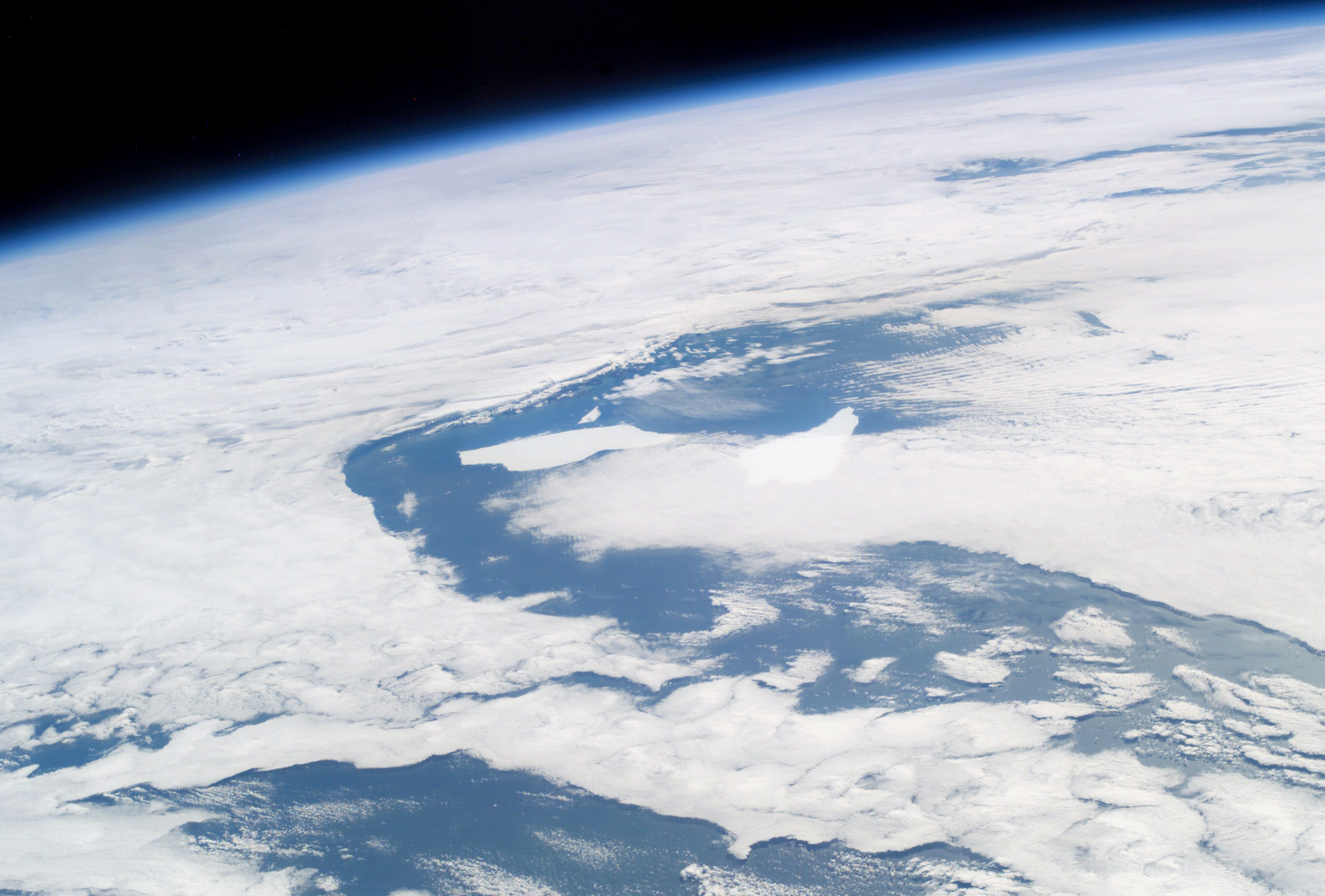 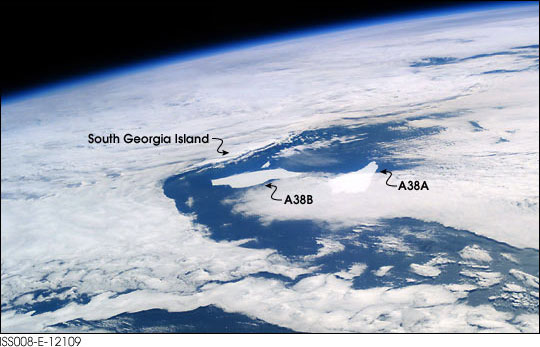 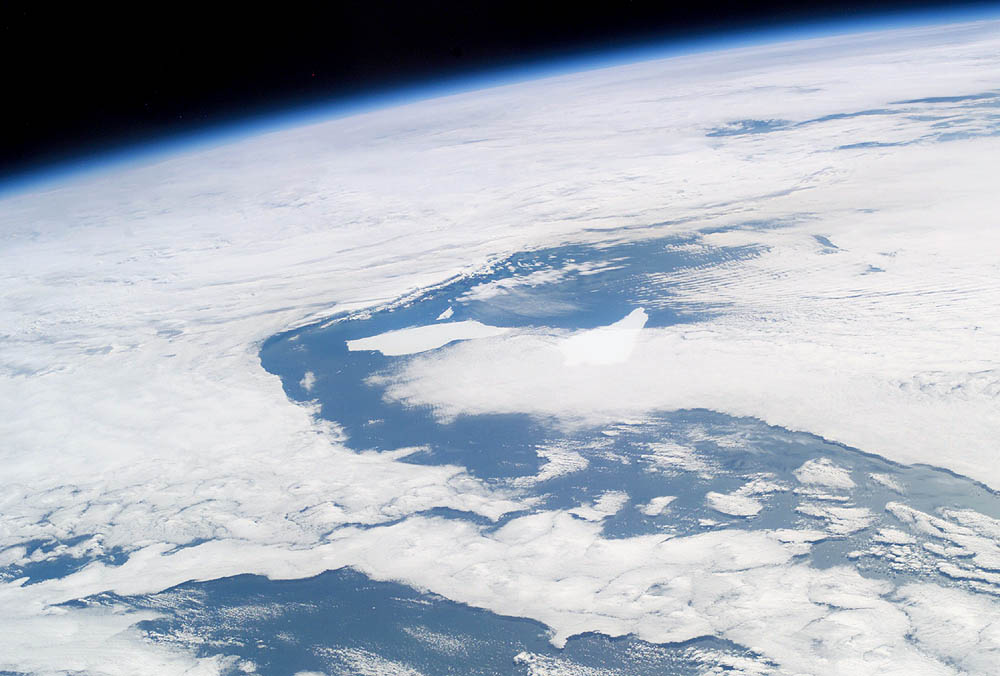 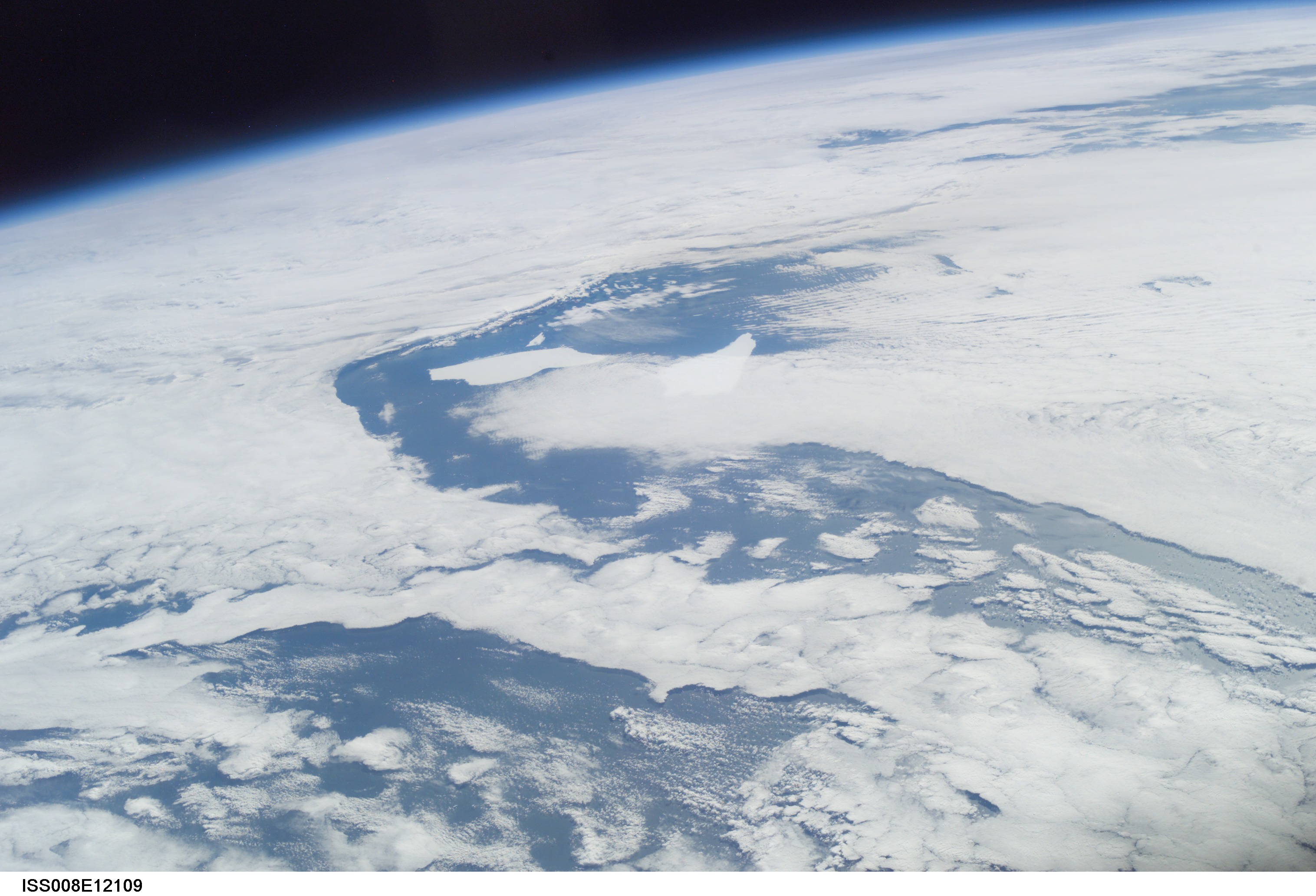 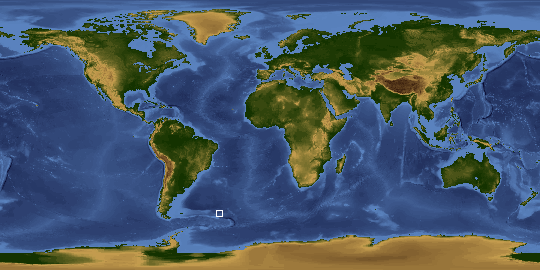 Other options available:
Download Packaged File
Download a Google Earth KML for this Image
View photo footprint information
Image Caption: Five-Year-Old Icebergs near South Georgia Island:
This photograph from the International Space Station shows two pieces of a massive iceberg that broke off from the Ronne Ice Shelf in October 1998. Taken on January 6, 2004, the pieces of iceberg A-38 have floated relatively close to South Georgia Island. After 5 years and 3 months adrift, they are approximately 1,500 nautical miles from their origin. In the oblique image, taken a few minutes later, the cloud pattern is indicative of the impact of the mountainous islands on the local wind field. At this time, the icebergs are sheltered in the lee side of the island.

When the mass first broke away from the Antarctic Ronne Ice Shelf into the Weddell Sea, it was more than 90 miles long and 30 miles wide and was one of the largest reported icebergs in more than a decade. By the end of October 1998, the iceberg, A-38, began to break-up. Today A-38A is still longer than 40 nautical miles, and A-38B is more than 25 nautical miles long.

When ice shelves break up, it is common to ask, "Was the calving related to global climate change?" Dr. Ted Scambos, a scientist at the National Snow and Ice Data Center, compared the calving of Iceberg A-38 to events on the Larsen Ice Shelf and concluded that, "in contrast to what is going on in the northern reaches of the Antarctic Peninsula, the A-38 iceberg calving event on the Ronne Ice Shelf is unlikely to be climate-related." Over a fifty-year period, the shelf has expanded and contracted, and the A-38 berg actually brought the ice shelf front back to the location it was when first mapped in 1957-58.

Positions and sizes of Antarctic Icebergs are reported by the National Ice Center.