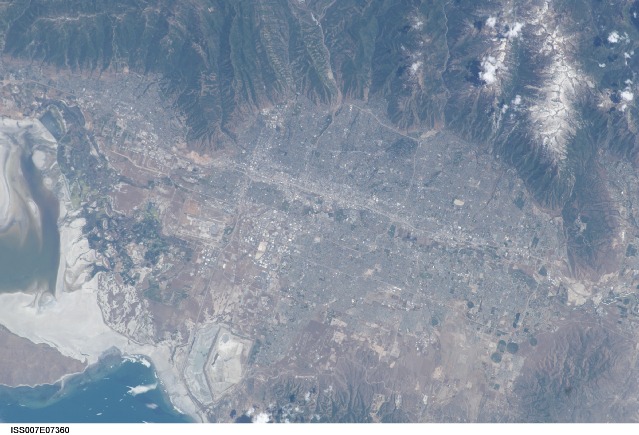 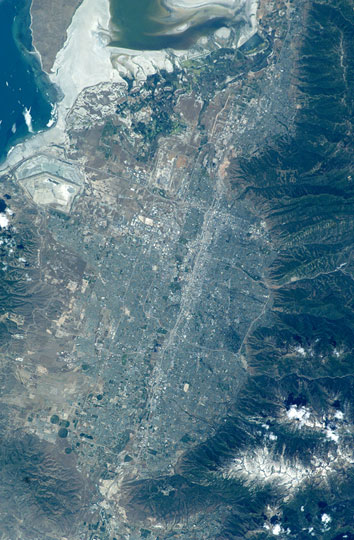 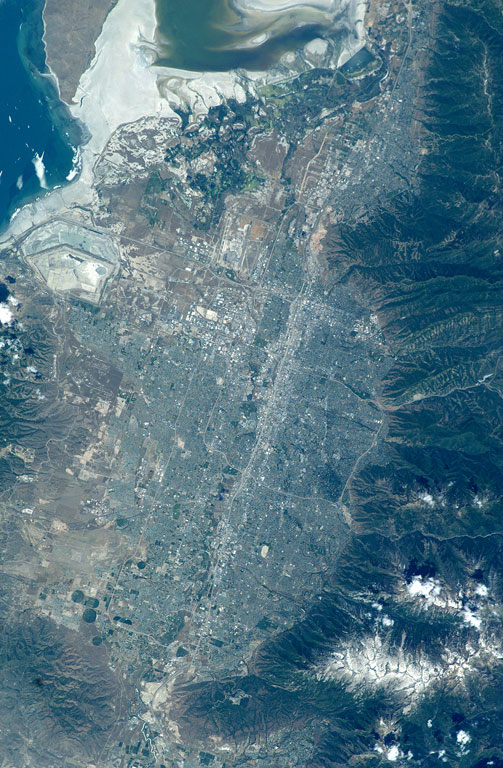 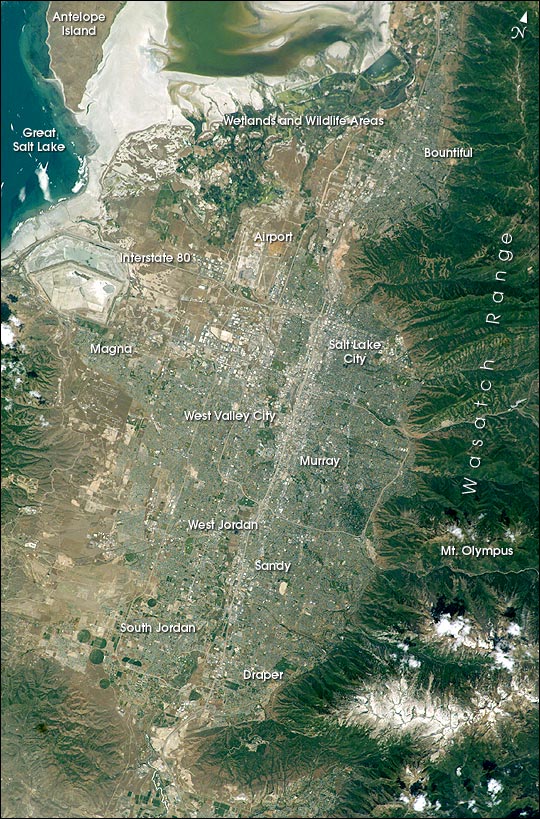 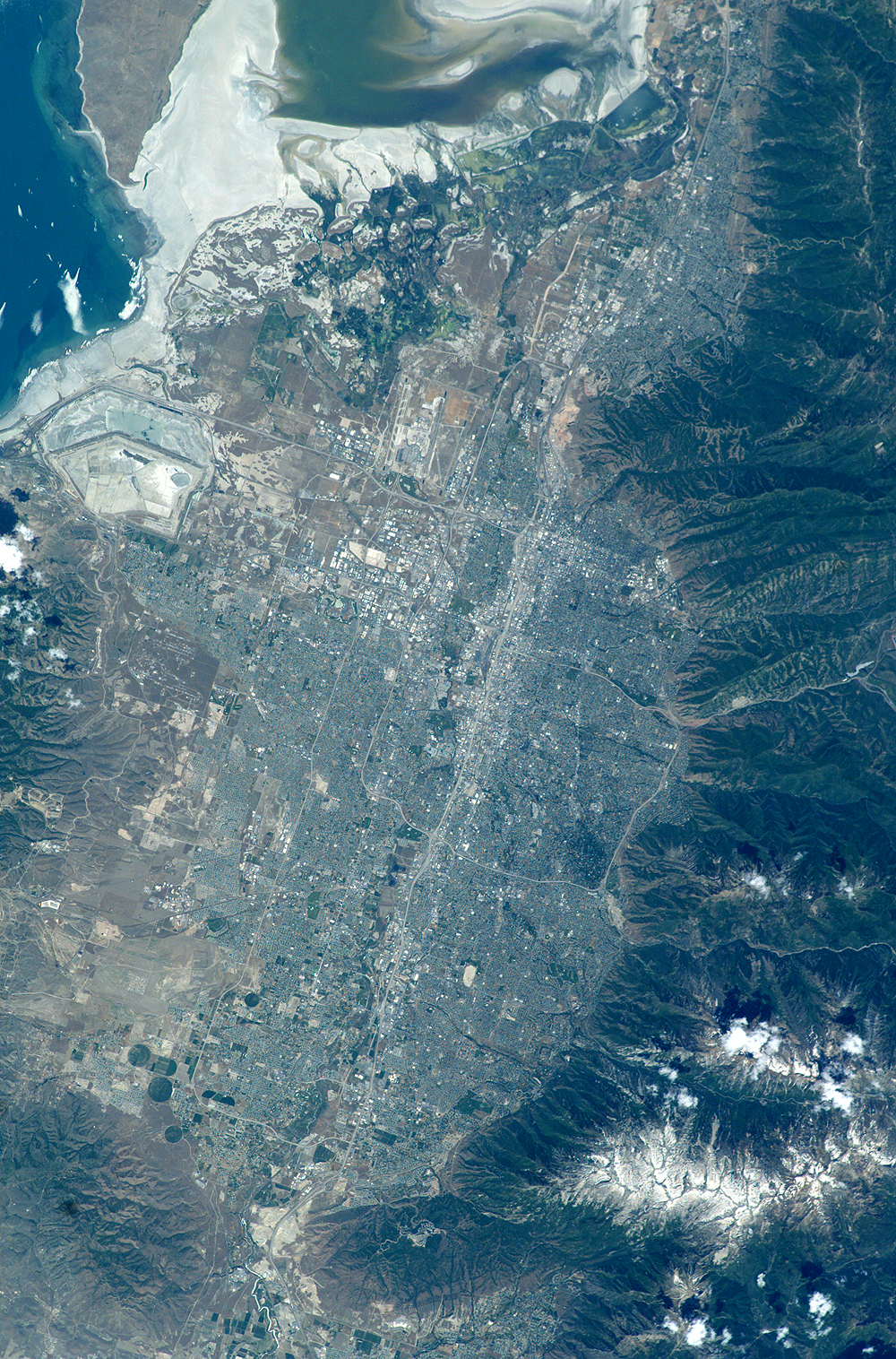 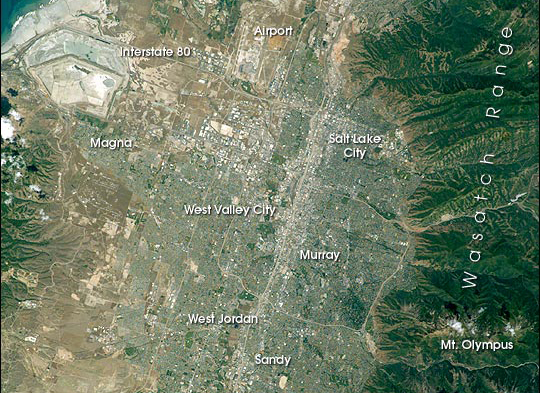 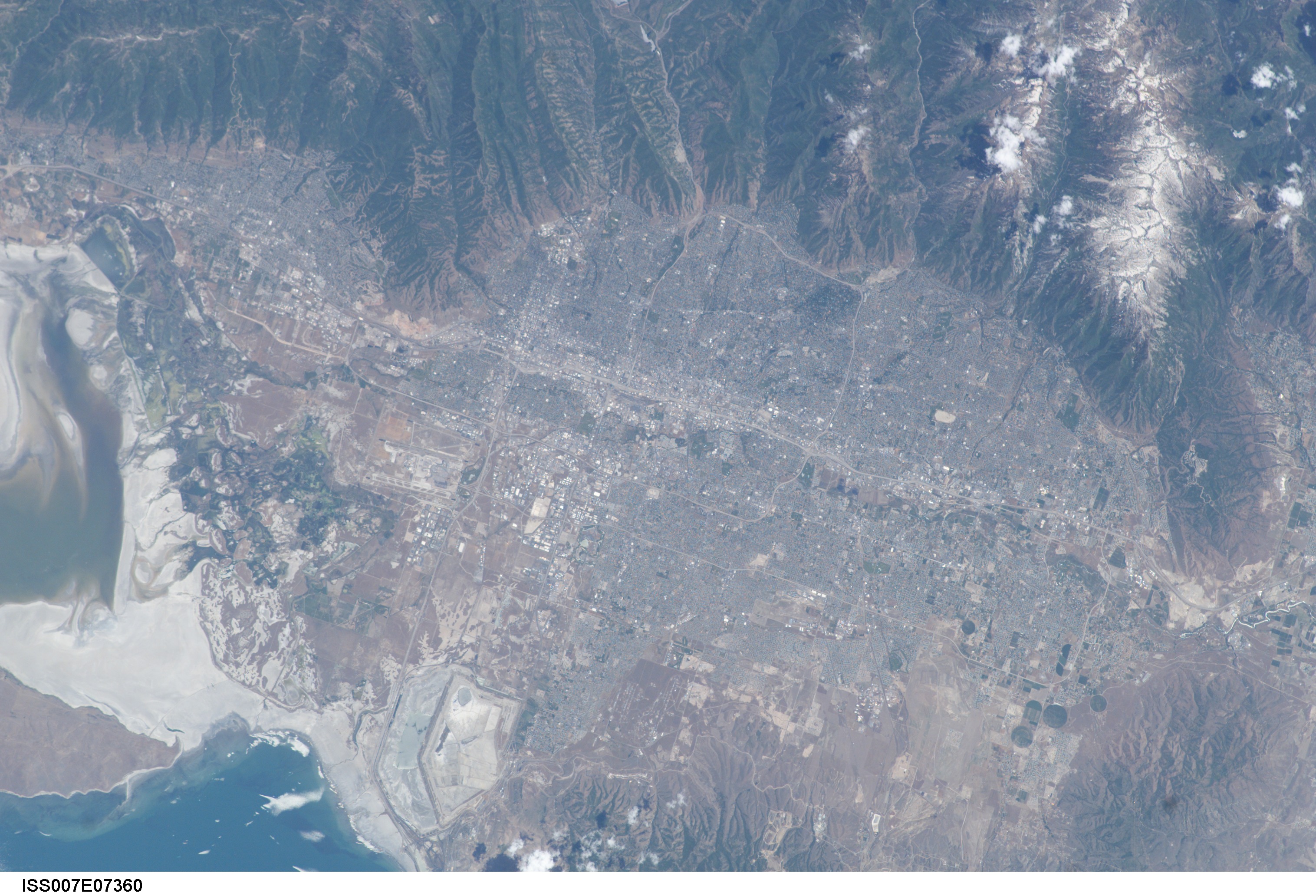 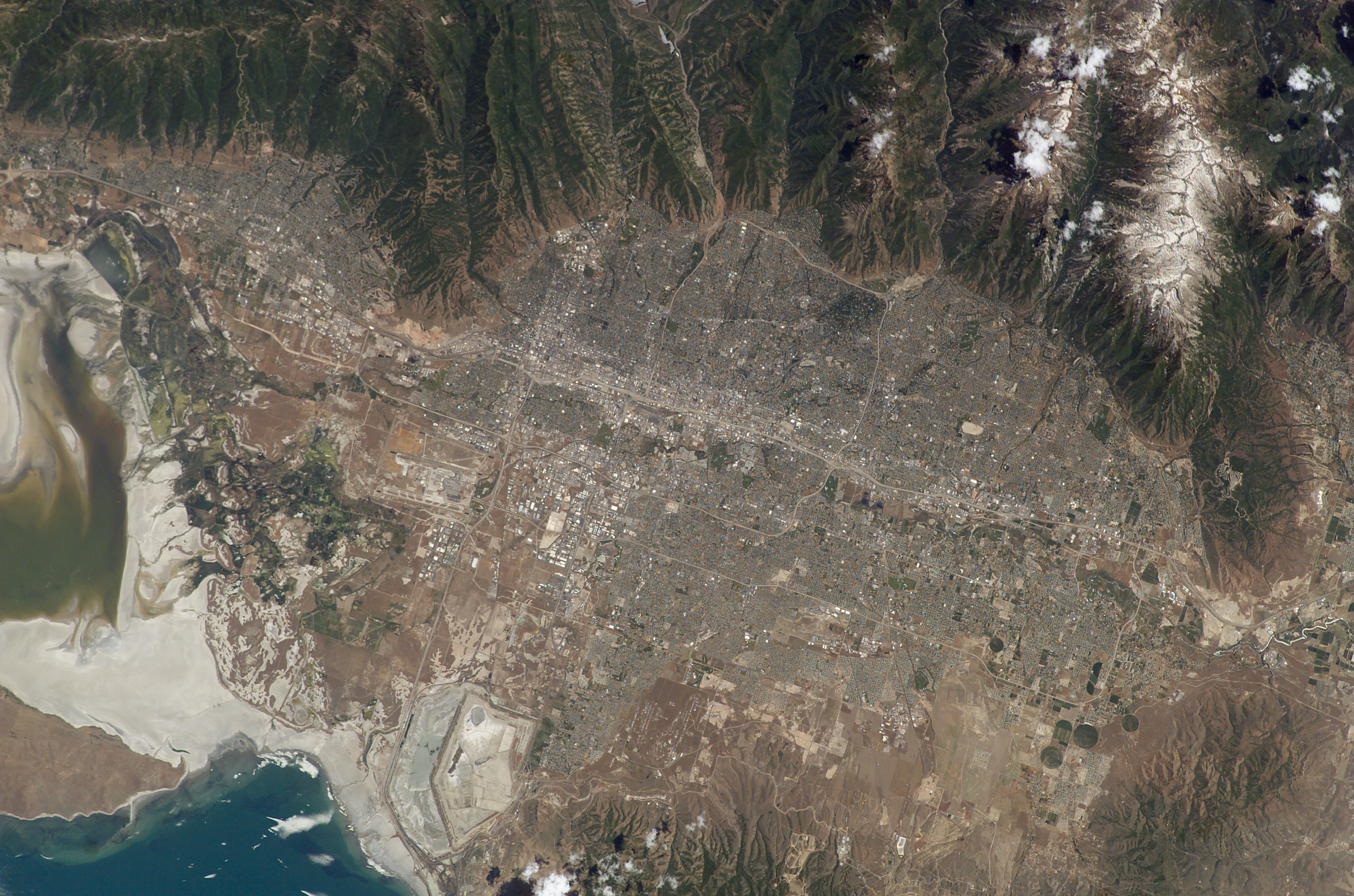 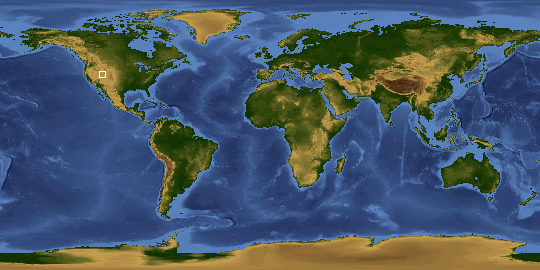 Other options available:
Download Packaged File
Download a Google Earth KML for this Image
View photo footprint information
Image Caption: The regional environmental impact of urban sprawl around fast-growing cities can be documented and monitored from space. As an example, Salt Lake City, Utah, has experienced rapid population growth over the last 10 years.

This regional view of Salt Lake City, photographed on 14 June 2003 from the International Space Station, shows the city and its suburbs nestled between the Wasatch Front and the Great Salt Lake. Interstate Highway 15 runs North-South through the valley, with suburbs arrayed east and west of the highway (annotated on the image). A photograph like this one helps in visualizing the trade-offs between urban, agricultural, and wildlife uses of water in a desert environment.

An important issue facing Salt Lake City's growing population is preservation and allocation of water resources. Utah is in its fifth year of drought. One of the most dramatic effects of the drought visible in this picture is the fact that the lake levels are so low that Antelope Island is separated from the mainland by dry lakebed. This year it is so dry that it is possible to walk on the mudflat. The level of the Great Salt Lake has dropped more than 7 feet since the drought began in 1999.

Expansive, productive wetlands occur where freshwater flows from the Wasatch Range and into the lake. The southern end of this network of wetlands can be seen in the image. The Great Salt Lake Wetland Ecosystem is recognized as being of hemispheric importance by the Western Hemisphere Shorebird Reserve Network and has been nominated for inclusion on the Ramsar Convention on Wetlands' list of Wetlands of International Significance.

Images of cities taken from the International Space Station are one of the science themes for the Crew Earth Observations Project. Astronauts take detailed views using long lenses that show roads and major buildings and synoptic views, like this one, that show the entire urban area with suburbs and surrounding lands in a single field of view.