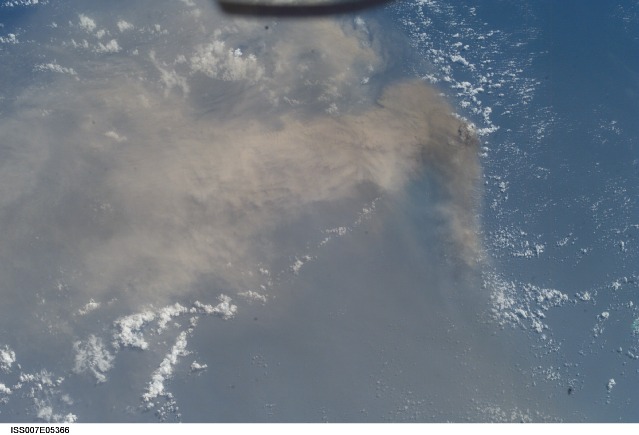 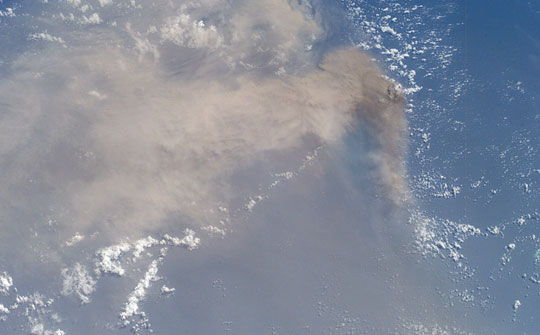 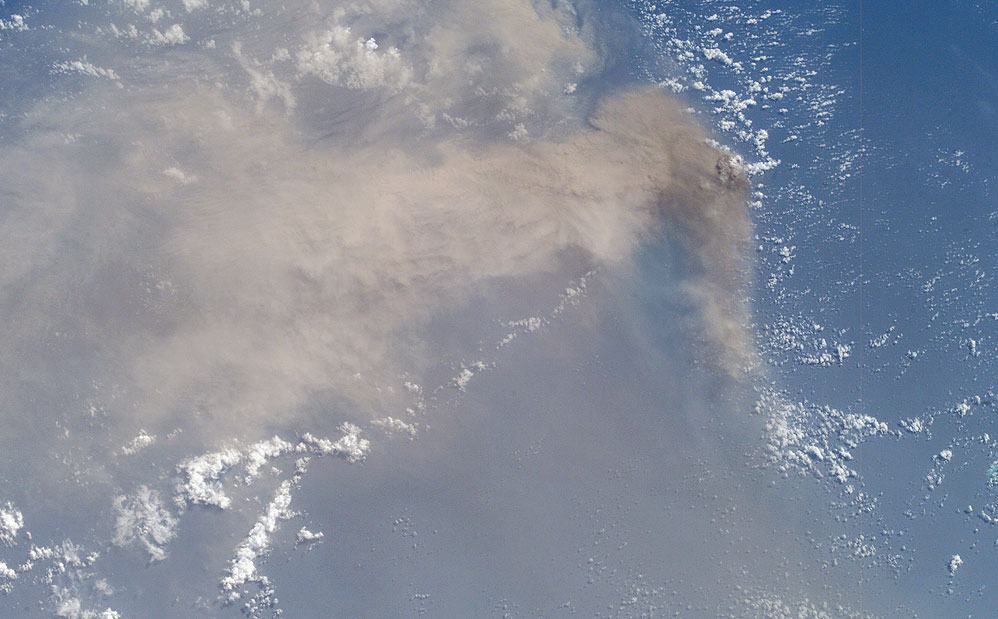 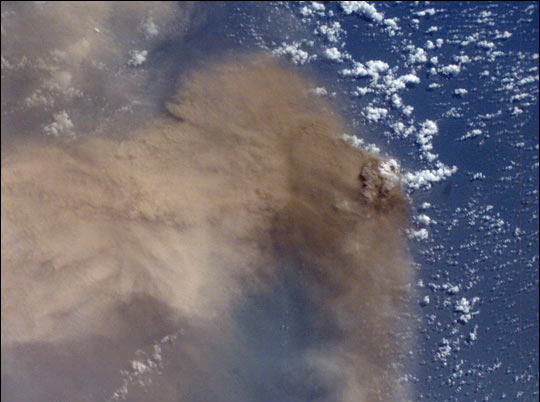 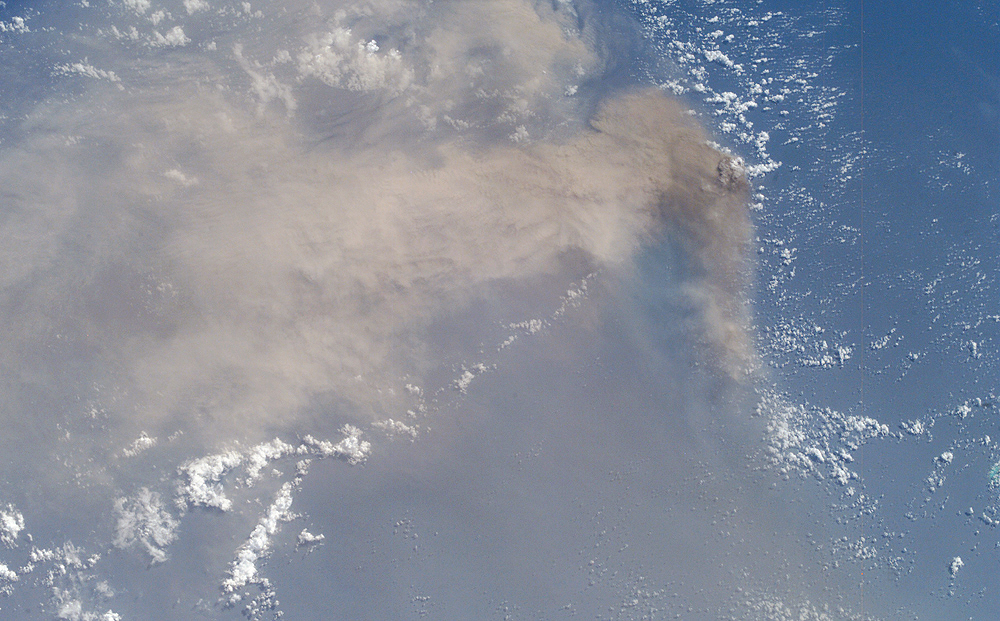 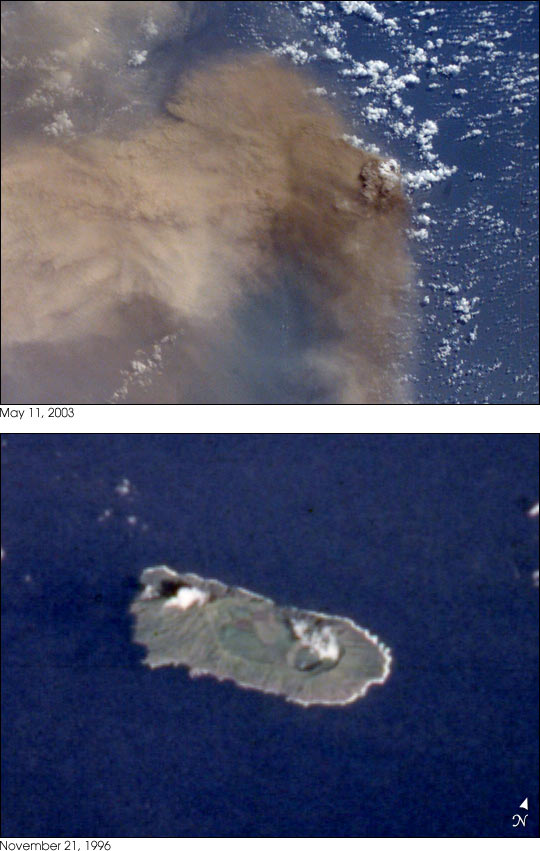 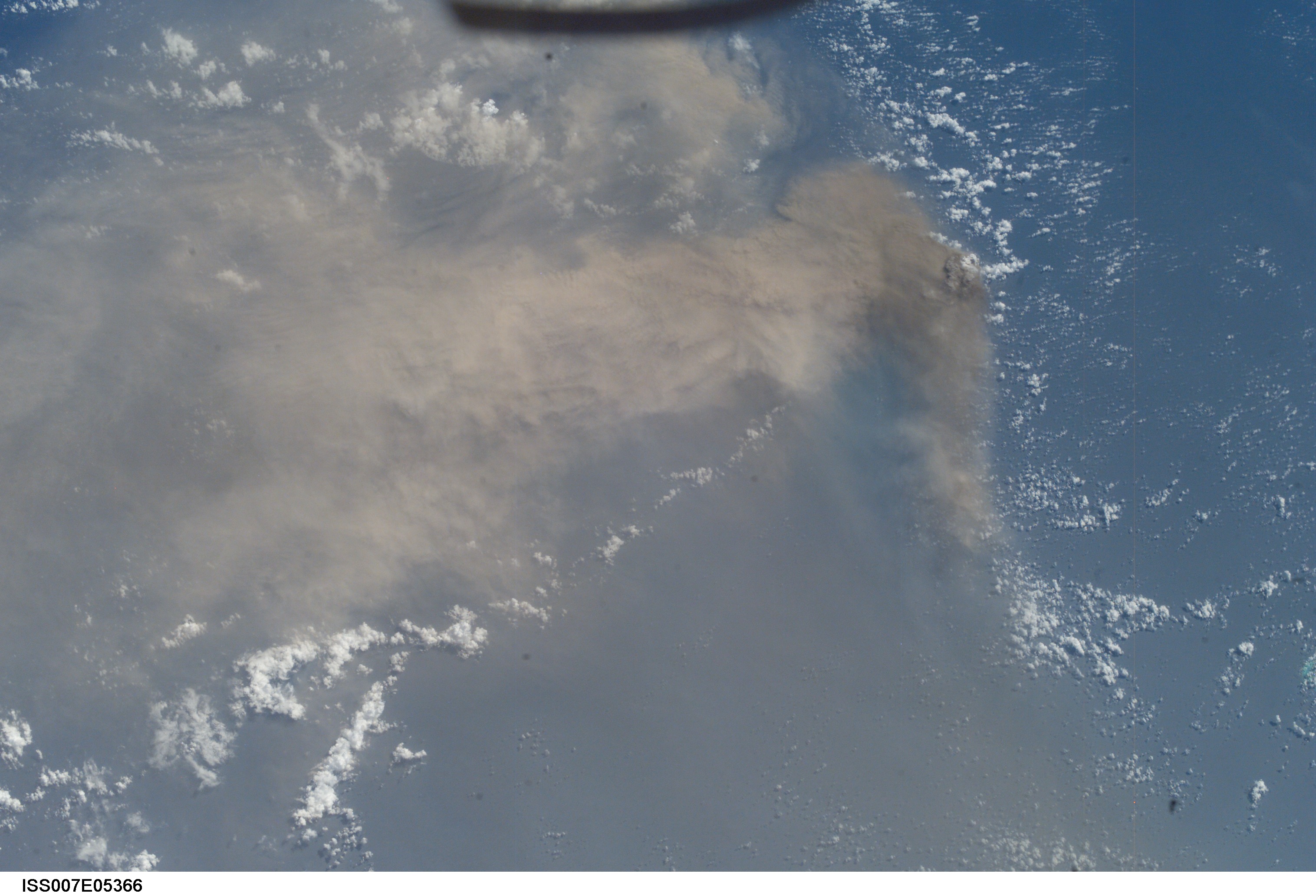 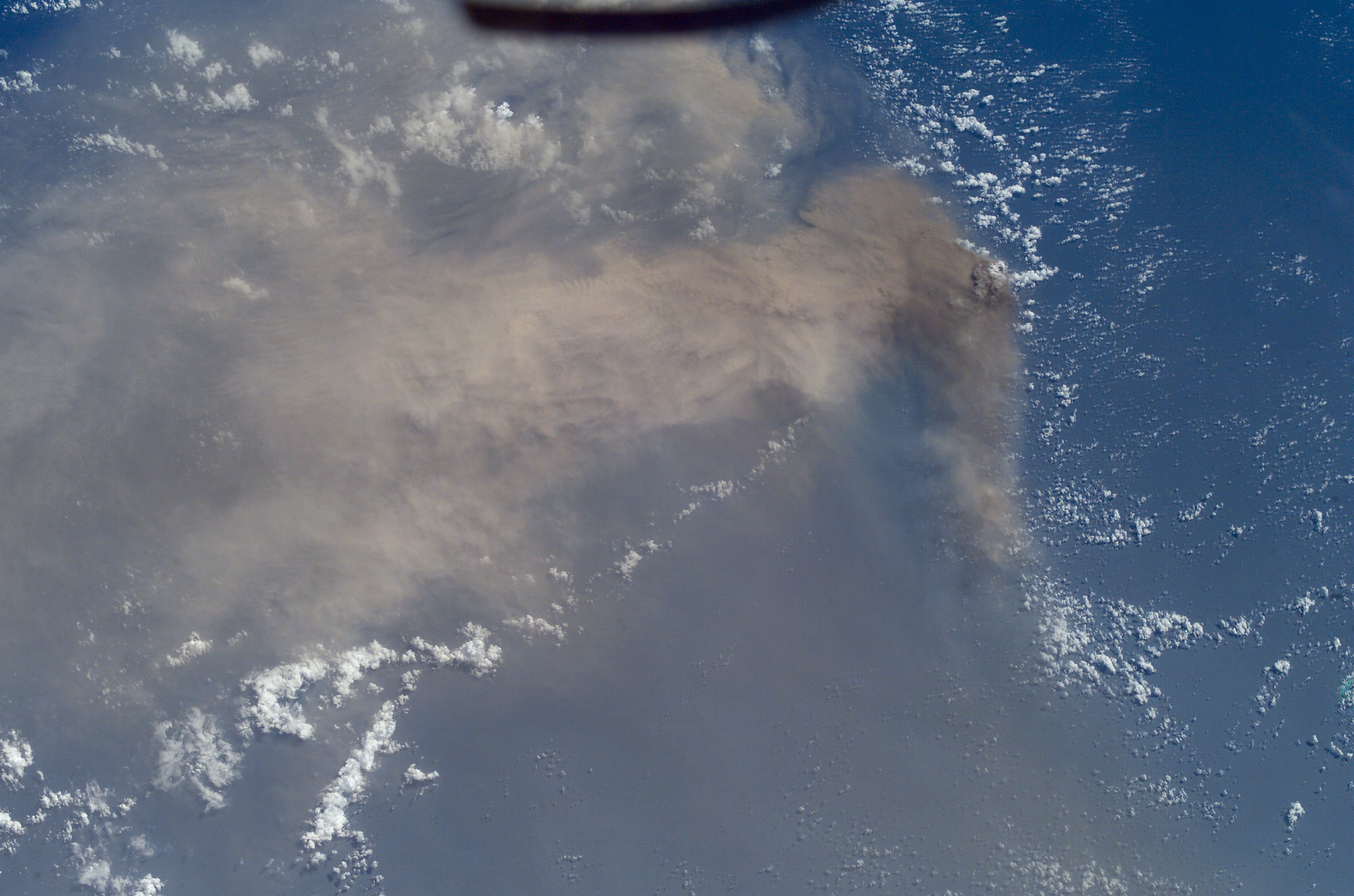 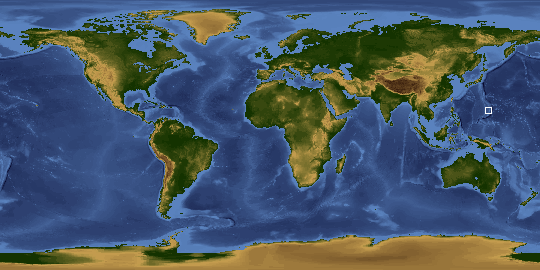 Other options available:
Download Packaged File
Download a Google Earth KML for this Image
View photo footprint information
Image Caption: It is sleep time on the International Space Station, and astronaut Ed Lu is supposed to be asleep. He is looking out the window and admiring the Pacific Ocean below. Suddenly he realizes something is strange. A huge yellowish-brown plume is sweeping across hundreds of miles of ocean. A major volcanic eruption is in progress--he grabs a camera and shoots.

Space Station crewmembers receive a daily list of photographic targets that include areas of scientific interest and dynamic events. In this case, though, the crew observed the eruption before news had spread to the international media or to the networks that track volcanic events worldwide. Ed checked with NASA Cap Com to find out whether it really was a volcano and precisely where the eruption was occurring.

The eruption was from the volcano on Anatahan Island, which is located 80 miles north of Saipan and is part of the Northern Mariana Island Chain. This small island, 6 miles long by 2 miles wide, has been uninhabited since 1990 when residents were evacuated because of a strong earthquake. The lower photograph shows how Anatahan looked from the Space Shuttle in 1996 (photo STS080-707-28).

On the night of May 10, the Anatahan Volcano announced itself with a vigorous eruption that sent high-level ash over a wide area. About 12 hours later, on May 11 at 00:19 GMT, the crew of the International Space Station observed and photographed this ash plume, describing it as huge. By May 15 a state of emergency had been declared in the Northern Mariana Islands as the eruption appeared to be intensifying.