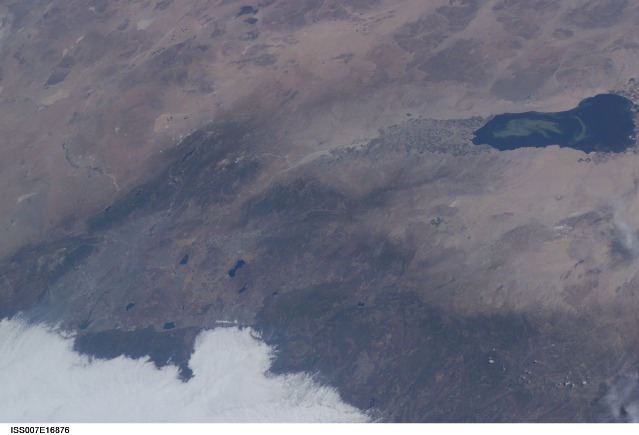 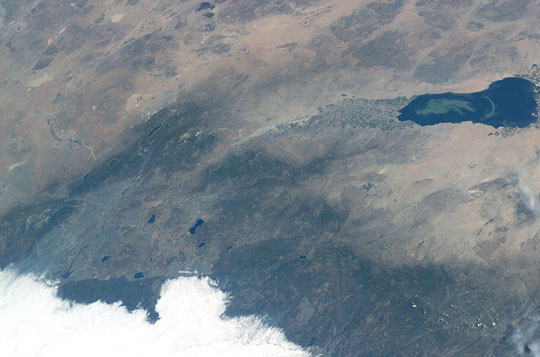 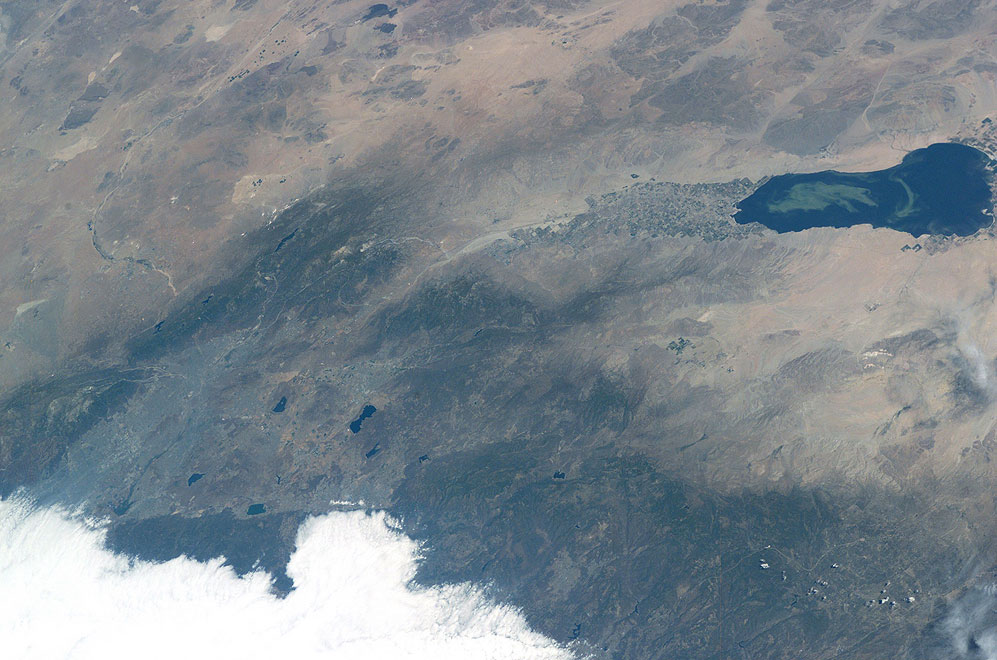 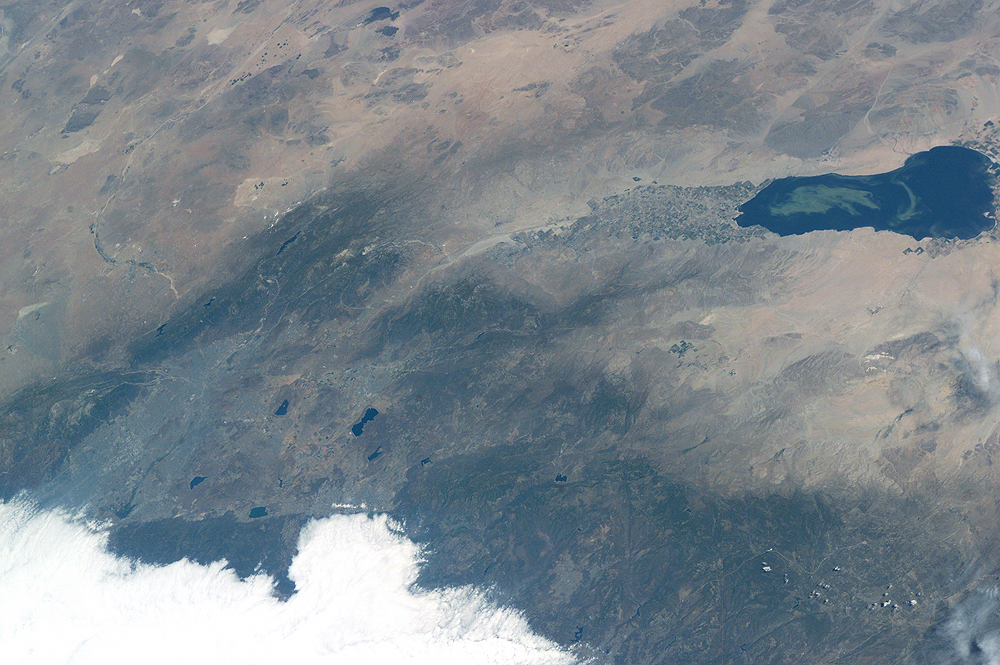 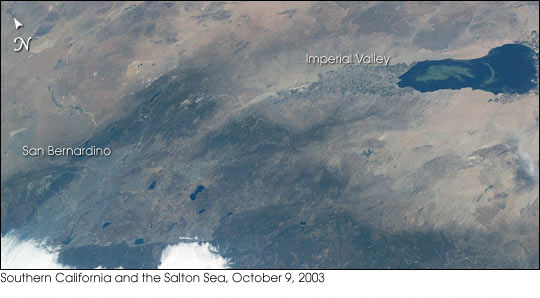 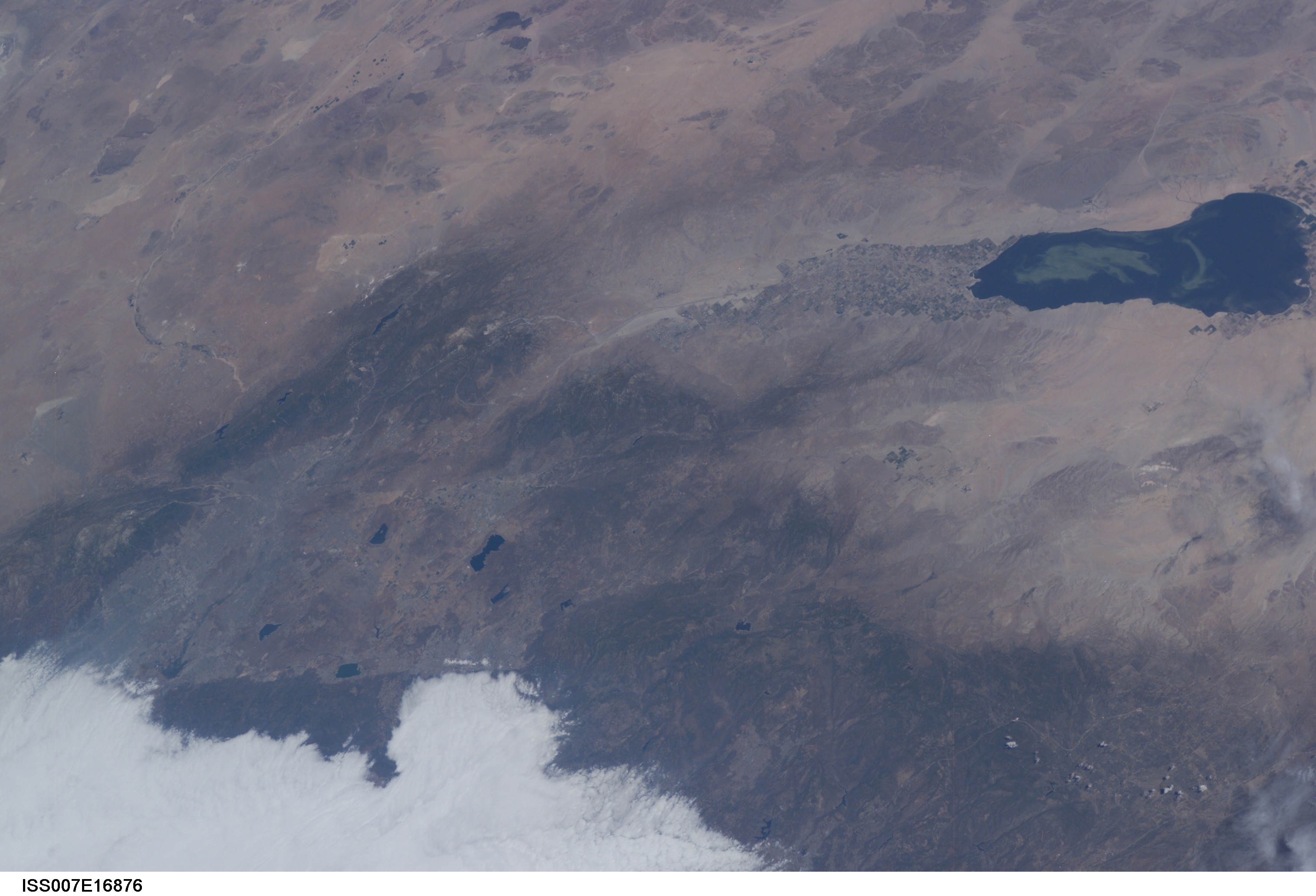 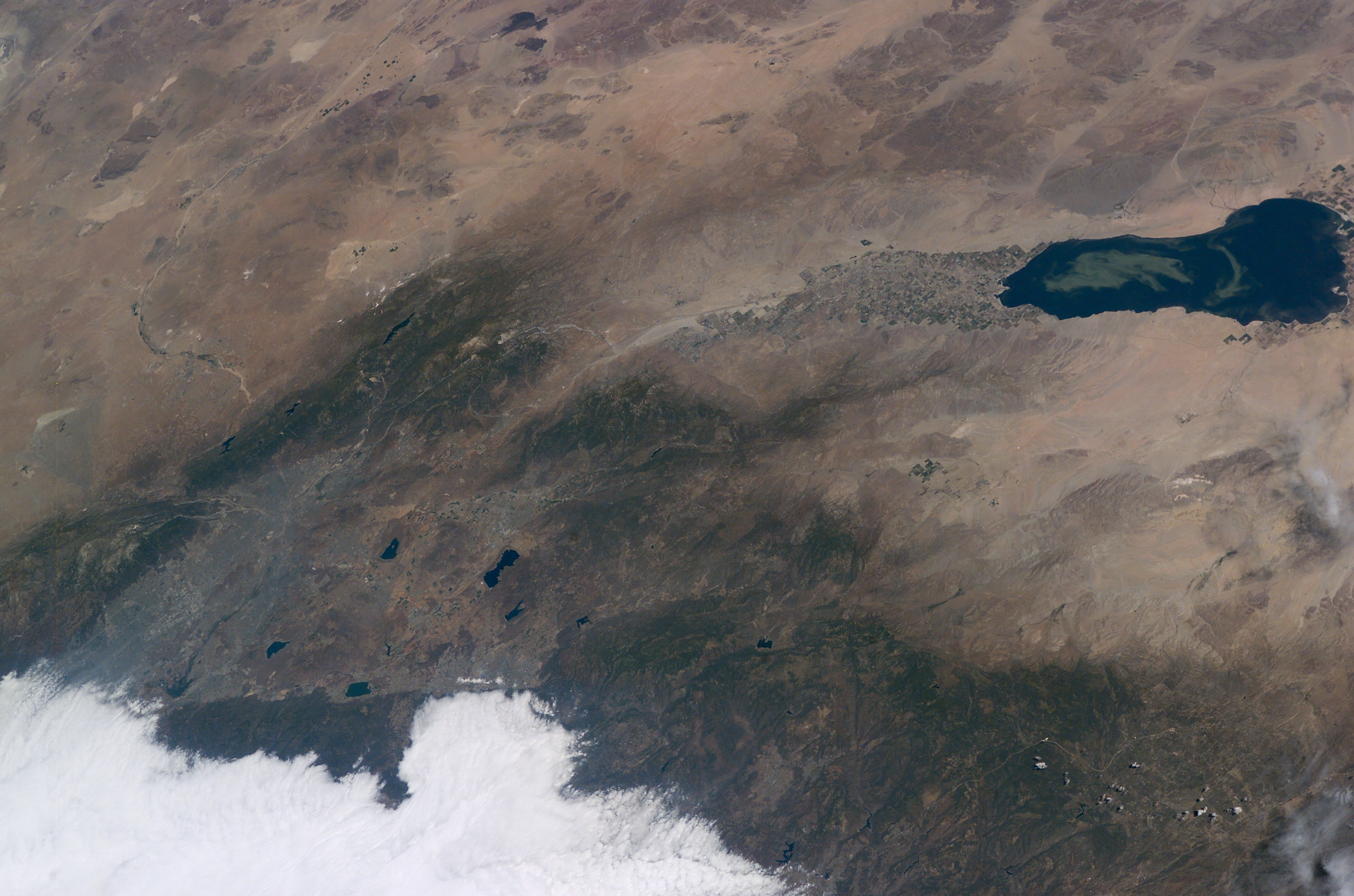 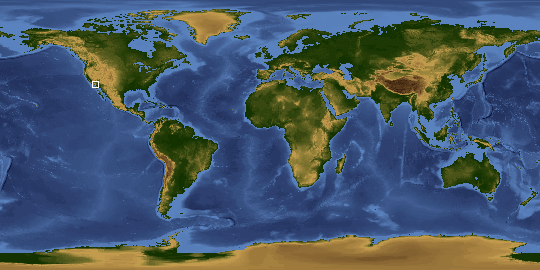 Other options available:
Download Packaged File
Download a Google Earth KML for this Image
View photo footprint information
Image Caption: Dividing up water resources in southern California is always a controversial activity. Water allocations for the agriculture in the Imperial Valley, the Salton Sea, and the expanding urban and residential growth in San Diego County were in limbo until a recent agreement was drafted, allowing San Diego to buy conserved Colorado River water from the Imperial Valley. In late September 2003, a California state bill was passed to implement the Colorado River Quantification Settlement Agreement and to commit the State of California to Salton Sea restoration. The water agreement is California's solution for gradually reducing its need for Colorado River water; California had historically used far more than its share. Failure to reach an agreement for water use reduction last December caused the federal government to reduce California's Colorado River supply by 650,000 acre-feet (an acre-foot is the amount of water needed to cover one acre of ground one foot deep--about 325,851 gallons.)

Central to the agreement was saving the Salton Sea as an important wildlife and waterfowl refuge. An oasis in the desert, the sea was formed in the early 1900s, when a newly constructed irrigation channel off the Colorado River burst and poured its water into the Mojave Desert for almost two years before it could be repaired. Now, the Salton Sea is completely dependent on runoff from agriculture in the Imperial Valley. In addition to a huge one-time sale of water rights from the Imperial Valley Water District to San Diego County, the Imperial Valley will sell additional conserved agricultural water to the state for urban use, and the profit from that trade will fund Salton Sea restoration.

These two images taken from the International Space Station feature the Salton Sea. The top image shows a portion of thirsty southern California, including the urban sprawl of San Bernadino and Riverside, the agricultural development of the Imperial Valley and the Salton Sea (right) sporting a huge swirl, probably an algal bloom. The coastal region is obscured by fog. The bottom image, taken two days later, provides detail of the structure of the algal bloom. These blooms continue to be a problem for the Salton Sea. They are caused by high concentrations of nutrients, especially nitrogen and phosphorous, that drain into the basin from the agricultural run-off. As the algae dies and decomposes, oxygen levels in the sea drop, causing fish kills and hazardous conditions for other wildlife.