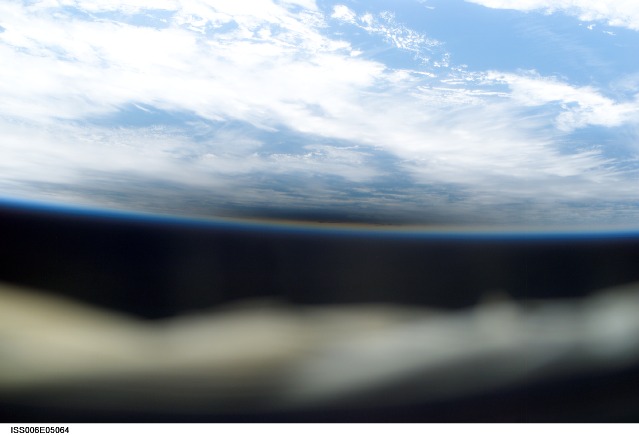 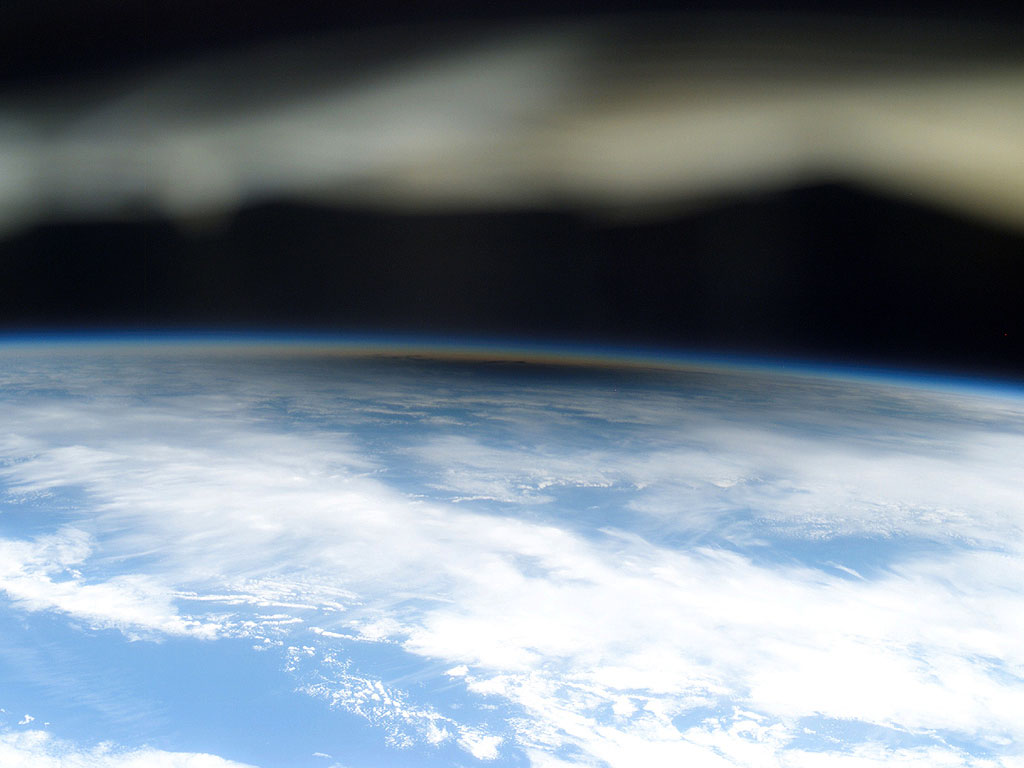 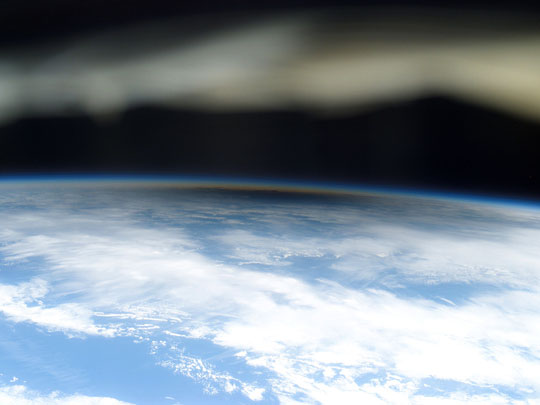 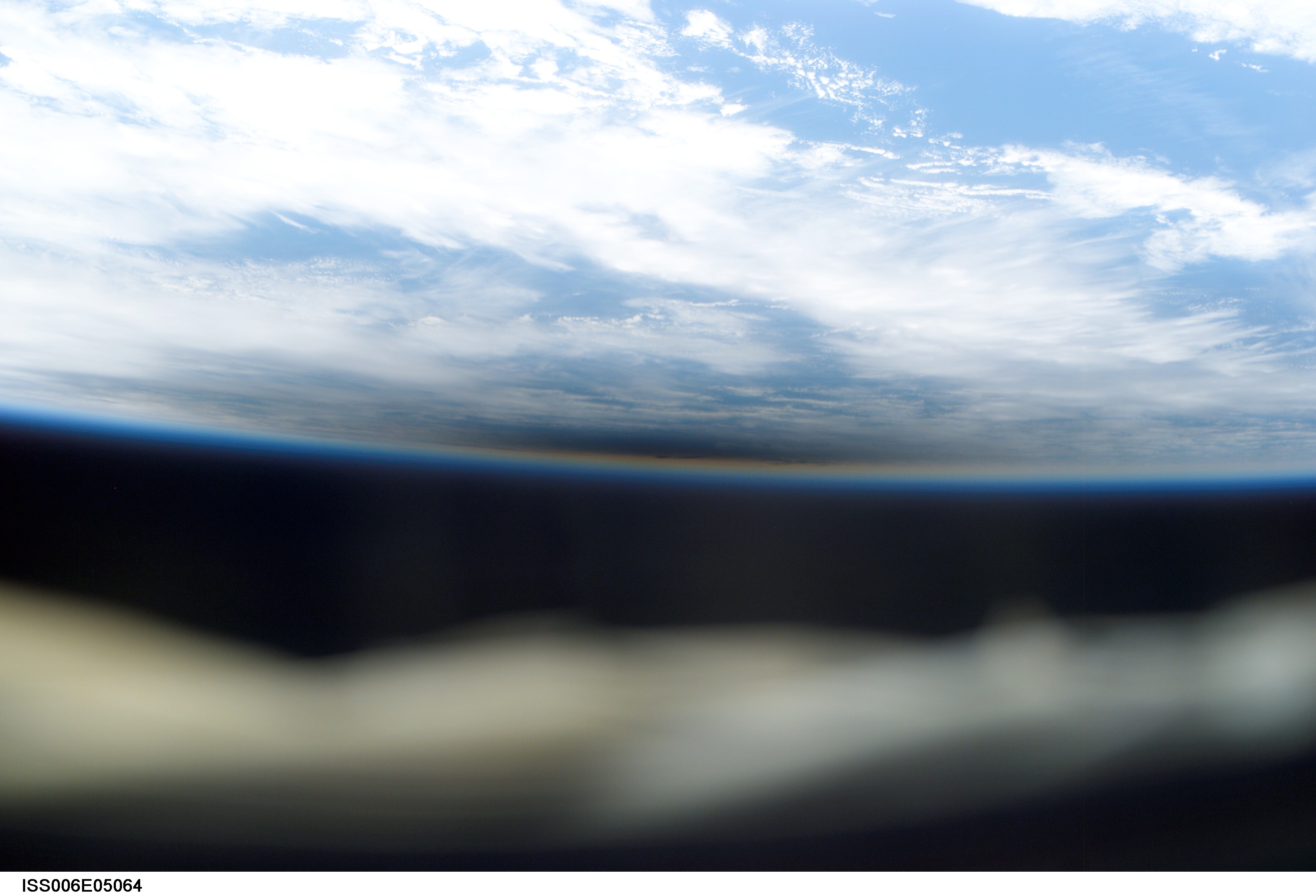 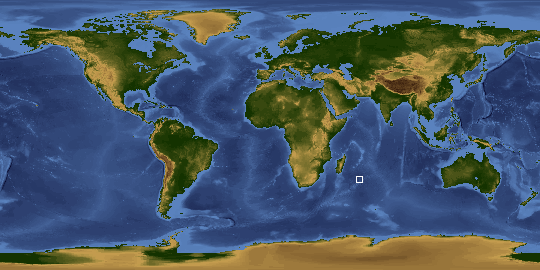 Other options available:
Download Packaged File
Download a Google Earth KML for this Image
View photo footprint information
Download a GeoTIFF for this photo
Image Caption: ISS006-E-05064 (4 December 2002) --- The new crewmembers aboard the International Space Station (ISS) were able to document a rare occurrence early into their tour on the outpost. The dark area near Earth's horizon at center frame is actually a shadow cast by the Moon during the total solar eclipse of Dec. 4, 2002. The shadow obscures an area of cloud cover. The station, with three Expedition Six crewmembers aboard, was over the Indian Ocean at the time of the eclipse. The out-of-focus object in the foreground is part of the frame for the viewing port.