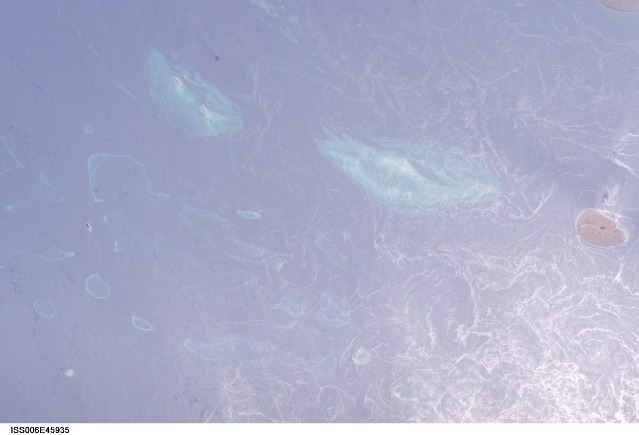 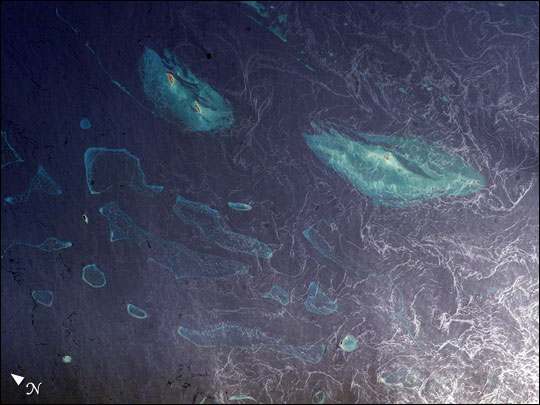 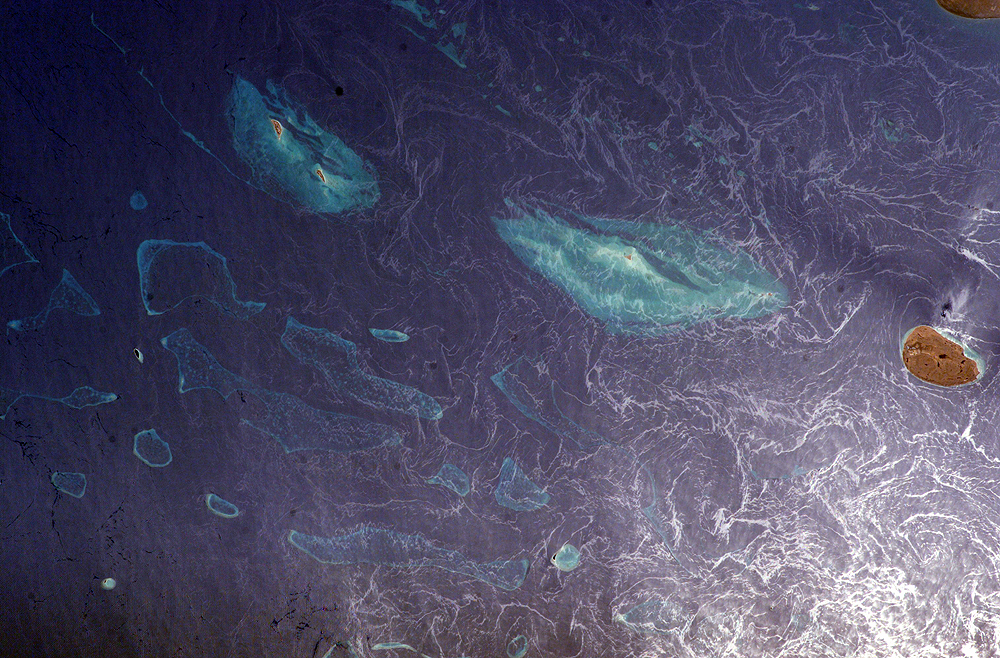 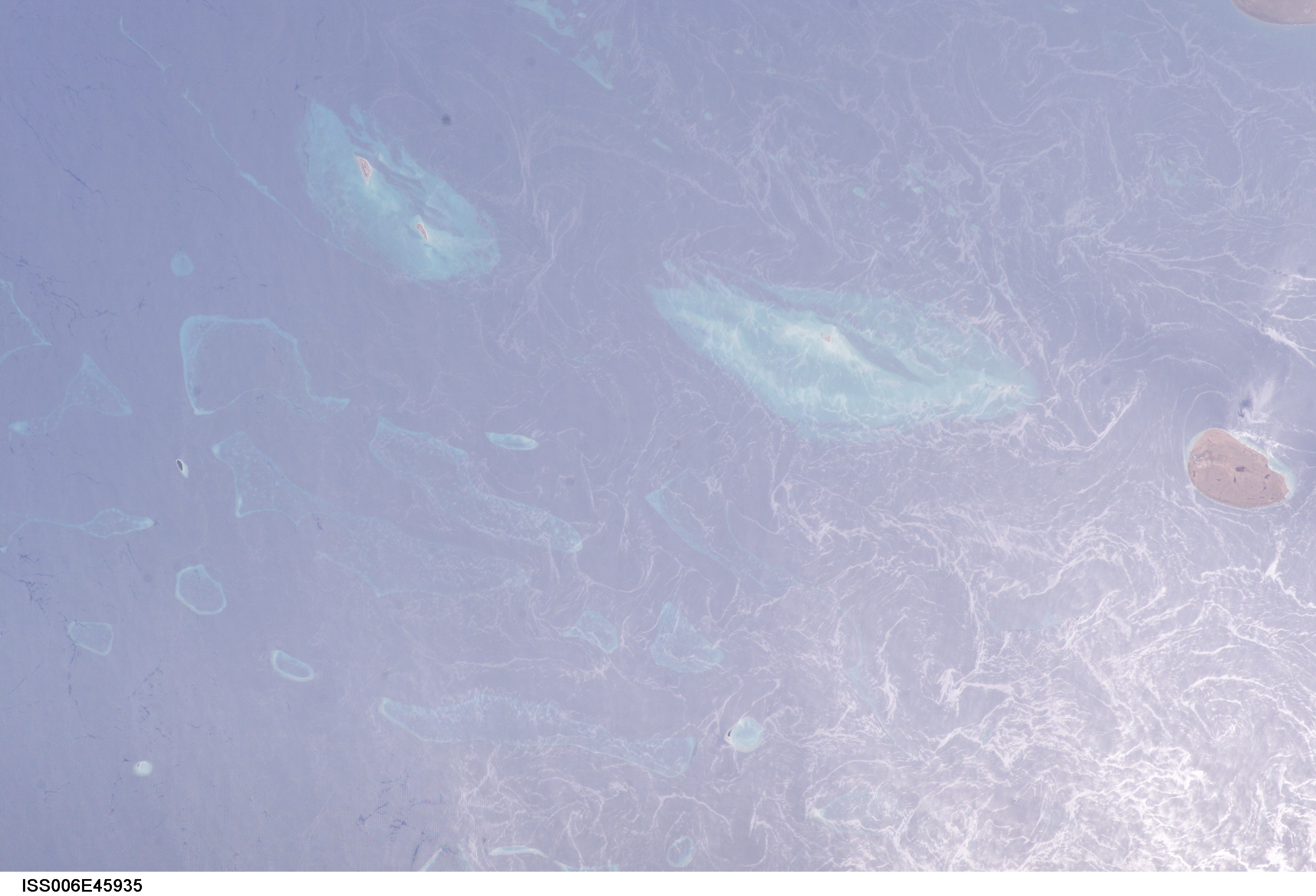 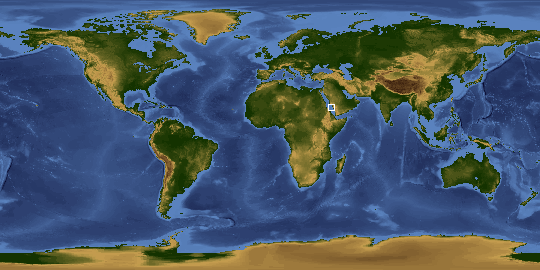 Other options available:
Download Packaged File
Download a Google Earth KML for this Image
View photo footprint information
Download a GeoTIFF for this photo
Image Caption: Above and Under the Red Sea:

This unique photograph of shallow Red Sea waters off the coast of Saudi Arabia gives us a glimpse of both the coral reefs under the surface, and the texture and movements of surface waters. On the left side of the image we see through the water column to the reefs below the surface. On the right side of the image, the sun reflects off of microscopic oily films formed by a combination of natural biological sources and human activities on the sea surface. The films are concentrated by surface water movements and variably dampen surface capillary waves, which effect how the sun's light is reflected. This creates patterns of brighter and darker reflections when viewed from orbit. These patterns trace the complex surface water dynamics along the coast.

The Red Sea and Gulf of Aden include over 17,400 km2 of coral reefs, or 6% of the world's total (World Atlas of Coral Reefs: //www.unep-wcmc.org/marine/coralatlas/). The World Resources Institute has estimated that 60% of the reefs in the Red Sea and Arabian Gulf are threatened by coastal development, overfishing, and the threat of oil spills by the heavy tanker traffic. The stretch of reefs shown here is near Qutu Island, south of Al-Qunfudhah, and is relatively isolated compared to other reefs in the region.