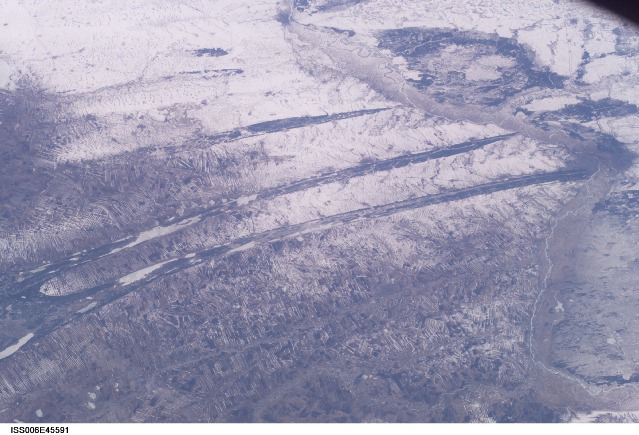 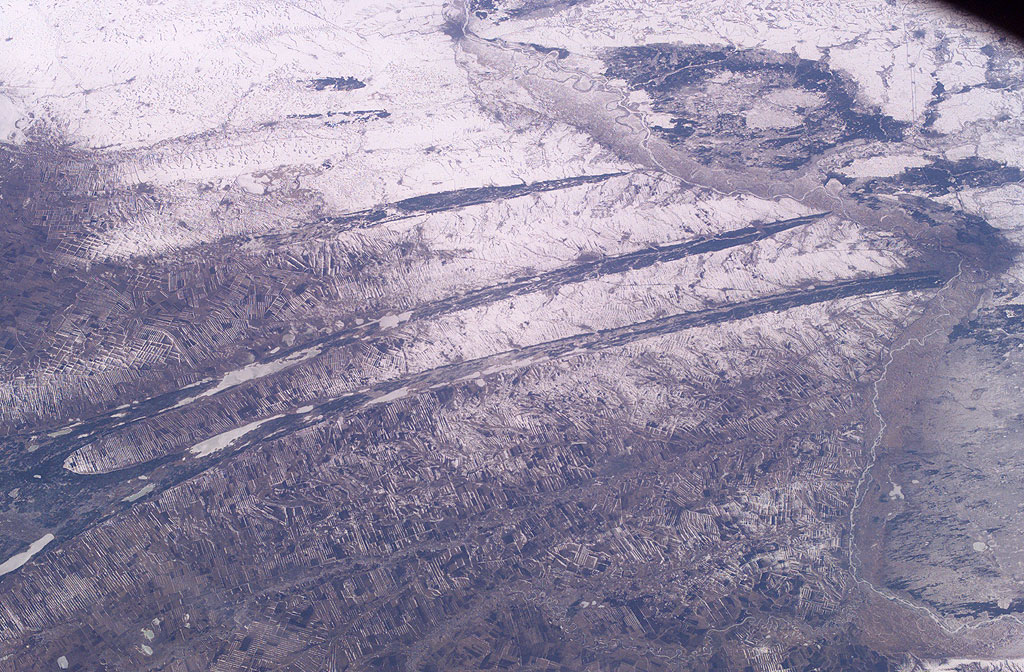 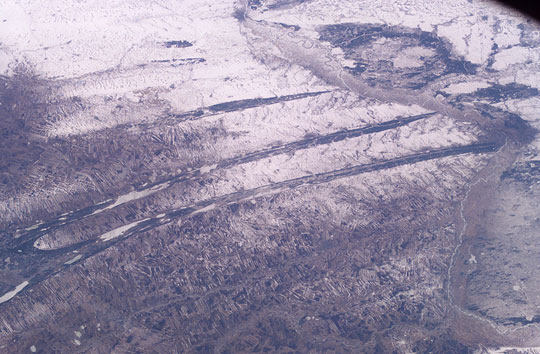 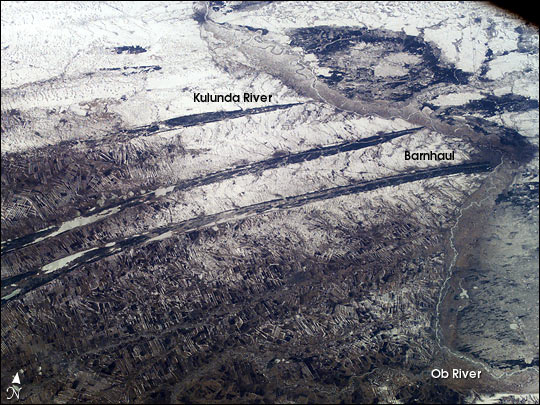 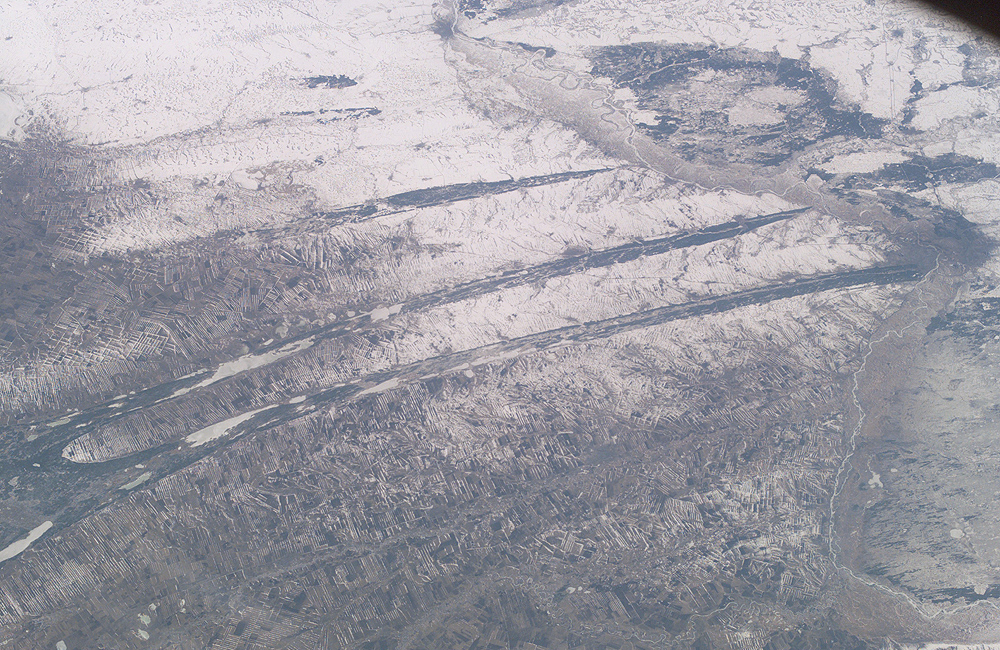 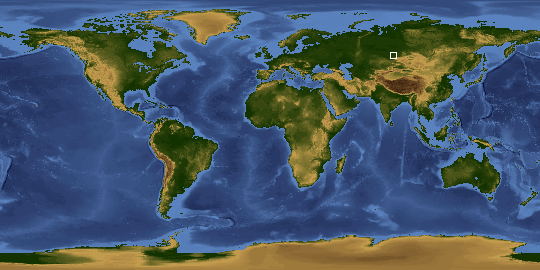 Other options available:
Download Packaged File
Download a Google Earth KML for this Image
View photo footprint information
Download a GeoTIFF for this photo
Image Caption: The dark spikes slashing across this agricultural area between the Ob River and the Irtysh River (out of the view left) form a familiar visual cue for astronauts that they are flying over Western Siberia. The signature pattern across the center is made by forests in a great plain that has been folded by tectonic forces--the surface rock layers form a long series of gentle folds aligned NE-SW. The lower zones are darker because the snow disappears through the Scotch pine trees. The higher areas are occupied by numerous angular fields of the steppe, etched by snow.

The Ob is a major river of Siberia, draining from the Altai Mountains on the borders of western China and Mongolia in central Asia, thousands of miles to the Arctic Ocean. Great bends in a 300-km stretch of the Ob River appear on the right side of this north-looking view image (taken with a 50 mm lens, April 10, 2003).

The major Siberian city of Barnaul is the dark patch on a sharp bend in the Ob River (right margin). Barnaul is a major industrial and cultural center, but began as one of Russia's most famous two mining cities, having supplied hundreds of tons of silver to the imperial coffers since the mid 1700s. Barnaul lies 200 km south of Novosibirsk, one of the most important cities on the Trans-Siberian railroad.