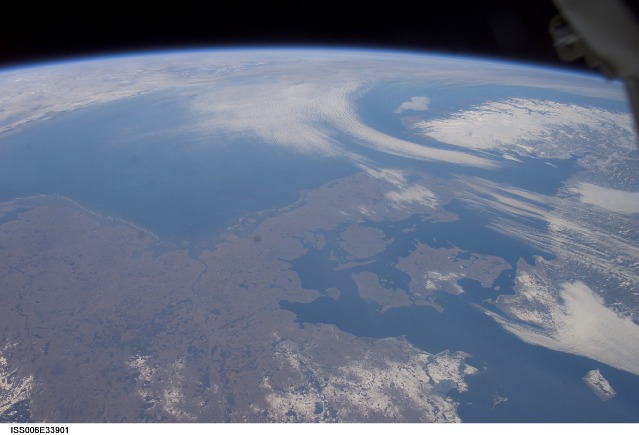 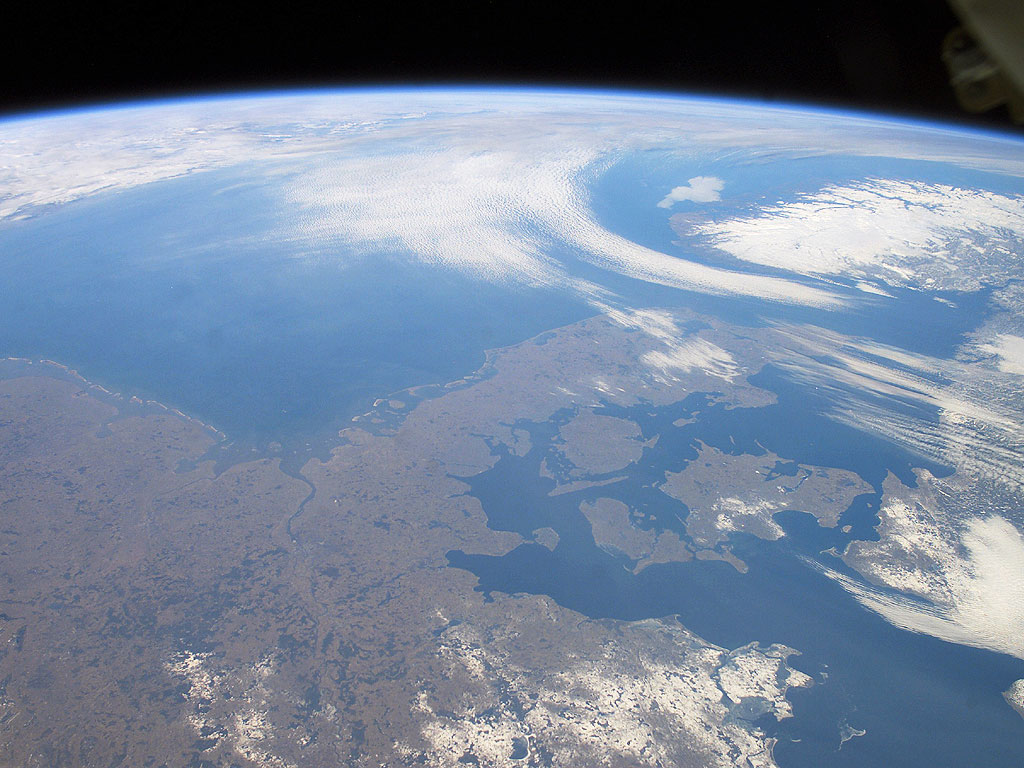 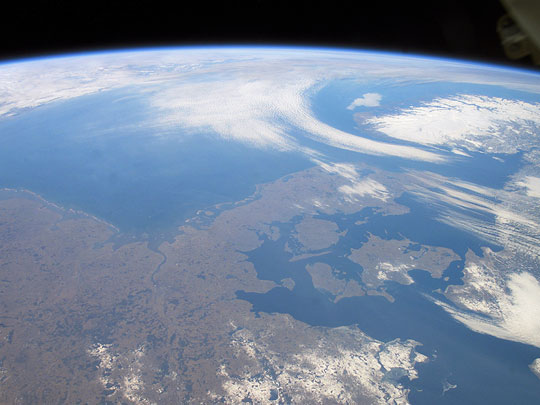 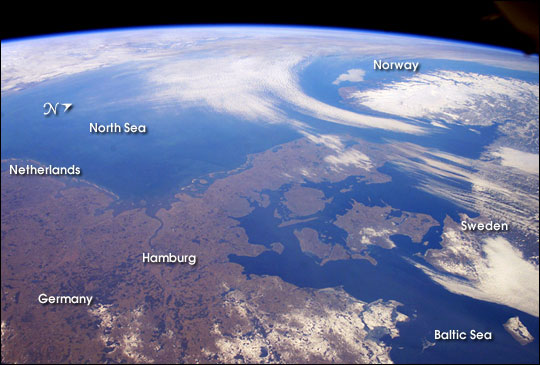 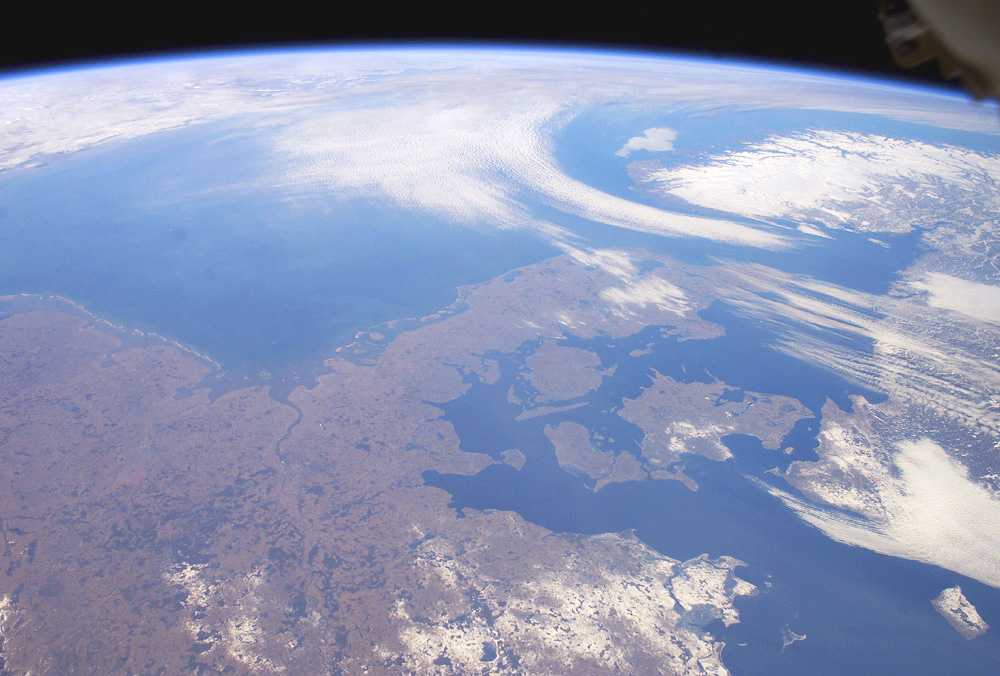 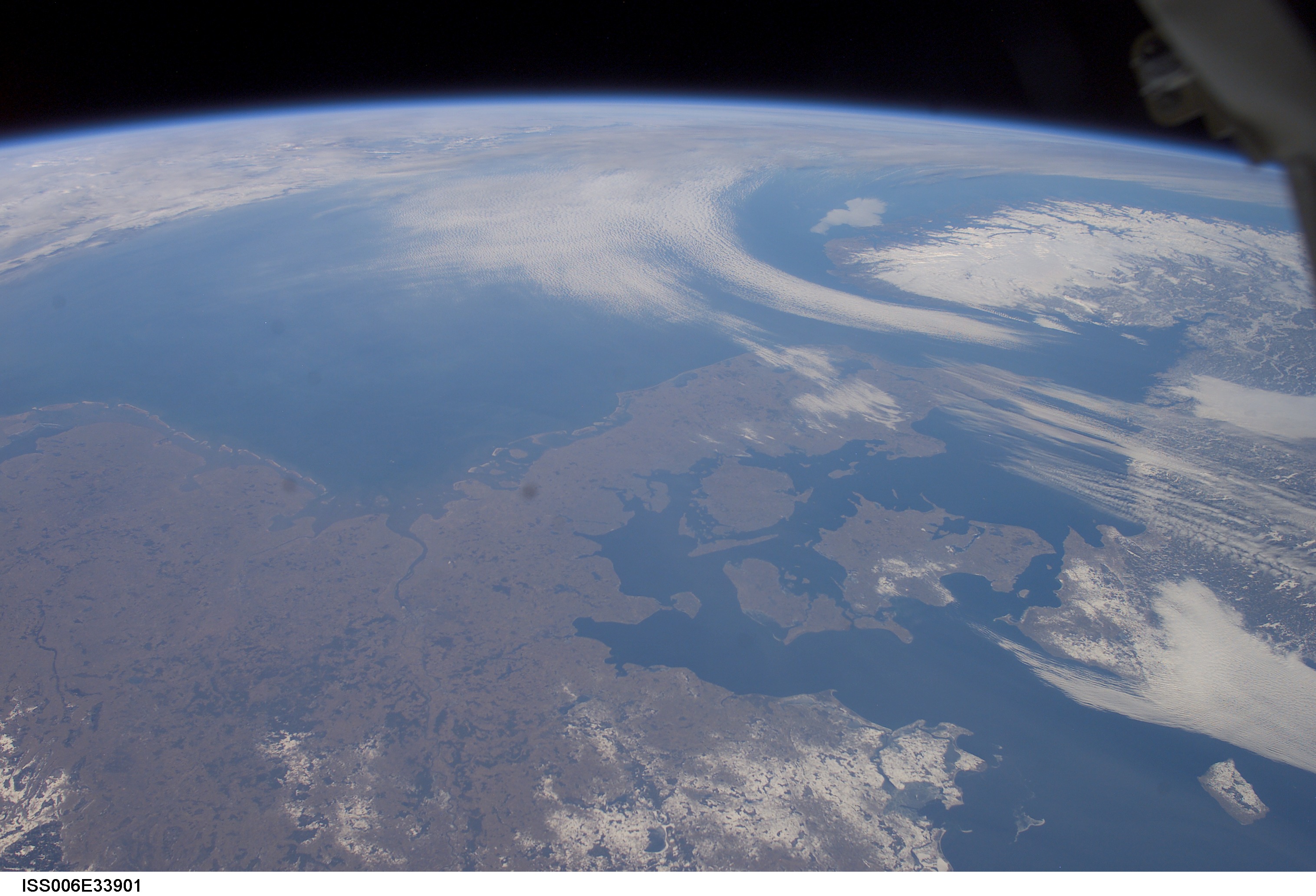 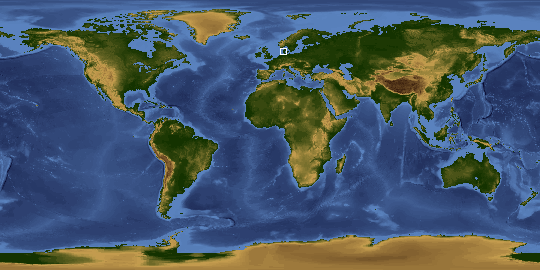 Other options available:
Download Packaged File
Download a Google Earth KML for this Image
View photo footprint information
Download a GeoTIFF for this photo
Image Caption: The Kingdom of Denmark, with an area of 16,639 square miles, consists of the Jutland Peninsula and roughly 500 islands. It is also a part of the generally fertile and mostly agricultural region known as the North European Plain. This entire region is generally flat to slightly rolling and is overlain with deposits of Pleistocene glaciers. (The Pleistocene lasted from 1.8 million to 11,000 years ago, during which time several ice ages occured.)

Taking advantage of remarkably fair weather over north central Europe for this time of year, the crew of the International Space Station took this panoramic view that extends from the North Sea coast of the Netherlands on the left to the Baltic Sea shores of Sweden on the right. The late-winter landscape has little snow cover except over northeastern Germany, Sweden, and the rugged mountains of Norway. Such images, composed by astronauts, provide unique, synoptic perspectives of the Earth's geography and natural processes.