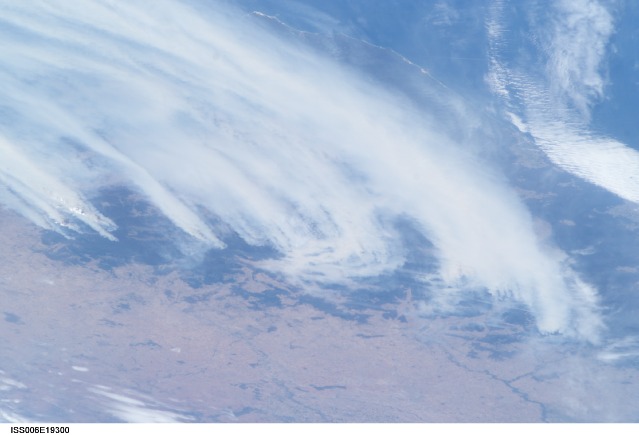 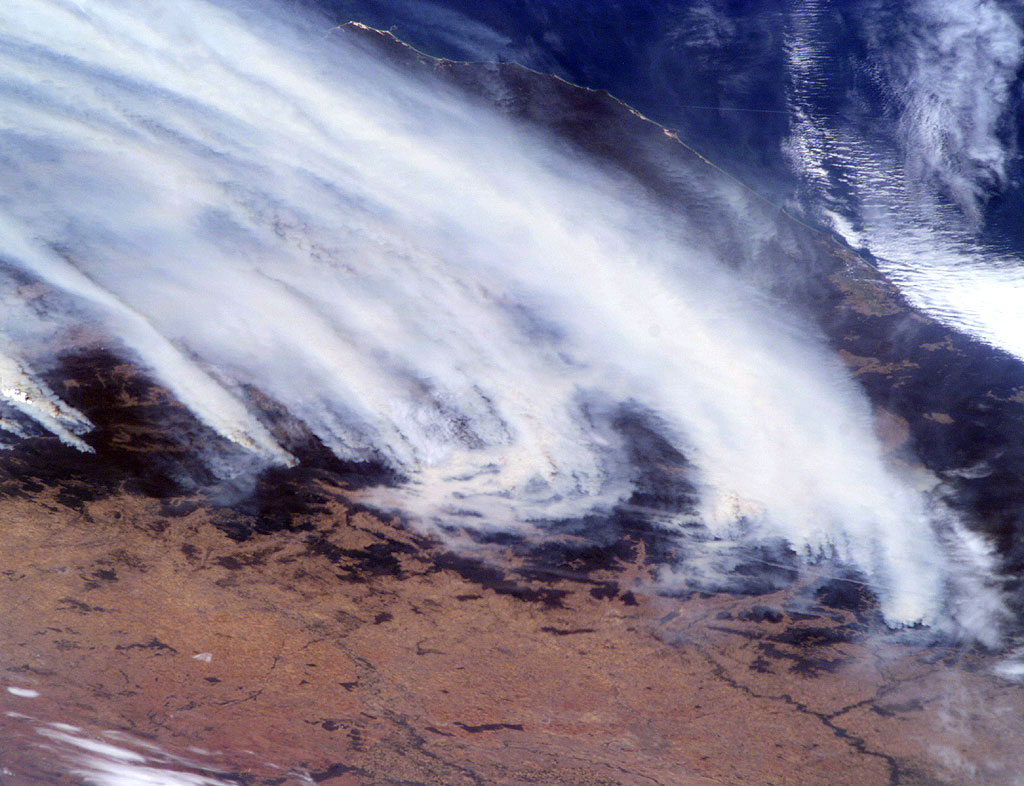 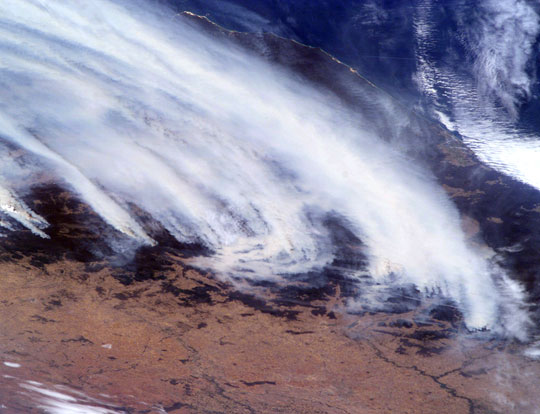 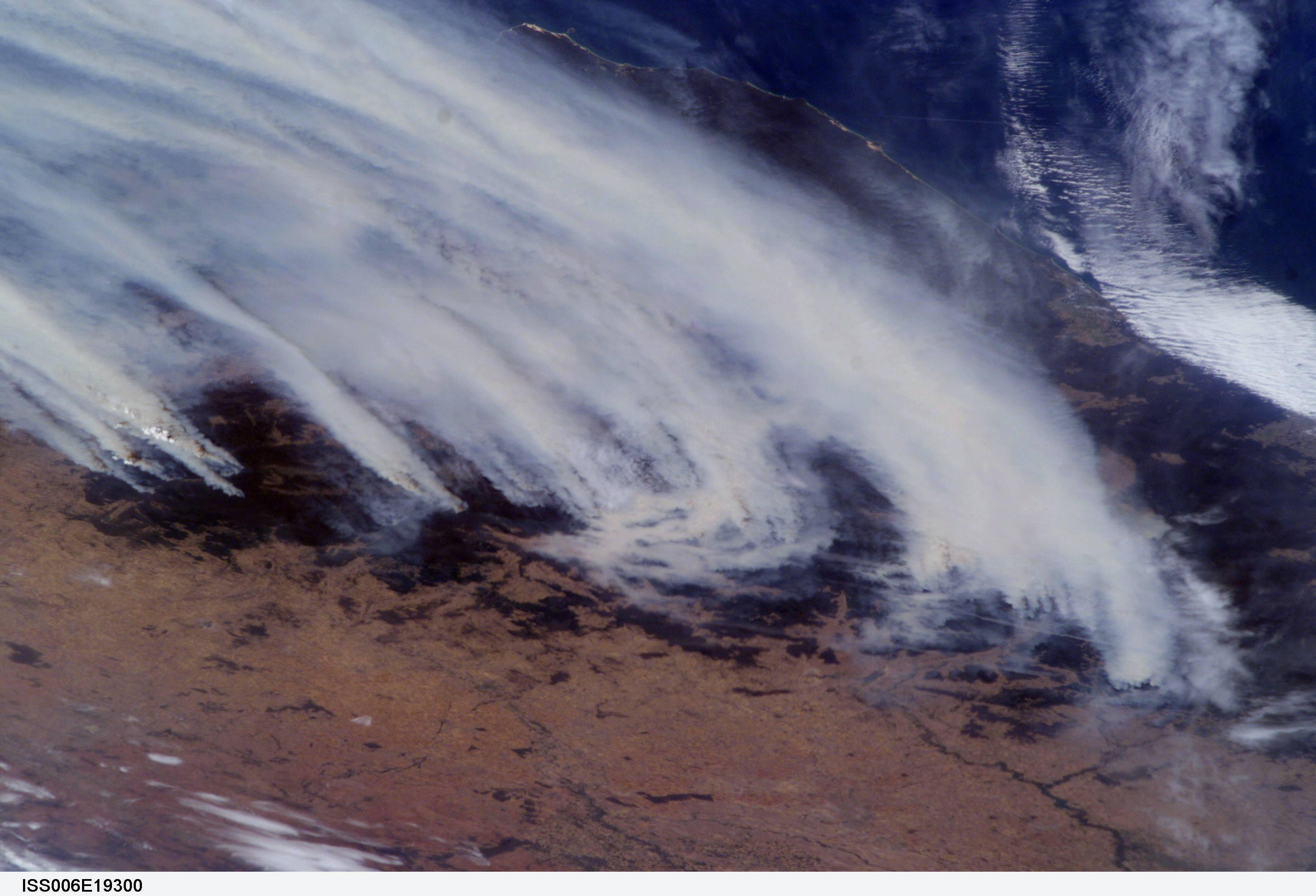 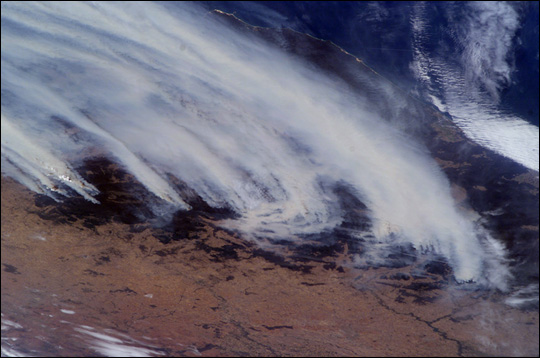 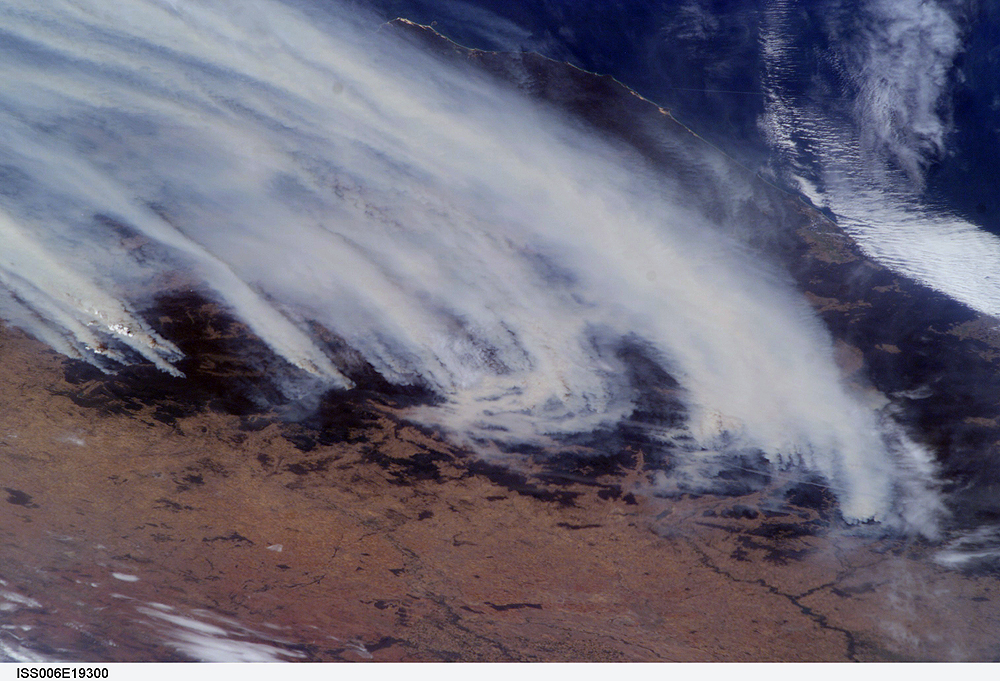 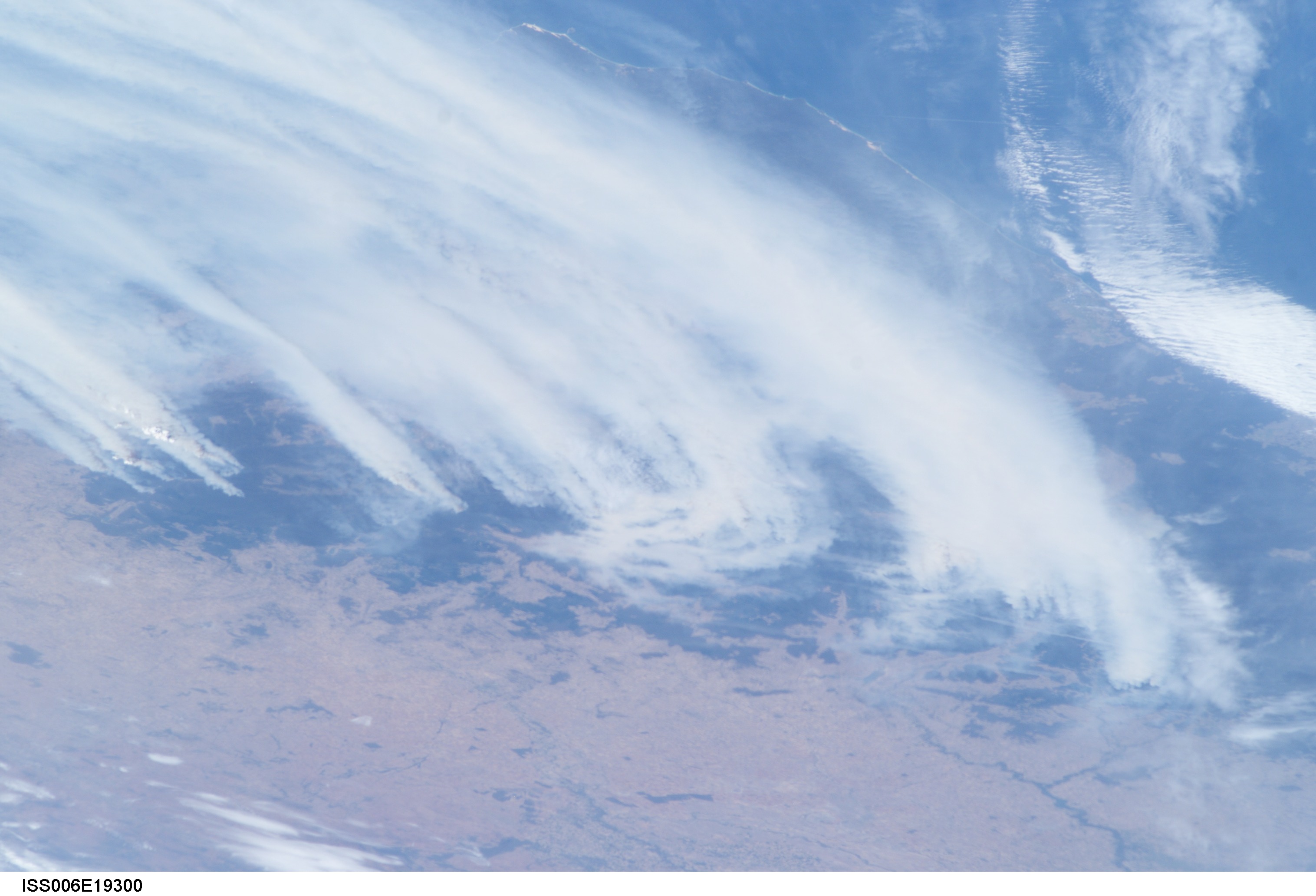 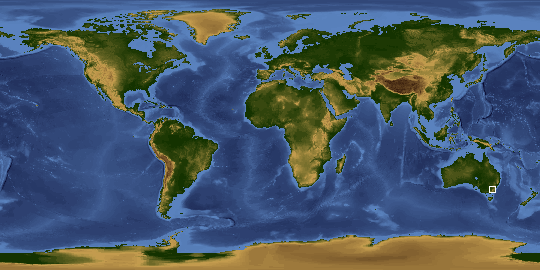 Other options available:
Download Packaged File
Download a Google Earth KML for this Image
View photo footprint information
Image Caption: For nearly six weeks now, southeastern Australia has been experiencing an unprecedented bushfire emergency. Following months of regional drought, the worst in 50 years, this summer's fire season has resulted in numerous large fires over much of the Great Dividing Range as well as an enormous smoke pall over New South Wales, Victoria, and the adjacent South Pacific Ocean. The fires have advanced from the lower foothills of the interior to higher elevations, recently threatening ski resorts in the Snowy Mountains.

The crew of the International Space Station took this dramatic image of the fires on the morning of January 18, 2003. Brisk winds are sweeping smoke plumes eastward off the Australian coast north of Cape Howe. The agricultural valleys of the Murrumbidgee and Murray Rivers give way to the burning, darker bush areas of the mountains with the extreme eastern coastline of Victoria visible beyond. Images like these are a unique contribution to our understanding of dynamic events -- made possible by the human observer in orbit.