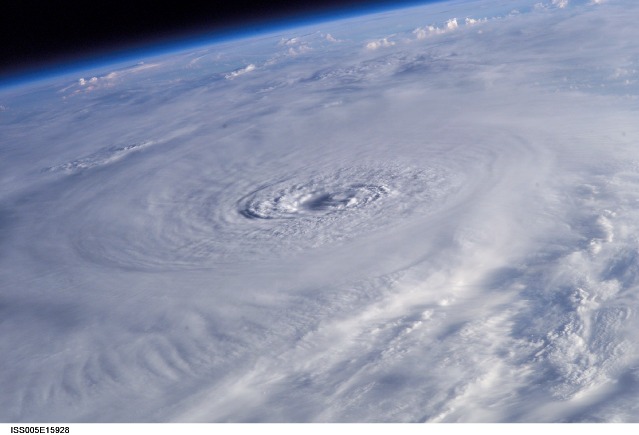 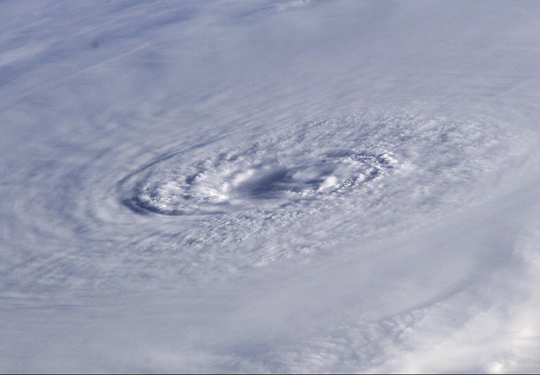 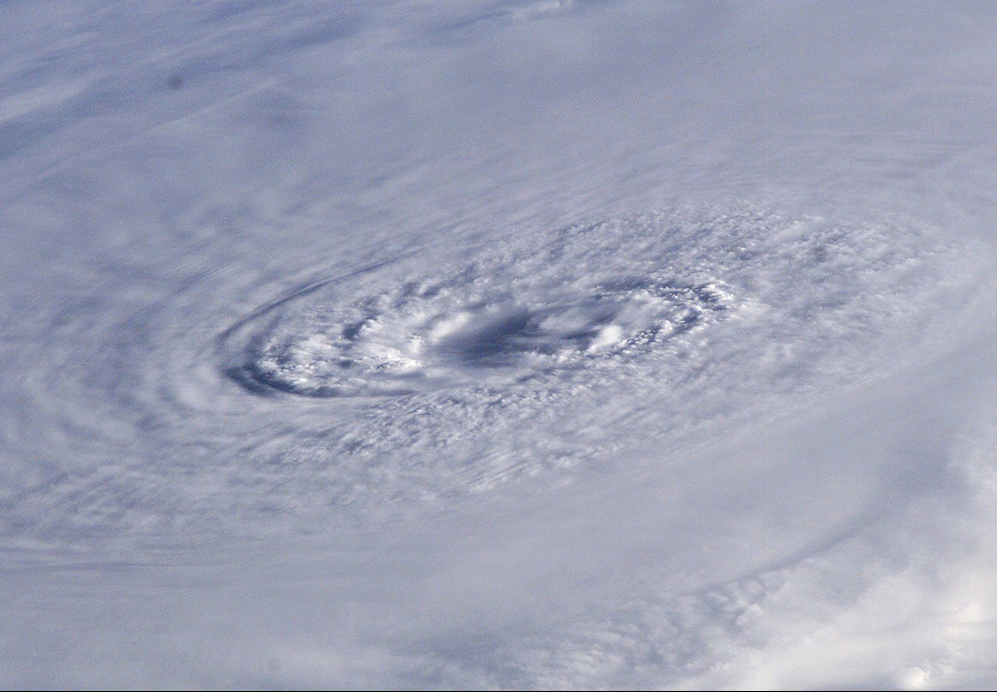 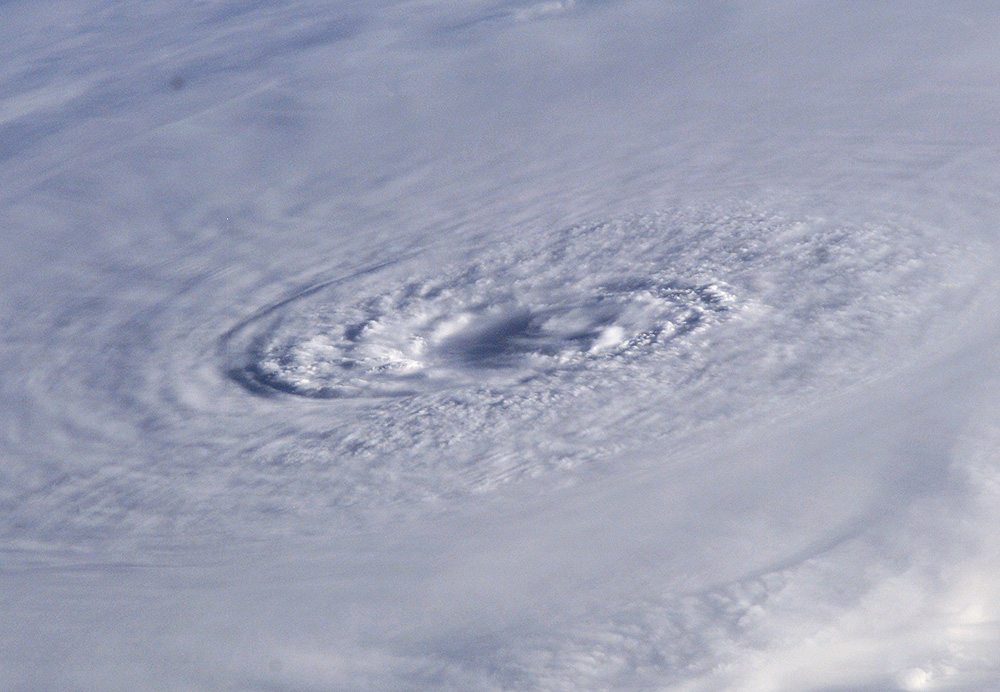 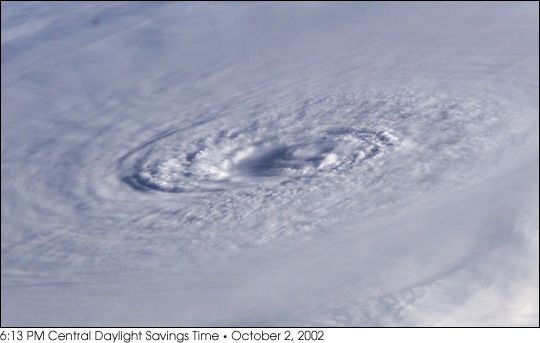 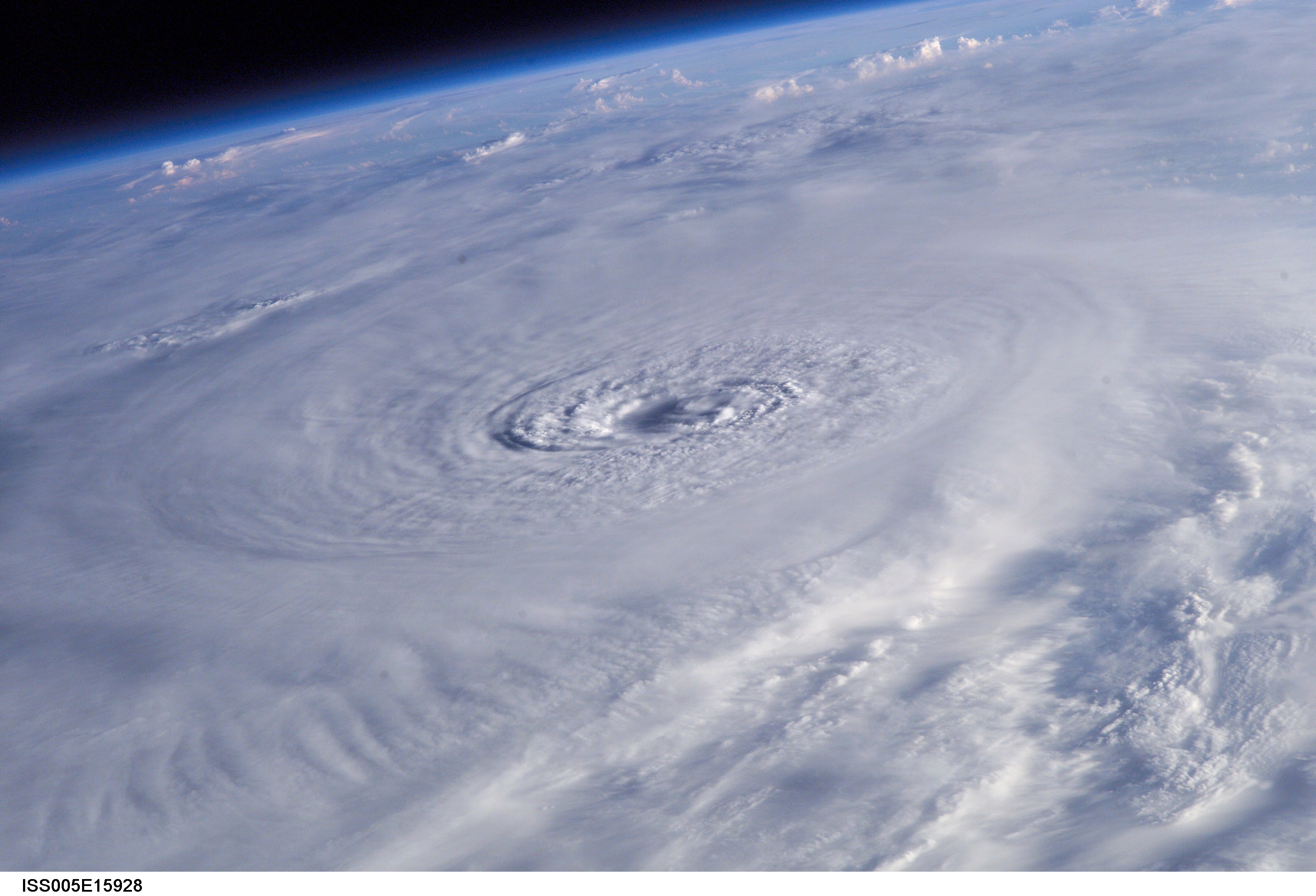 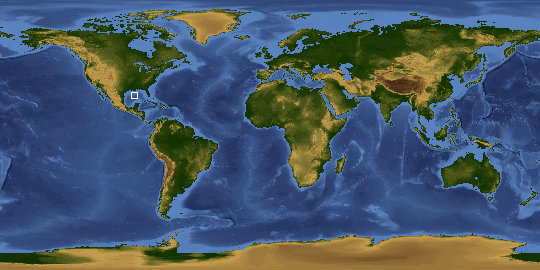 Other options available:
Download Packaged File
Download a Google Earth KML for this Image
View photo footprint information
Image Caption: On October 2, 2002, Houston's Mission Control Center powered down and people along the coasts of Texas and Louisiana prepared for landfall of Hurricane Lili. The storm held special significance for International Space Station astronauts orbiting above 210 n. mi. above--it delayed that day's launch of the Space Shuttle that was scheduled to bring them visitors and supplies and hardware. However, the crew gained perspective on Lili by tracking and photographing the hurricane near its peak. Early in the day, the storm strengthened rapidly from a strong Category 2 (at 7 AM CDT Oct. 2, maximum winds were near 95 knots with a central pressure of 954 millibars) to a robust Category 4 Hurricane (125 knots with the central pressure of 940 millibars). Fortunately the storm weakened to a Category 2 Hurricane again prior to landfall about twelve hours later on the marshy, uninhabited coast of central Louisiana south of Lafayette.

In successive late afternoon orbits, the astronauts viewed the storm in the northern Gulf of Mexico and acquired these dramatic digital photos of Lili's compact storm system along with details of the structure of its estimated 15 nautical mile wide eye. During this interval, the storm continued to intensify. The first pair of photos (left) were taken at 4:37 PM CDT. At 4 PM CDT Hurricane Hunter aircraft had estimated 120 knot winds. The pair of images on the right were taken 1 orbit later, at 6:13 PM CDT--the darker, bluer color results from lower sun angles. At 7 PM the Hurricane Hunter estimated the wind speeds at 125 knots These oblique views with low sun provide details and perspectives of such storms unavailable from meteorological satellite systems.