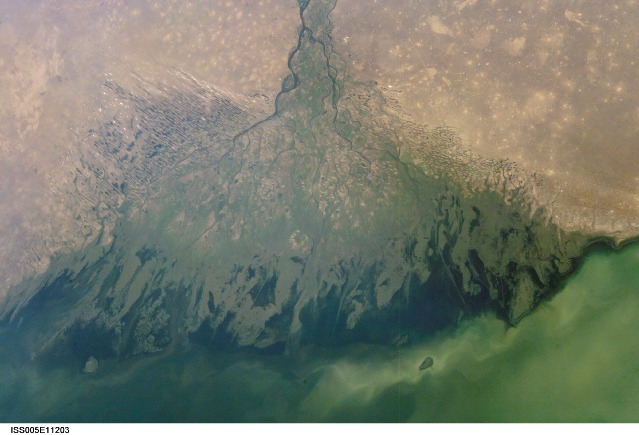 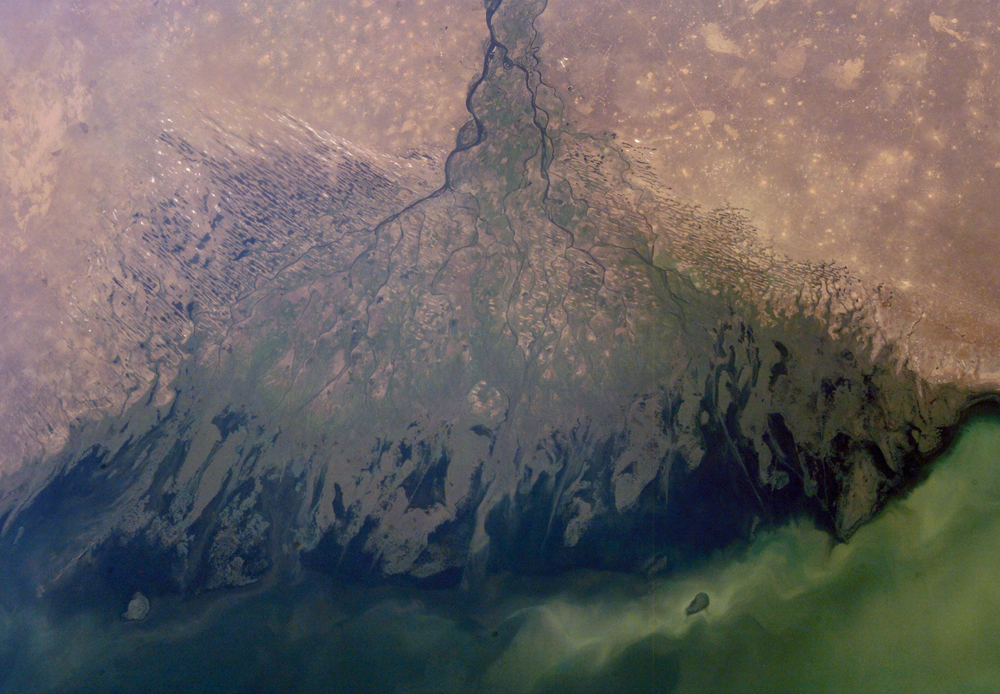 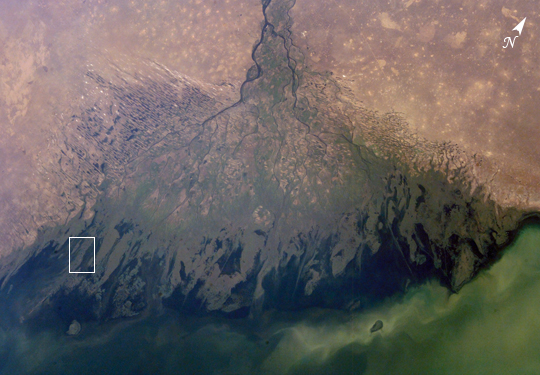 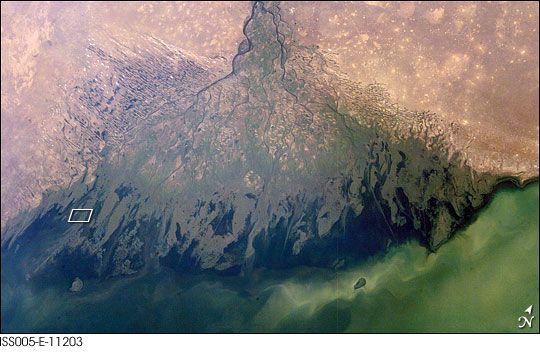 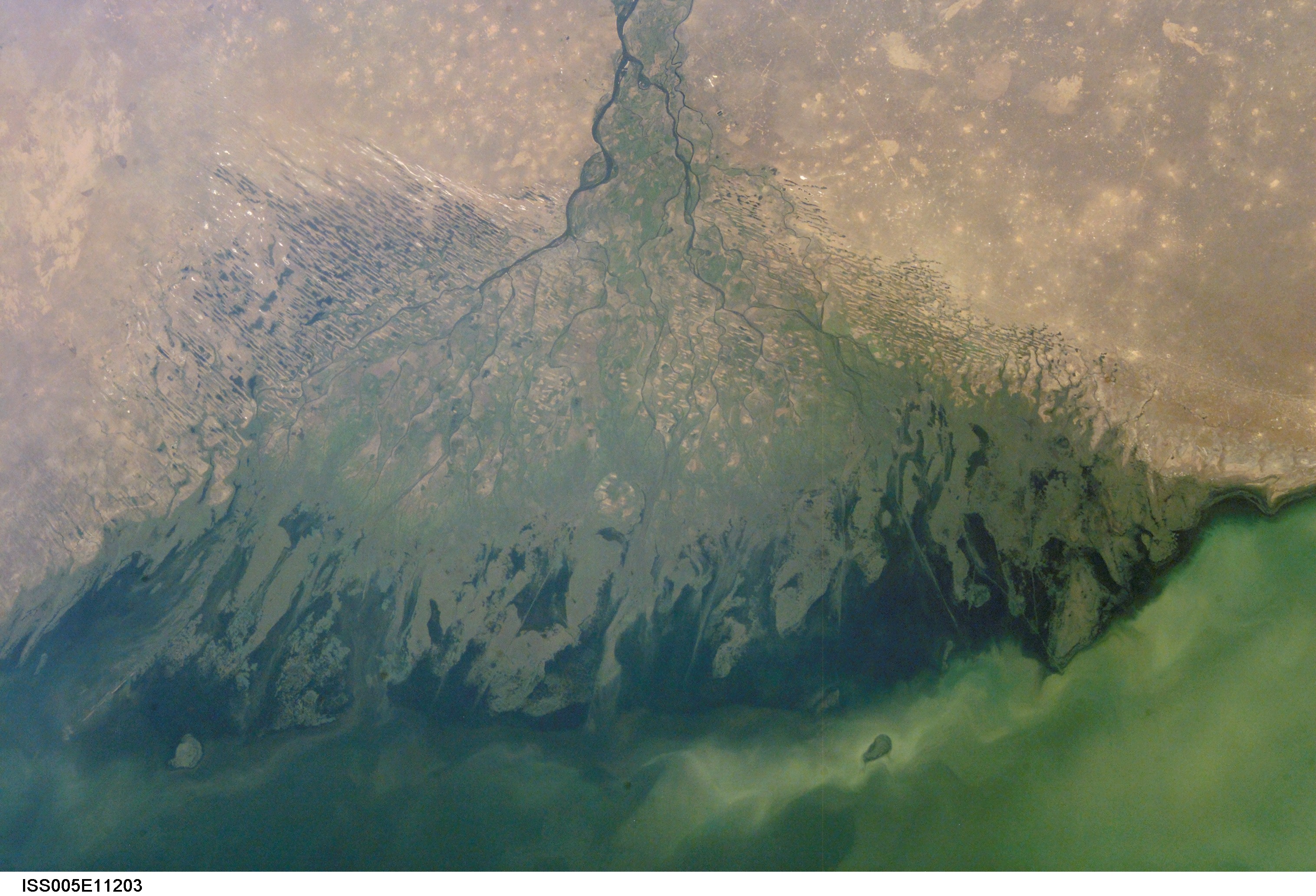 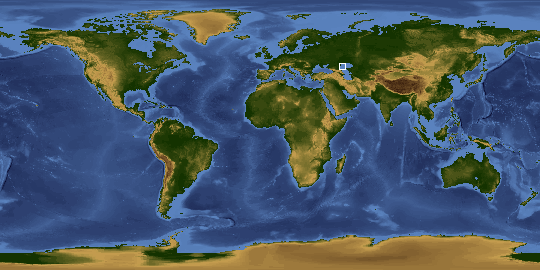 Other options available:
Download Packaged File
Download a Google Earth KML for this Image
View photo footprint information
Image Caption: ISS005-E-11203 (25 Aug. 2002) --- The Volga Delta, Russia is featured in this image photographed by an Expedition Five crewmember on the International Space Station. The Volga River drains much of western Russia's industrial region and travels southward to empty into the Caspian Sea. According to scientists, over thousands of years, the river has built out a tremendous delta that forms the northwestern shoreline of the Caspian Sea. The Volga Delta is many things: the delta channels provide transportation access between the heartland of Russia and the oil-rich Caspian Sea. The Volga's extensive distributaries harbor habitat and rich fishing grounds for Russia's famous beluga sturgeon -- better known as the source of beluga caviar. The delta's wetlands, parts of which are designated as the Astrakhanskiy Biosphere Reserve, are important stopping points and breeding grounds for migrating water birds.