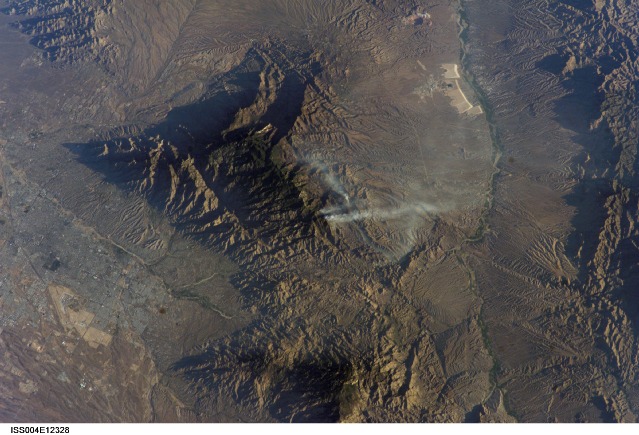 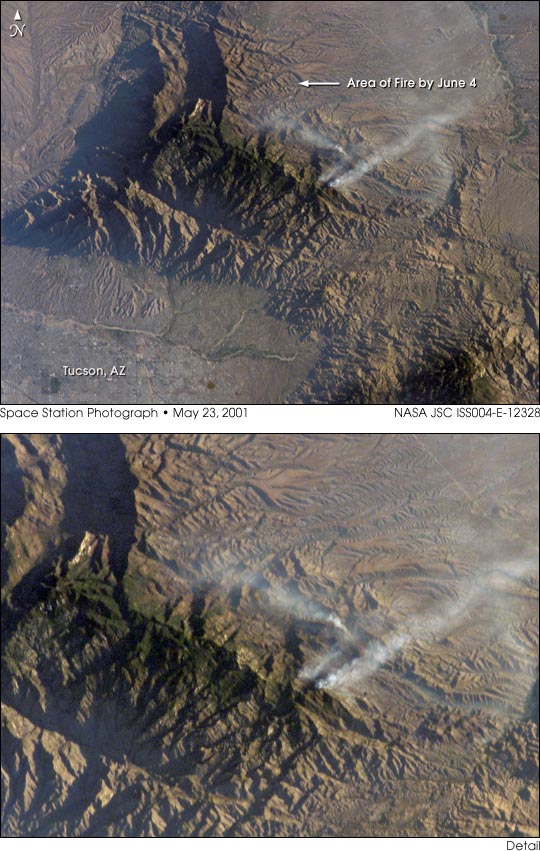 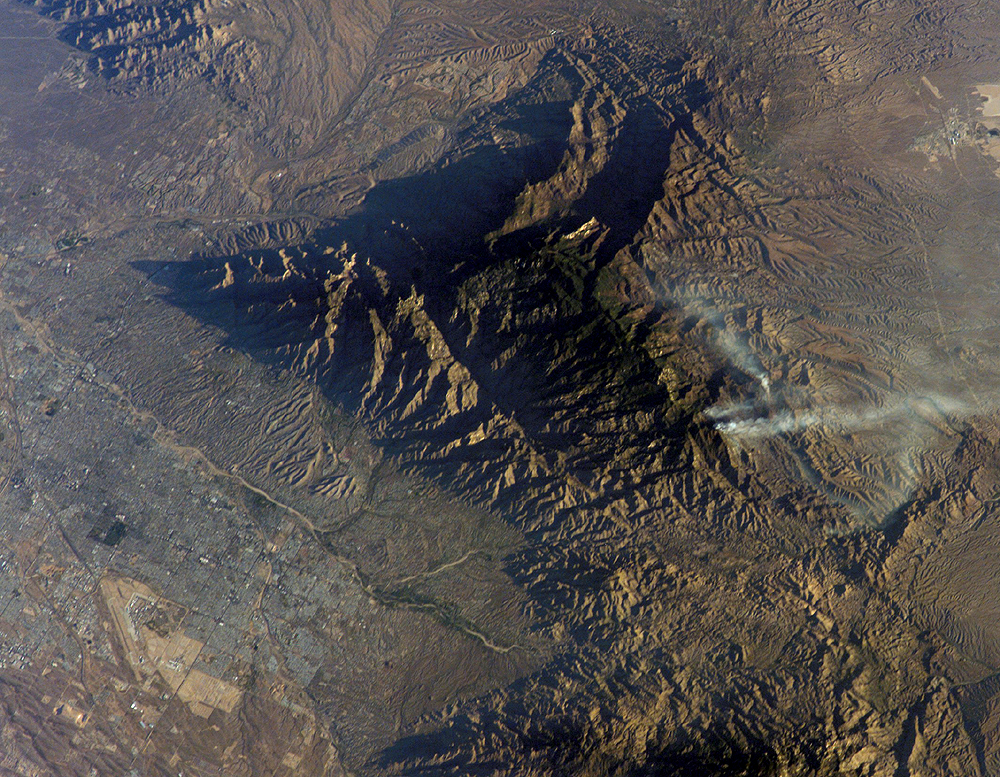 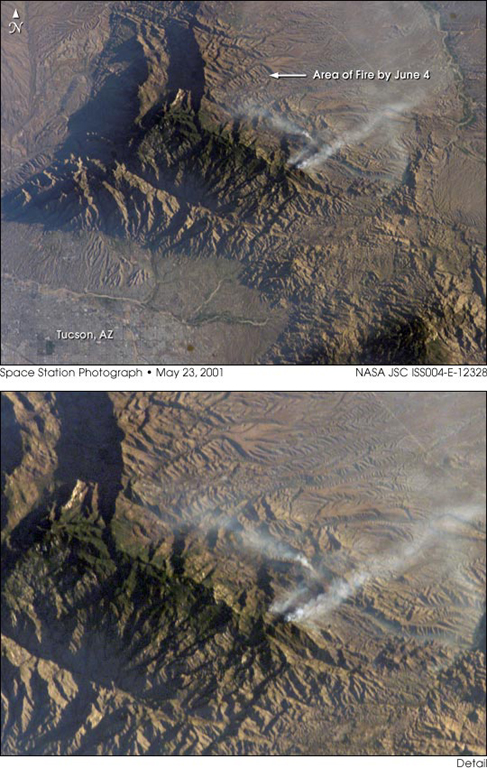 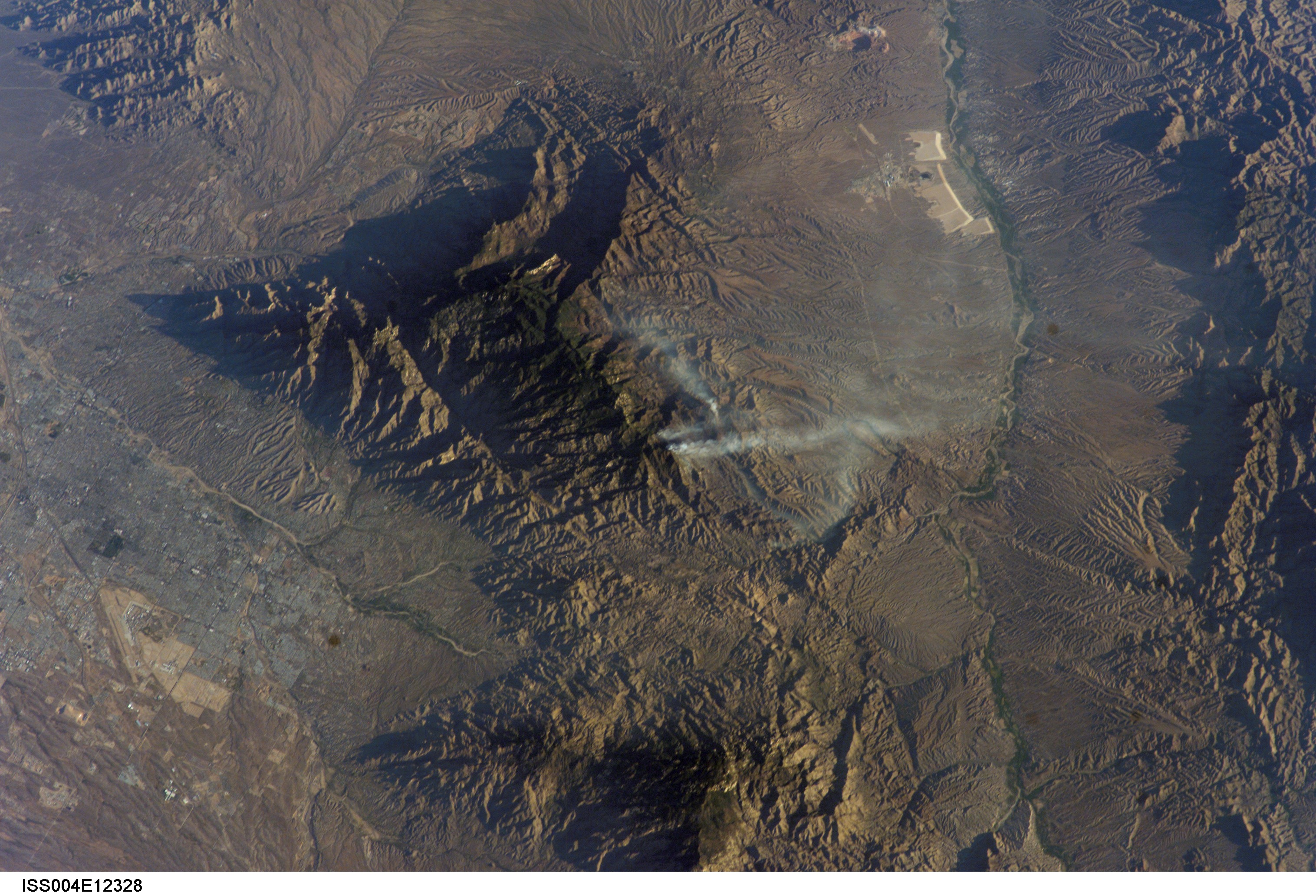 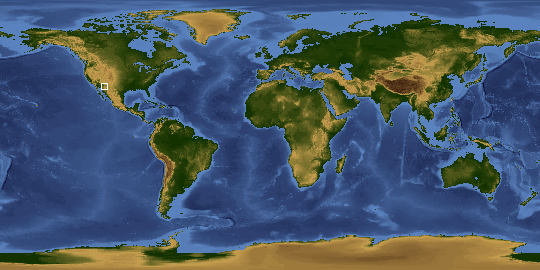 Other options available:
Download Packaged File
Download a Google Earth KML for this Image
View photo footprint information
Image Caption: This image of the Bullock Fire was taken by the crew of the International Space Station using a digital camera on May 23, 2002, two days after the fire began. By May 25, fighting the fire was listed as the top national priority. The mountainous region of the Coronado National Forest, northeast of Tucson, Arizona, is highlighted by the low sun angle when the photograph was taken. Around 30,560 acres were consumed by the blaze (which was 85% contained by June 3) but it is still considered dangerous.