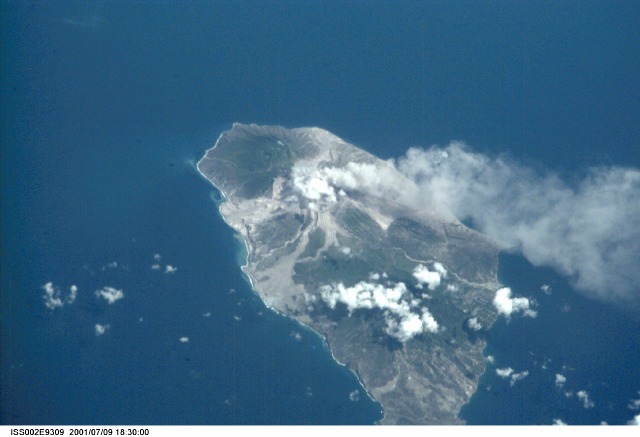 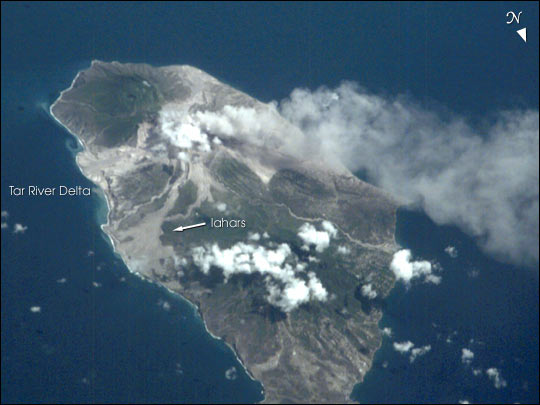 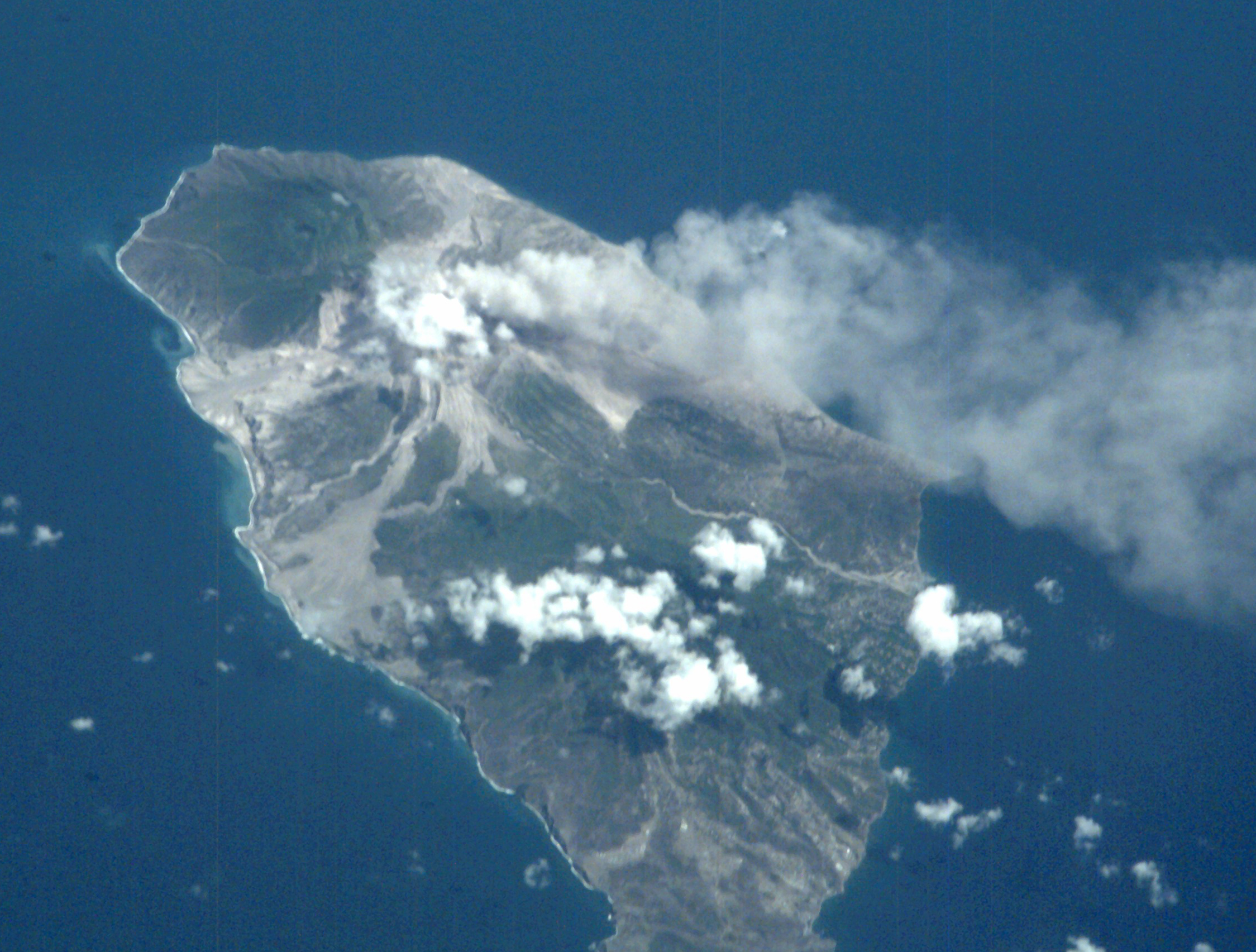 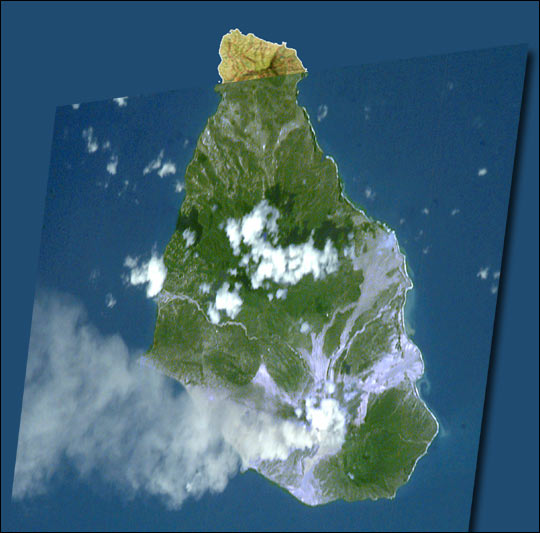 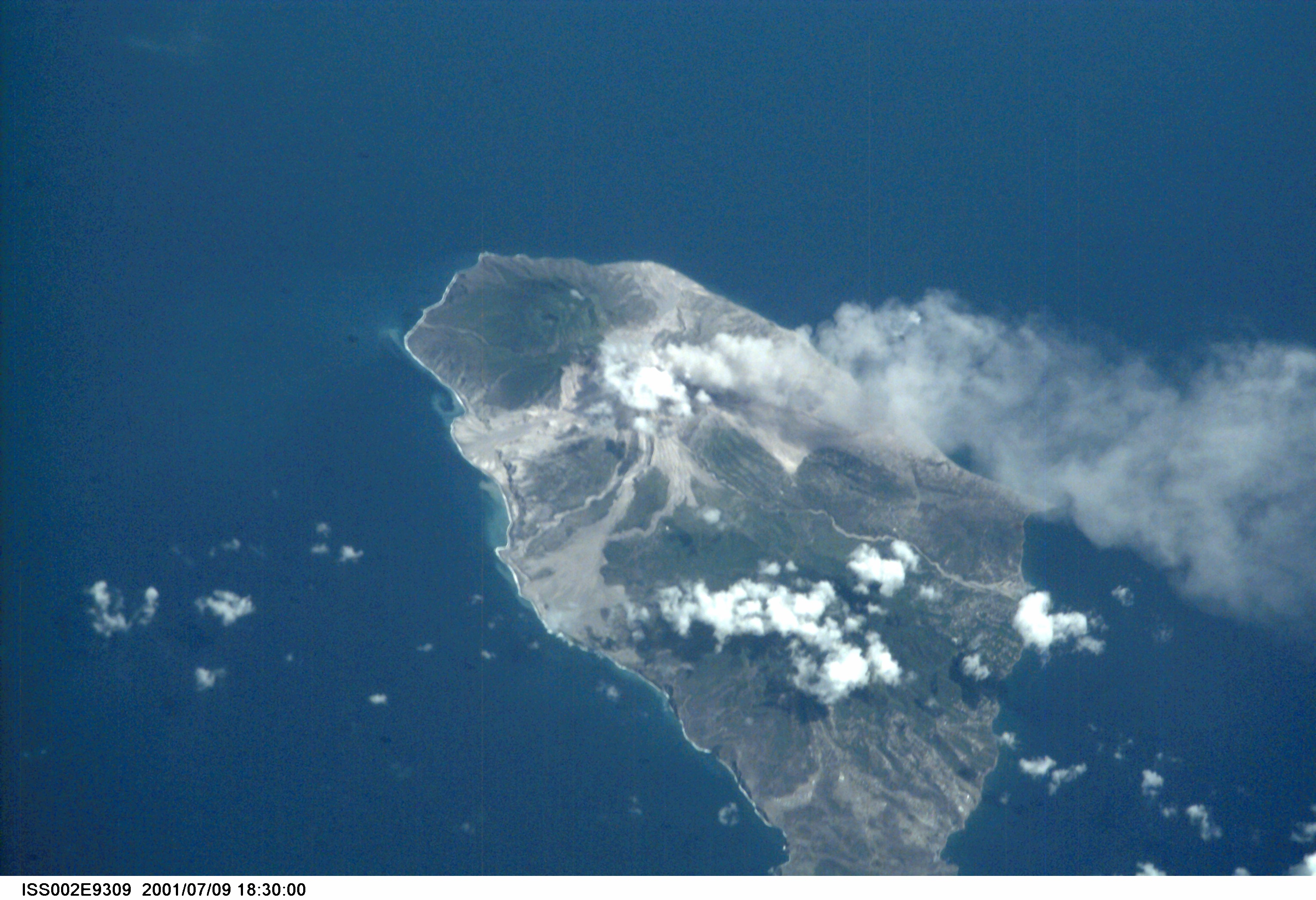 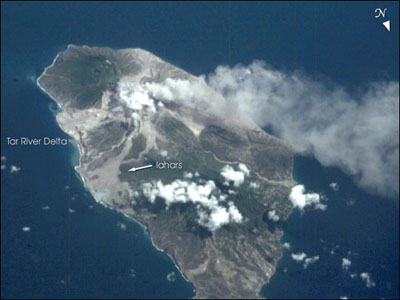 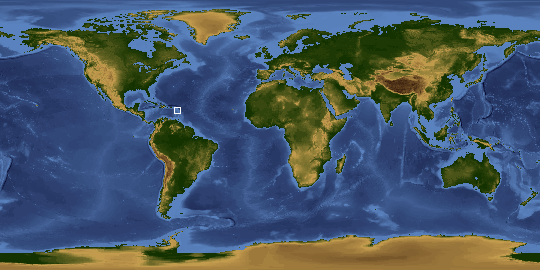 Volcanic activity on the West Indian island of Montserrat has remained high for several years--the current activity started in 1995. However, remote sensing of the island has been difficult because of frequent cloud cover. The International Space Station crew flew north of the island on a clear day in early July (July 9, 2001) and recorded a vigorous steam plume emanating from the summit of Soufriere Hills. The image also reveals the extensive volcanic mud flows (lahars) and new deltas built out from the coast from the large amounts of volcanic debris delivered downstream by the rivers draining the mountain. As a small island (only 13 x 8 km), all of Montserrat has been impacted by the eruptions.