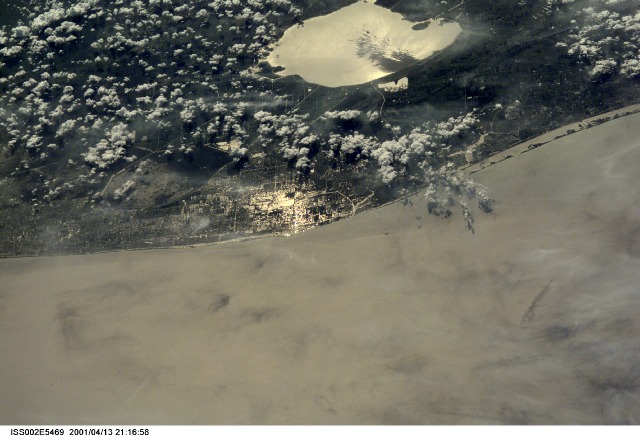 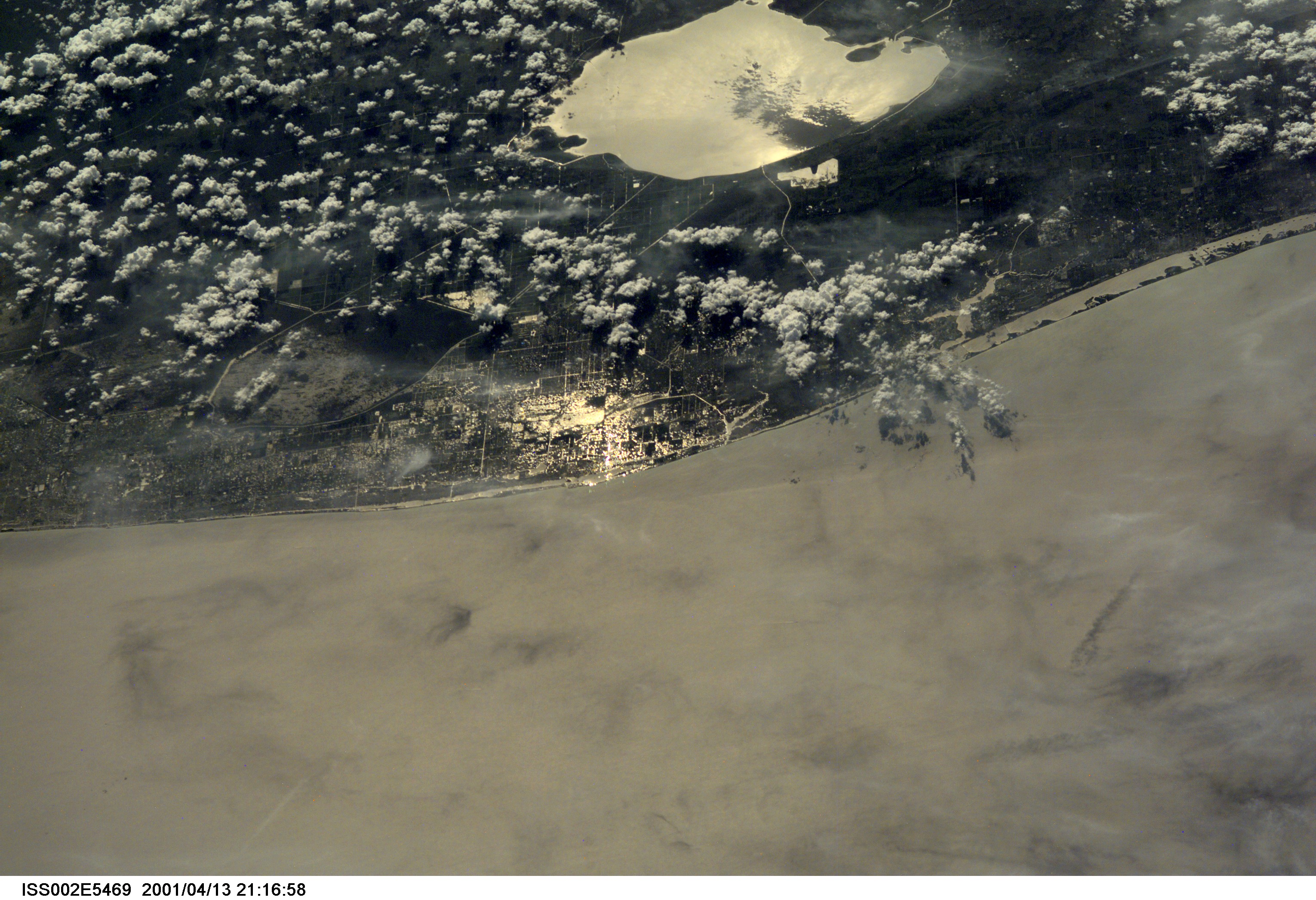 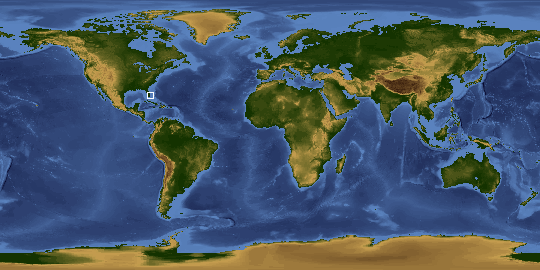 Other options available:
Download Packaged File
Download a Google Earth KML for this Image
View photo footprint information
Image Caption: ISS002-E-5469 (13 April 2001) --- The Atlantic Coast of parts of southern Florida was captured with a digital still camera by one of the Expedition Two crew members aboard the International Space Station (ISS). Among recognizable points are Palm Beach, West Palm Beach (near center frame), the Indian River (near the coast) and Lake Okeechobee (top center). This was one of a series of images of southern Florida that were
captured by the Expedition Two crew on April 13, 2001.