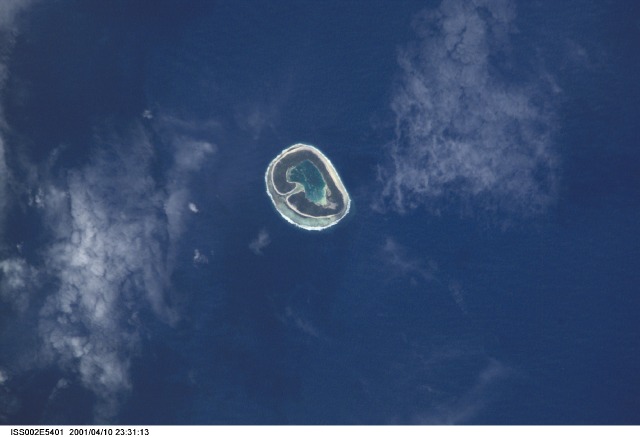 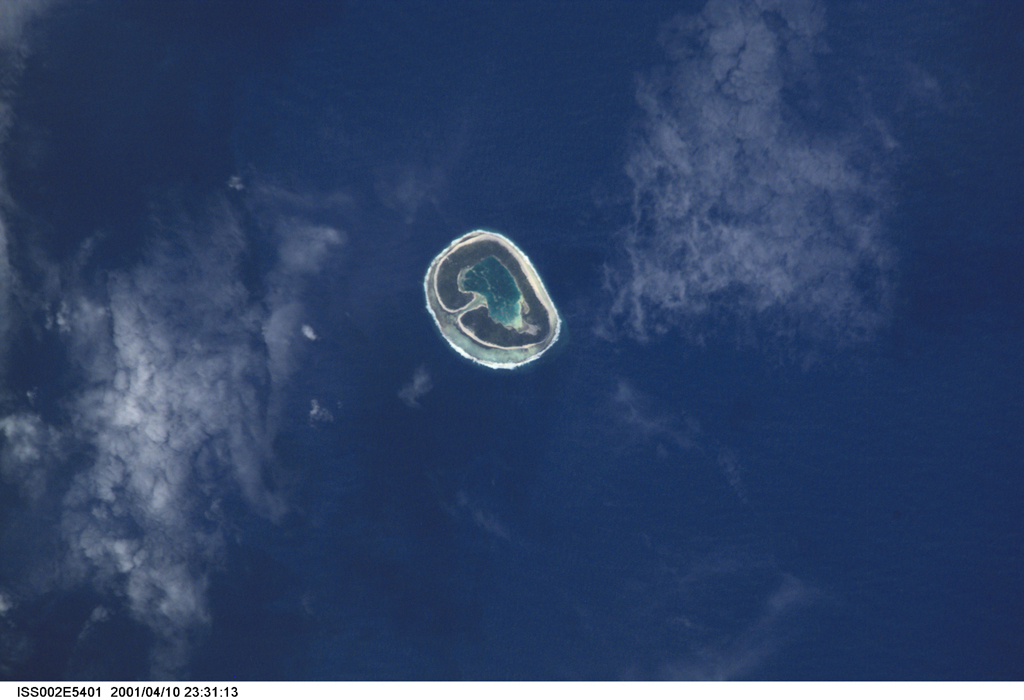 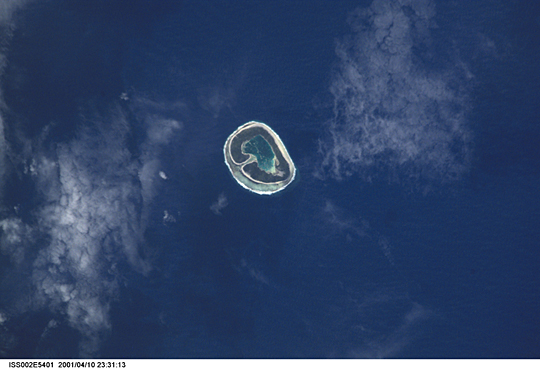 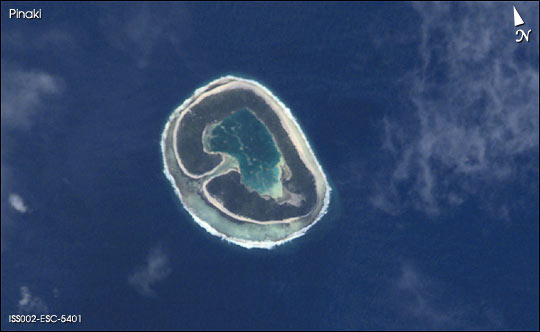 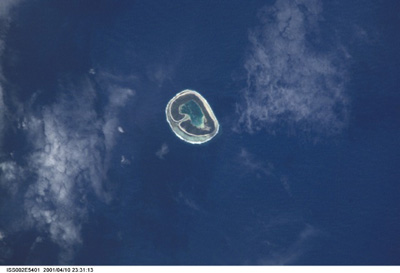 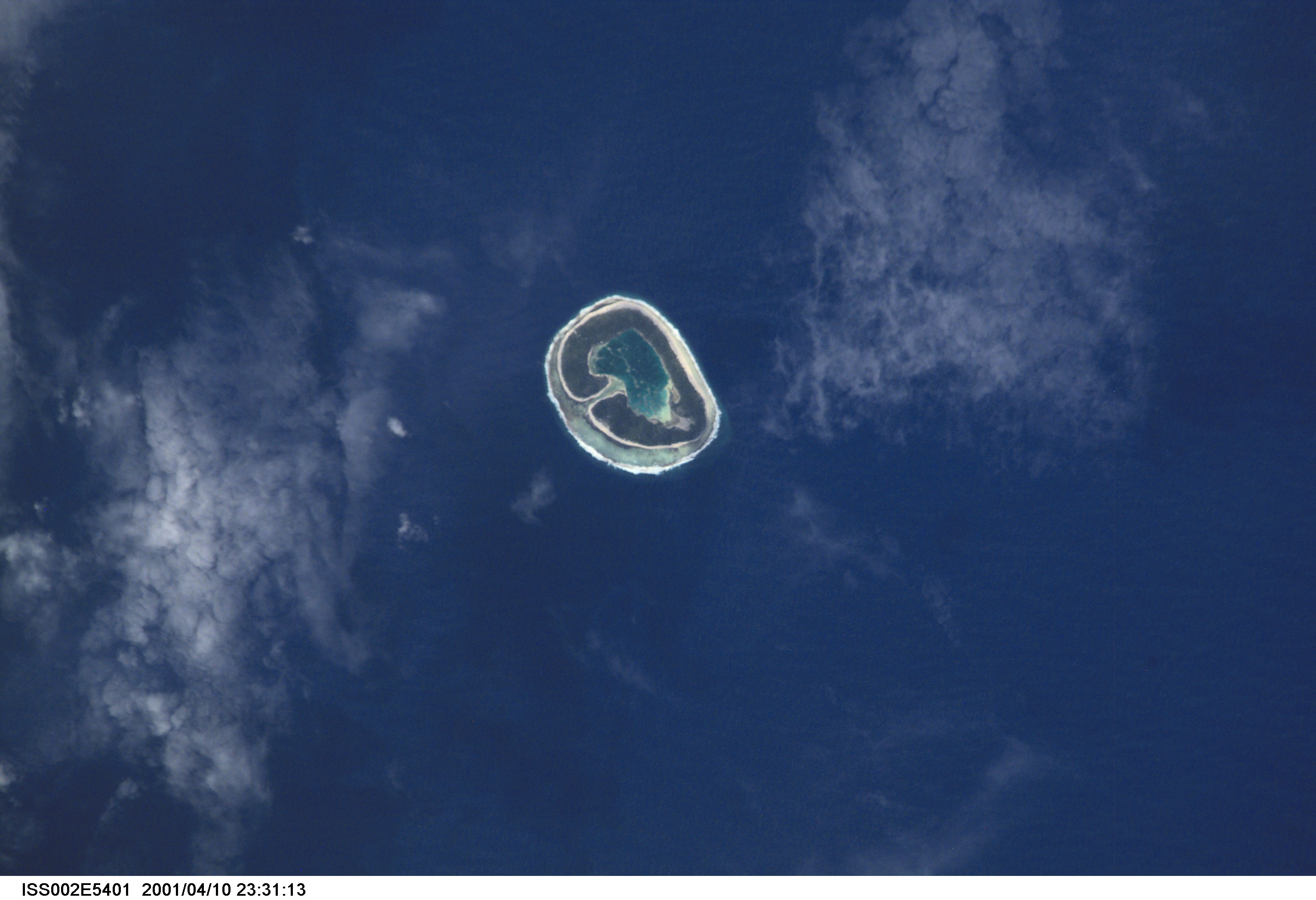 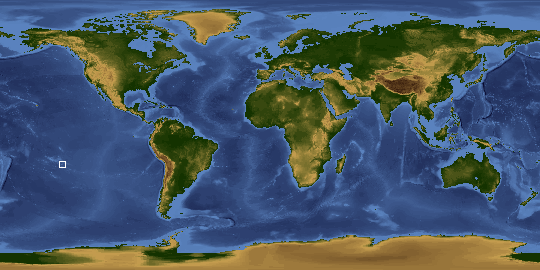 Other options available:
Download Packaged File
Download a Google Earth KML for this Image
View photo footprint information
Image Caption: This image of the Tuamotu Archipelago, French Polynesia, illustrates diversity in the morphology of atolls, one of the major types of coral reef formations. A typical atoll structure is a lagoon surrounded by a closed rim of cays and shallow spillways that control the exchange of water between the ocean and the lagoon. However, like human beings, this general scheme may vary according to the history of each individual atoll, resulting in a high diversity of morphology, especially for small atolls. Pinaki (3.54 km2) has a drying shallow lagoon still connected to the ocean via a single narrow spillway. Images such as these are useful to classify and study the atolls according to their spatial structure.