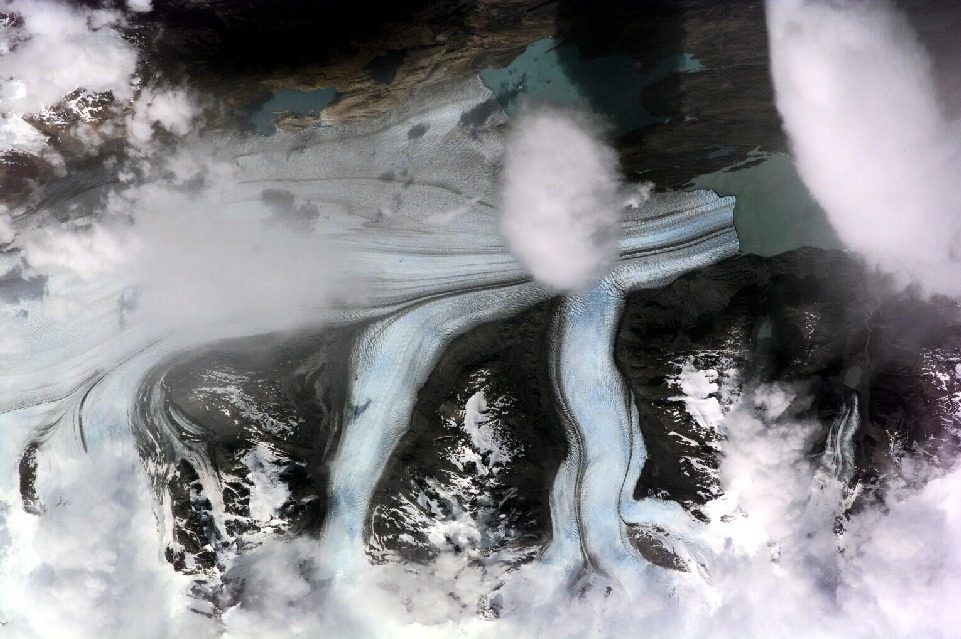 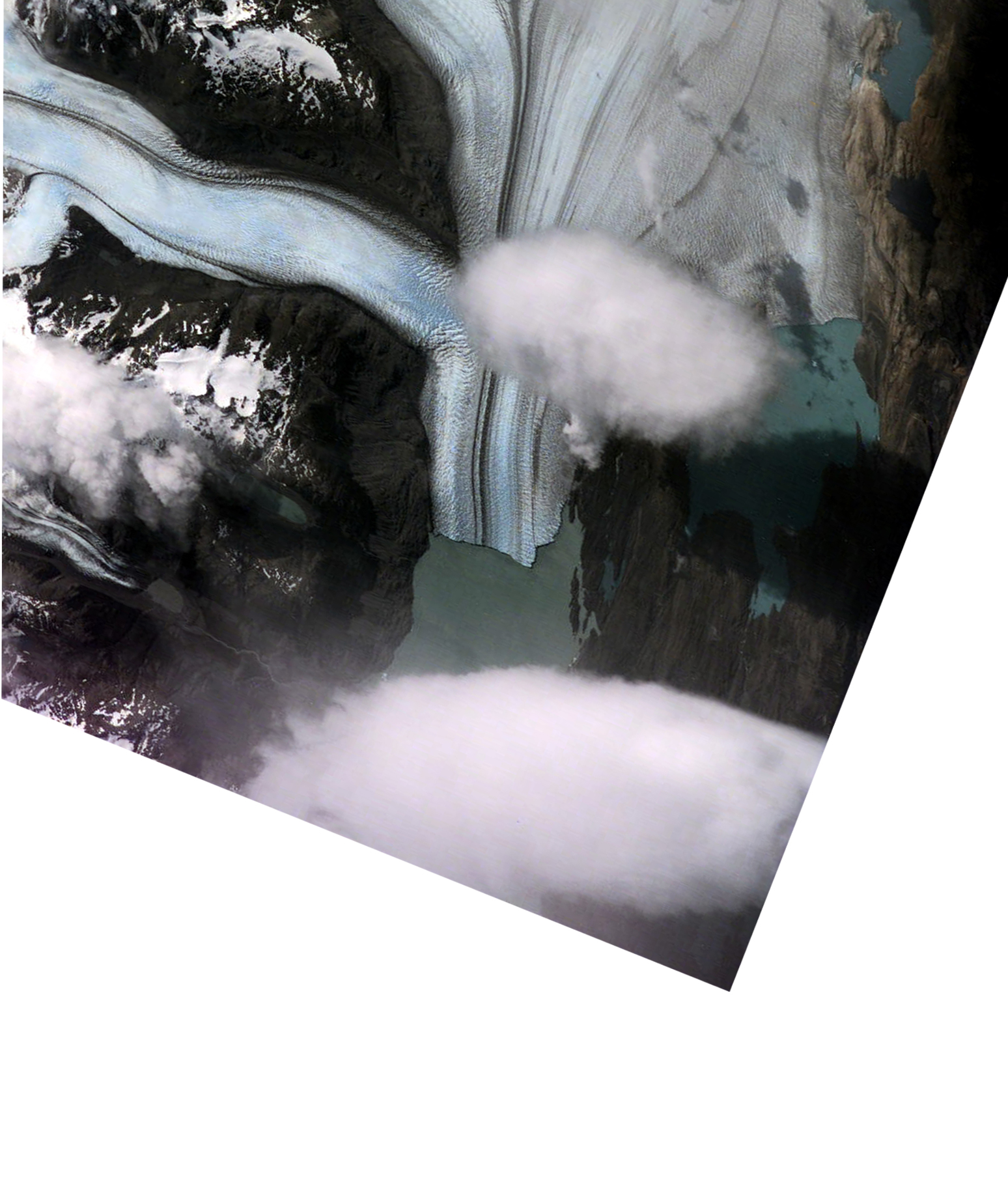 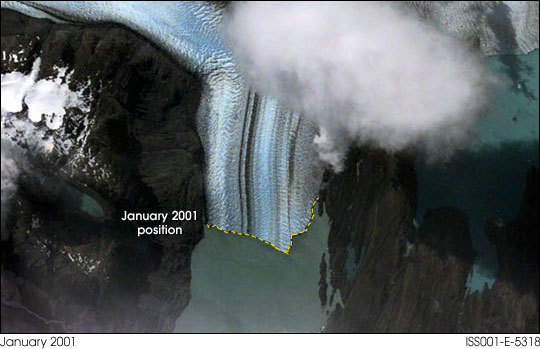 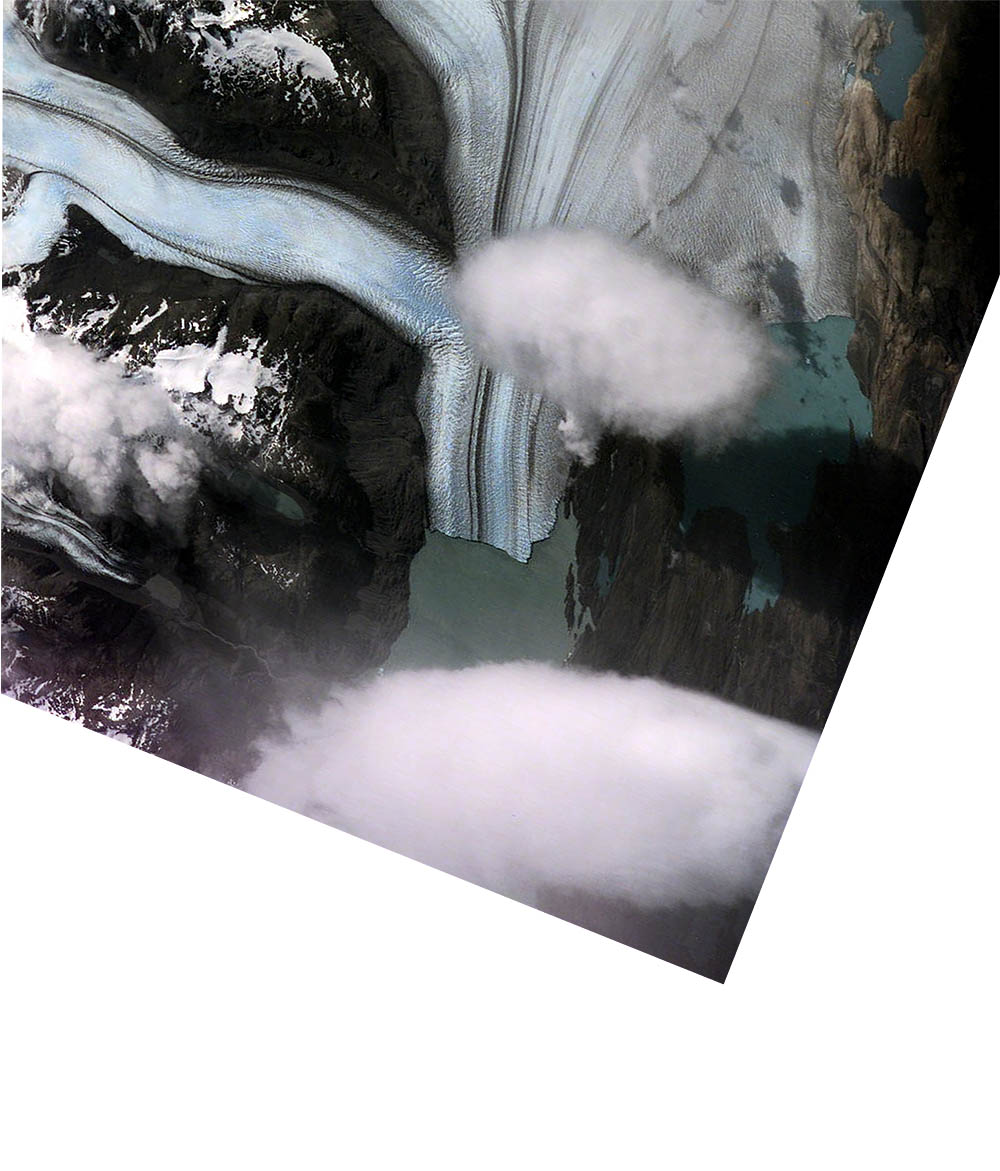 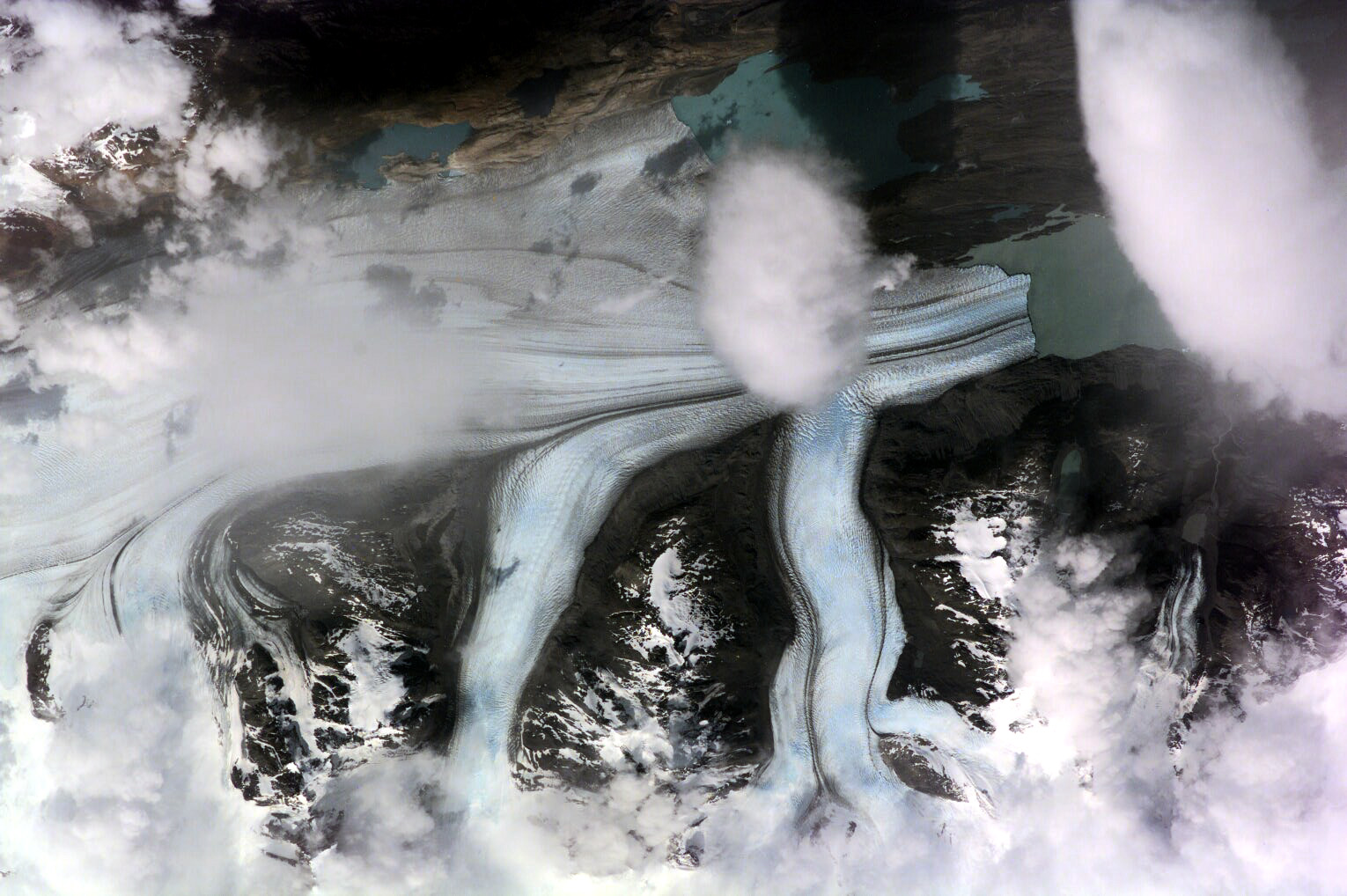 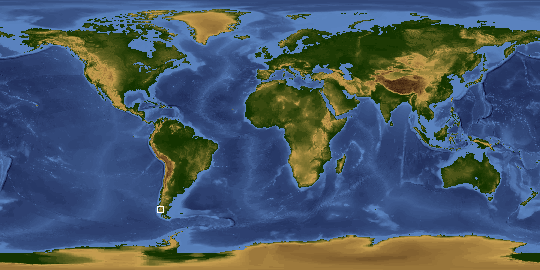 Other options available:
Download Packaged File
Download a Google Earth KML for this Image
View photo footprint information
Image Caption: Glacial Retreat:
For the crew onboard the International Space Station daylight views of the Earth's Southern Hemisphere offer fewer opportunities to observe and document land features with onboard cameras. However, South America's Patagonian Ice Fields and glaciers in the far southern Andes mountains offer beautiful, dynamic features with frequent passes whenever weather conditions permit. On the afternoon of January 3, 2004, the crew took ISS008-E-11807 of the Upsala Glacier in Argentina through a 400mm lens. This is the third largest glacier of the Southern Patagonian Ice Field with an estimated area of over 800 square kilometers. This long, north-south oriented river of ice terminates in the northern arm of Lake Argentino.

A worldwide retreat of glaciers was observed during the twentieth century and most of the Patagonia's glaciers, including Upsala were no exception. From the late 1960's to the mid 1990's the retreat of some parts was in excess of 4 kilometers. The glacier's retreat appears to be continuing during the Space Station era with visible changes along the terminus noted here when compared with this image taken in December 2000. The crew continues to monitor most of the principal glaciers of Patagonia as science targets for Crew Earth Observations.

For more information on the observed history of Patagonia's glaciers please see: Historic Fluctuations of Outlet Glaciers from the Patagonian Ice Fields.