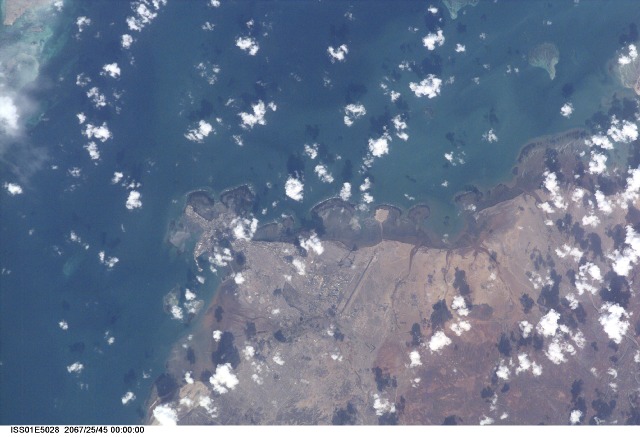 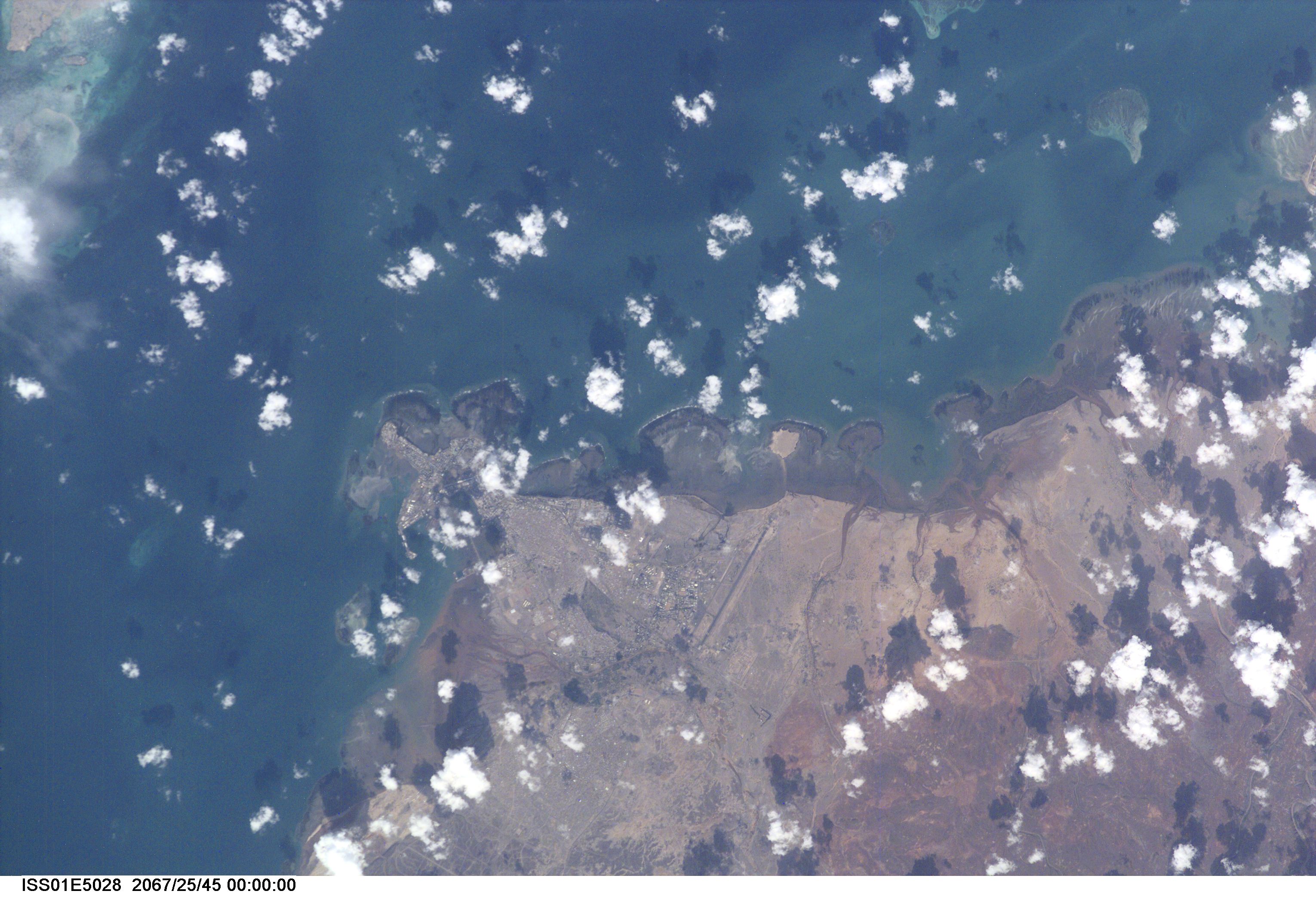 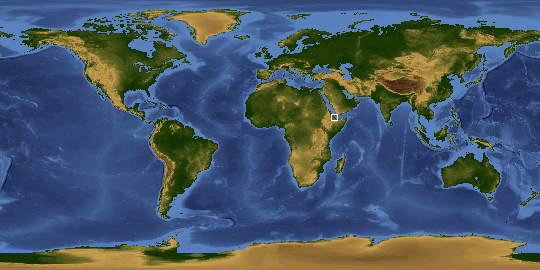 Other options available:
Download Packaged File
Download a Google Earth KML for this Image
View photo footprint information
Image Caption: Scarcely 100 years old, Djibouti, the capital city of the country of Djibouti, can be seen in this northeast-looking view taken with a 400 mm lens. Djibouti sits on the western shore of an isthmus in the Gulf of Tadjoura, an arm of the Gulf of Aden. Djibouti is surrounded a rugged and bleak landscape, that has a dry and hot climate. The population of Djibouti has grown from an estimated 96000 in 1973 to over 330000 in 1991 mainly due to the influx of refugees from the neighboring, war torn countries of Ethiopia and Somalia. With its strategically located port, Djibouti's economic importance results from the large transit trade it enjoys as the terminus of a railroad line from Addis Ababa in Ethiopia. The city has seen an increase in tourism in the past decade due a large number of cruise ships visiting the port. Besides tourism, salt production and shipbuilding and repair are other major industries. Below the center of the image, the long runway of the Djibouti/Ambouli International Airport is visible. Coral reefs are discernible in the upper left and upper right quadrants of the image.