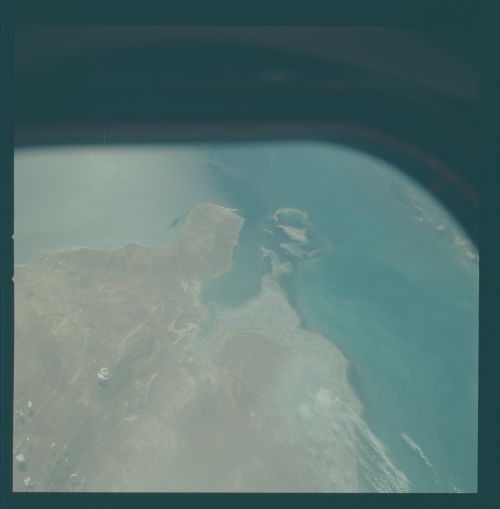 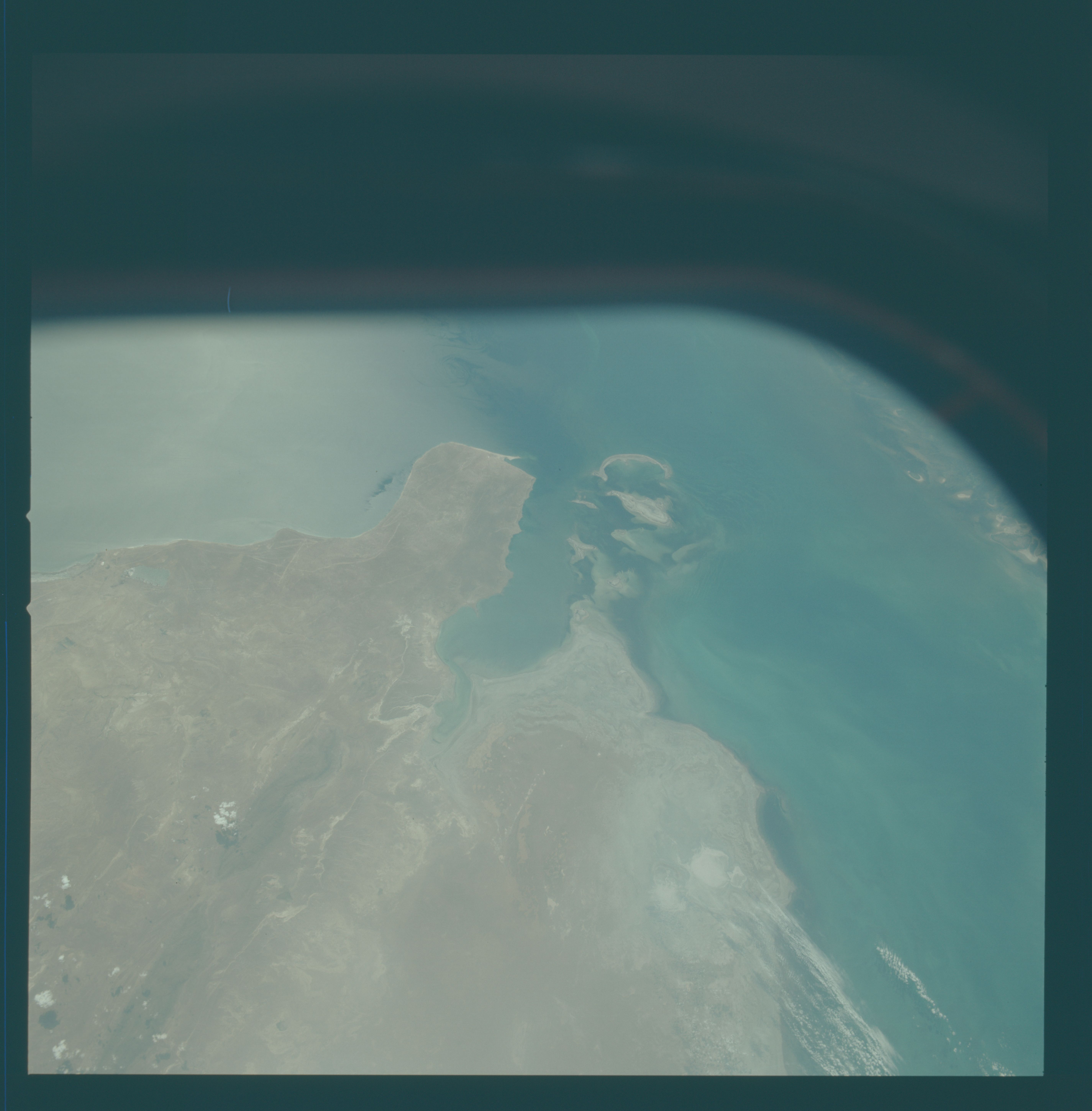 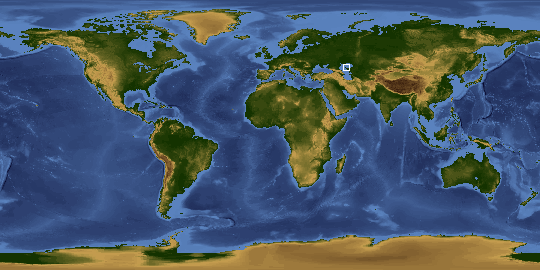 Sunglint outlines eddies (2) and waves (3) hitting the eastern Caspian
coast. Due to the arid climate, there is little sediment influx into
the sea. White areas (4) are salt-filled depressions which were once
flooded with seawater, but subsequently evaporated. This area is a
major oil, gas and coal producer; roads and settlements in this
otherwise desolate landscape (5) support this industry.