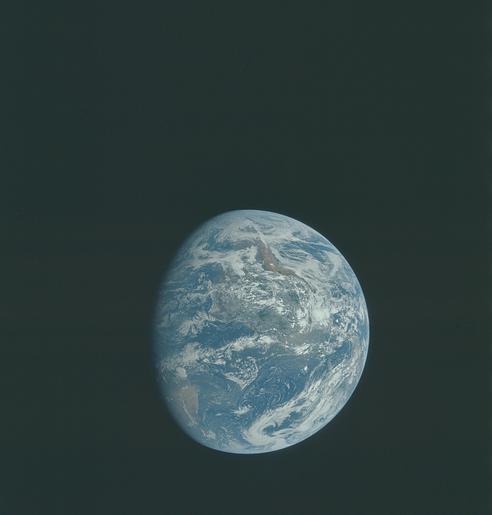 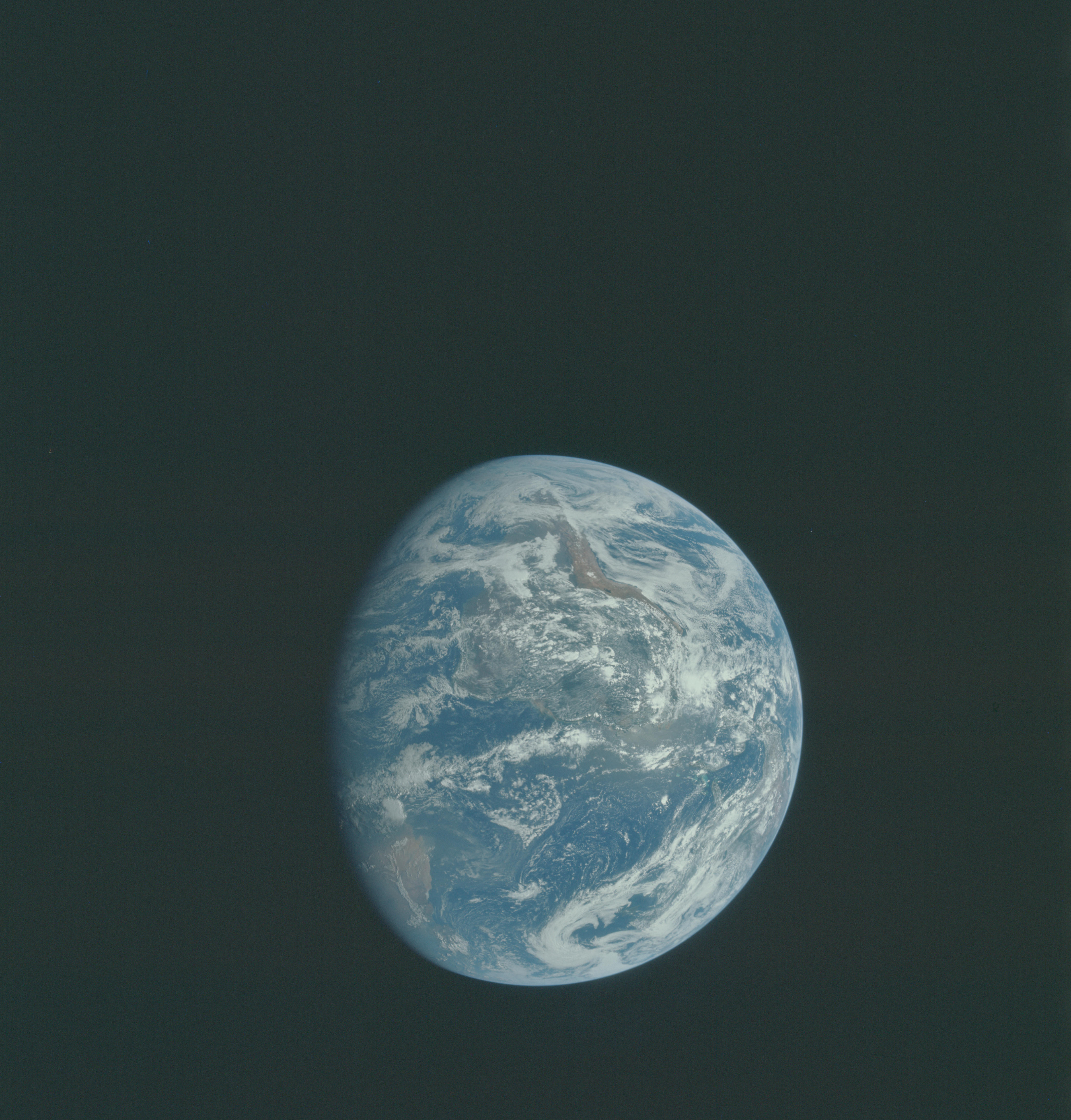 
Spacecraft Altitude: nautical miles (0km)
Other options available:
Download Packaged File
Download a Google Earth KML for this Image
View photo footprint information
Download a GeoTIFF for this photo
Image Caption: This view of Earth was photographed by the Apollo 15 crewmen as they sped toward the fourth lunar landing. The spacecraft was between 25,000 and 30,000 nautical miles from Earth when this photo was made. The United States (note Florida), Central America and part of Canada can be seen at the left side of the picture, with South America at lower center. Spain and the northwest part of Africa can be seen at right. The Bahama Banks, unique geological feature, can be seen (different shade of blue) east of Florida. Also note large North Atlantic storm front moving over Greenland in upper center.