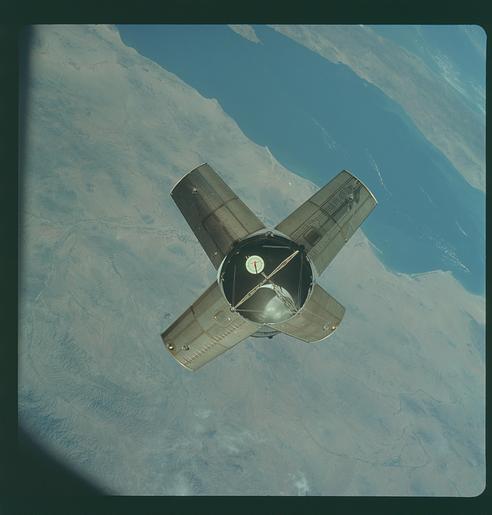 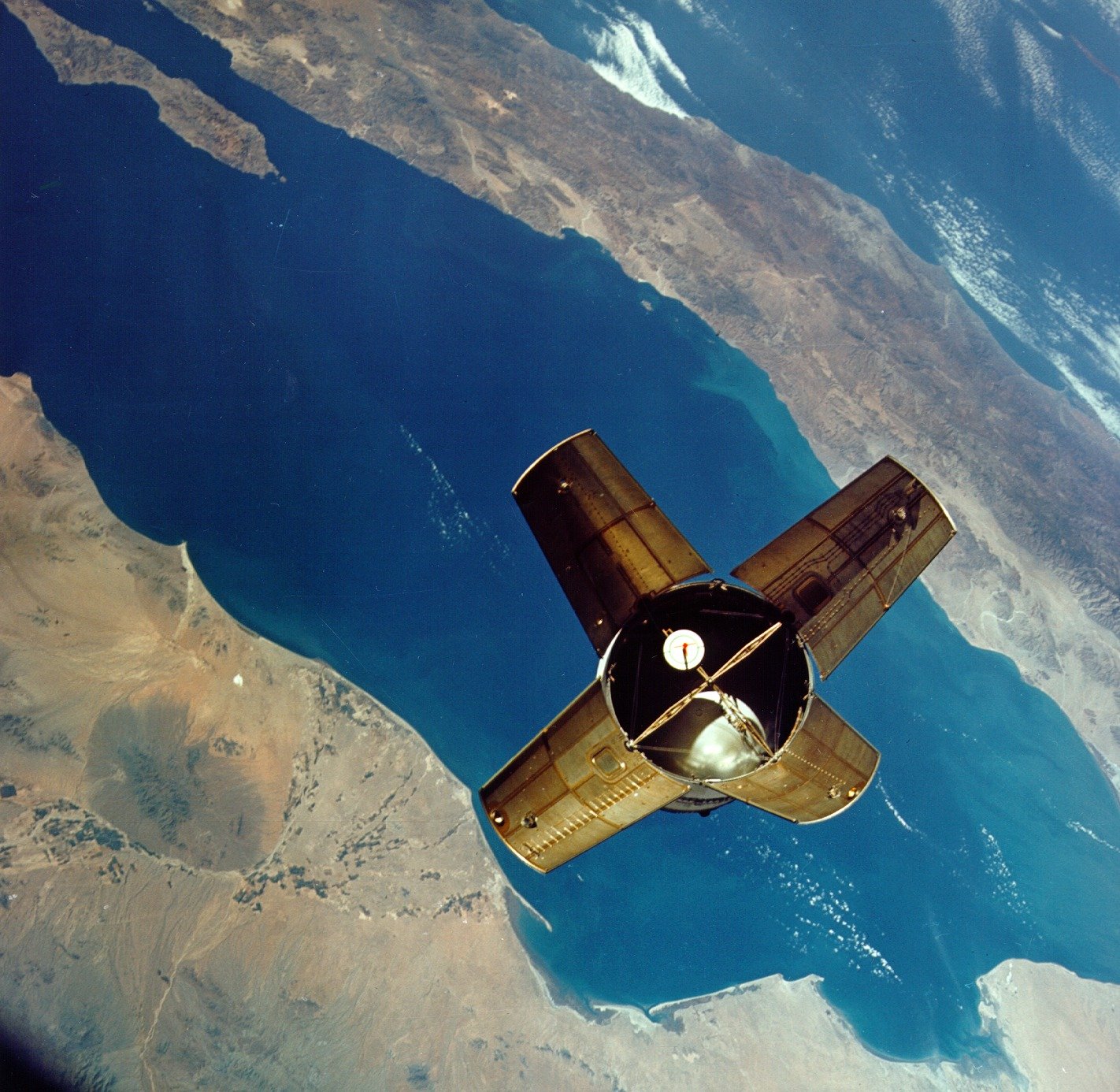 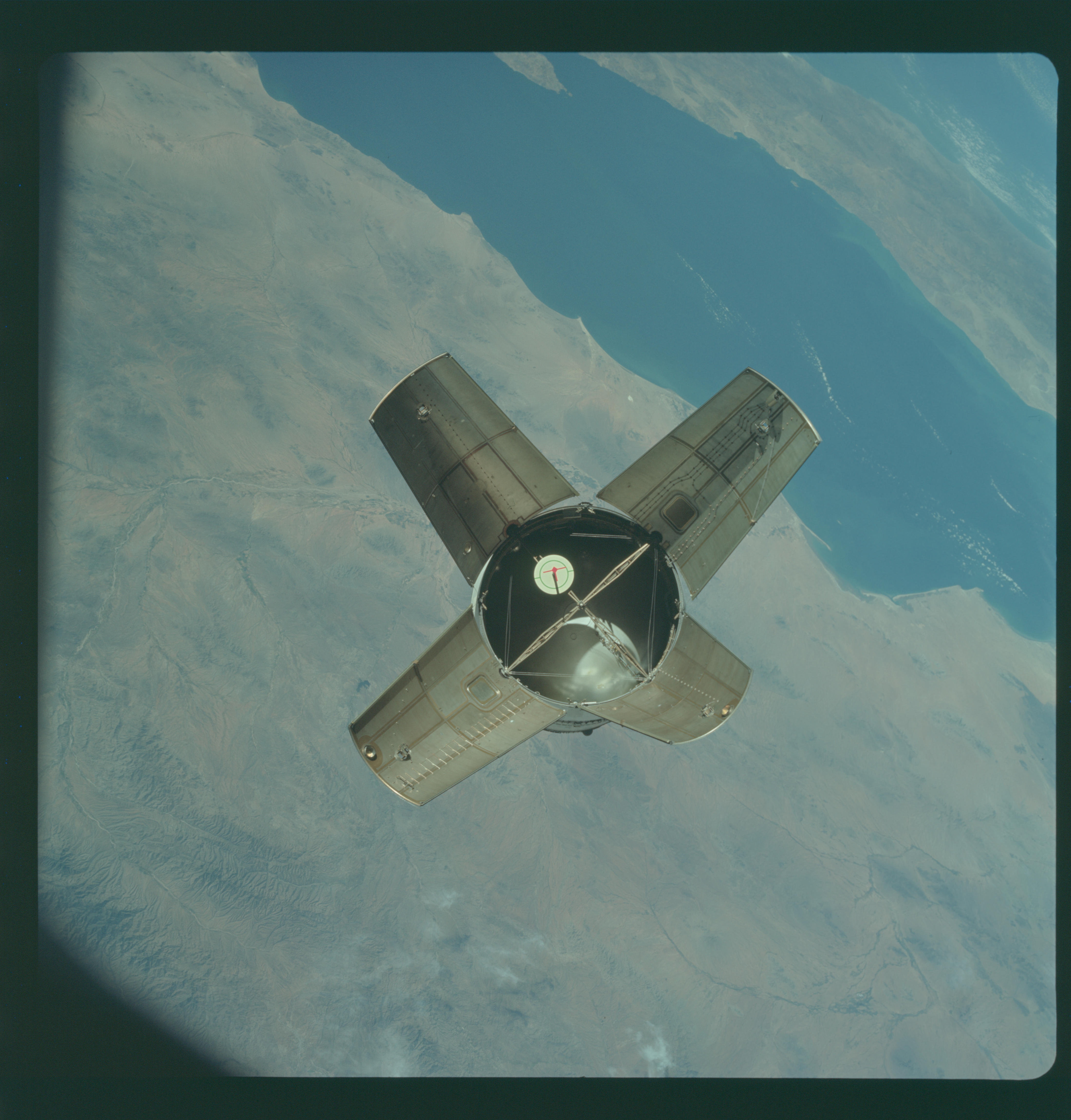 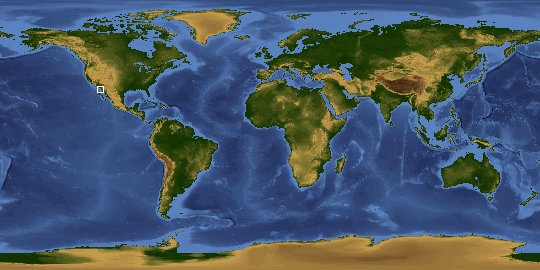 Other options available:
Download Packaged File
Download a Google Earth KML for this Image
View photo footprint information
Download a GeoTIFF for this photo
Image Caption: The expended Saturn IVB stage as photographed from the Apollo 7 spacecraft during transposition and docking maneuvers. This photograph was taken over Sonora, Mexico, during Apollo 7's second revolution of the Earth. The round, white disc inside the open panels of the Saturn IVB is a simulated docking target similar to that used on the lunar module for docking during lunar missions.